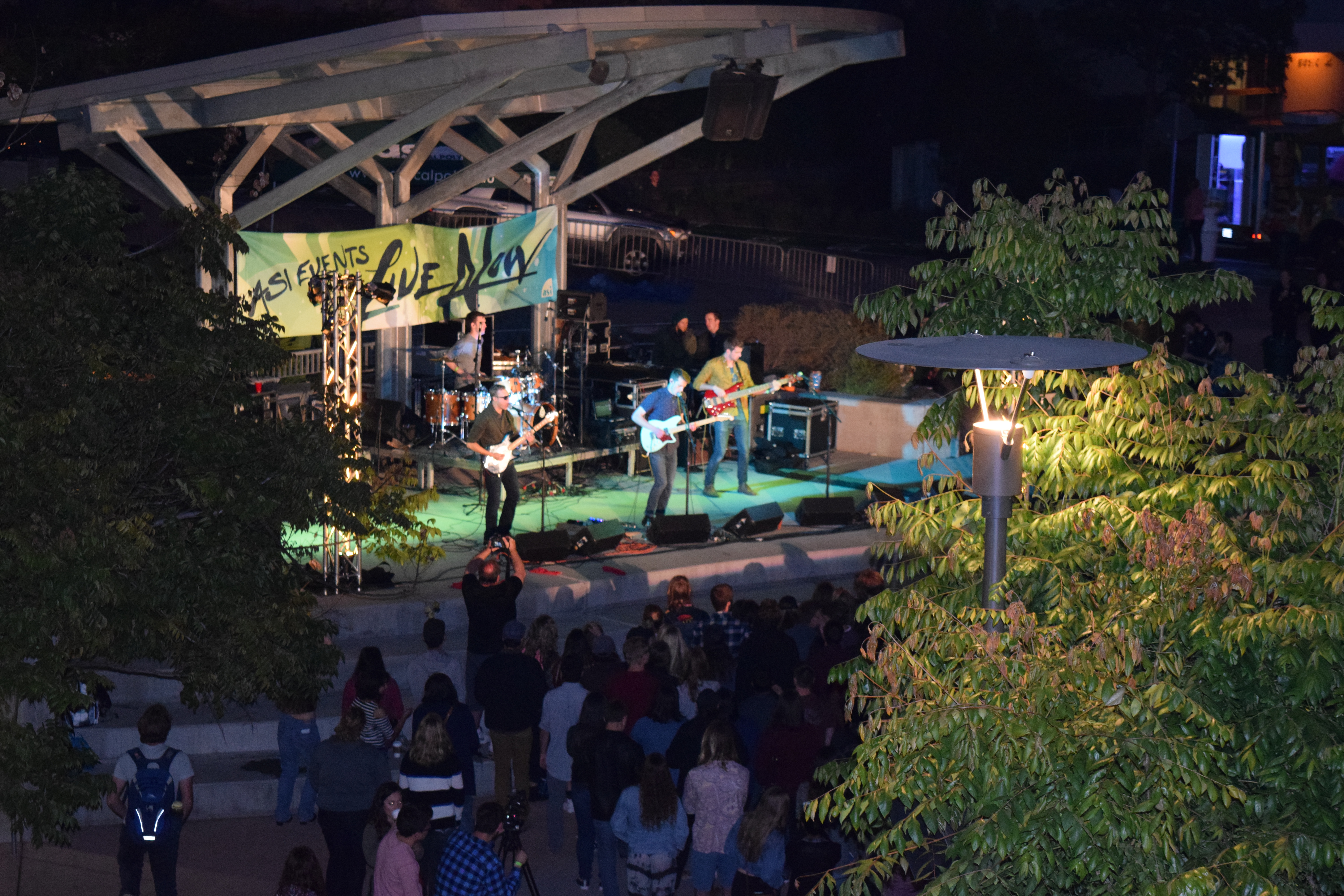 ASI and KCPR joined forces last Friday to put on Battle of the Bands; the event’s atmosphere encapsulated California’s Central Coast in atmosphere and talent.

The skies above San Luis Obispo offered rain, backed off, then showered the town again, all before the 6 p.m. start time. As the event staff braced for more pouring, they were met with sudden clear skies. Under this pleasant stroke of sun, Cal Poly SLO’s University Union Plaza (UU) was set for a cutthroat competition, but it quickly it evolved into a convivial celebration of San Luis Obispo’s flowering alternative music scene. 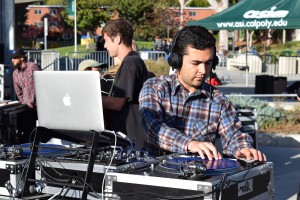 While I expected the campus event to feel relatively strict, it ended up feeling as free as free can be: free shaved ice from Shaka Shack, ice cream from SLO Mama Sweets, pizza slices from Woodstock’s, and tacos. Of course there was also free, quality music from homegrown bands. The fest was a back-to-back progression of 20-minute sets from the bands while intermissions were smoothly covered by KCPR’s own resident DJ Javi (Battle of the DJ’s coming soon?).

The Pacifics inaugurated the event with a sound they call “bluesy psychedelic rock.” Newly-formed in January, the mosaic of SLO musicians is still unifying their sound. As the crowd jammed out, people commented on rhythm guitarist and vocalist Ryan Corvese’s shirt, which read “MountainDo Me.” When asked about the shirt in a subsequent interview, he said, “It’s worked before.” Anyways, check out the new kids on the block for some awesome psych-vibes. 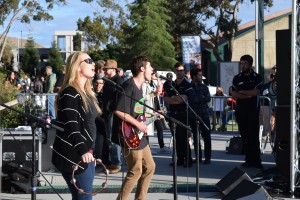 Next came the Hopeless Romantics, a two man blues rock show that shredded so hard that front man Isaac Rubin broke a string mid-set. Don’t worry though, a pounding drum solo from Michael Azevedo mitigated the surprise. The guitar came back in no time. The crowd was into it and the UU continued to fill up as more people came to see the battle royal.

For the third set: honestly, nothing. There were 20 minutes of honestly, nothing and the crowd loved it. If you’ve ever wondered what genre the sound of nothing falls into, it’s pounding emo. The band was a crowd favorite, likely thanks to honestly, nothing’s other successful local gigs. A recent set at Urban Outfitter’s on Monterey Street comes to mind. 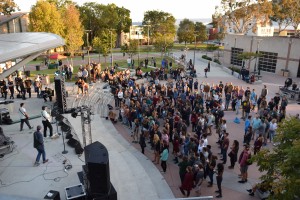 As the sun set, Bearcats came on to wow the crowd with their distinct DIY garage pop. They created a sophisticated sound utilizing only drums and bass. Fans of drum ‘n bass, the electronic genre, might find this outfit to be the bridge to garage sounds. The crowd continued to swell as the speakers drew them in to the group’s truly unique sound and aesthetic.

The sun dropped and the show-lights blazed on the final act: Box the Oxford.

Fans were ready, as many in the audience were wearing the temporary tattoos signature of the established local band. They reeled the audience in, telling them to come closer, incentivizing with beach balls. Talk about crowd control. Their set was a poised and exuberant experience. 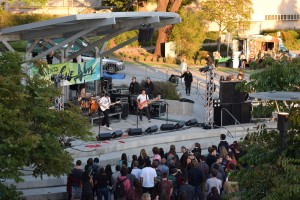 When I asked the indie surf band’s singer whether or not he had ever sneezed into a mic, the nature question following a successful set, he said, “Yes, I felt bad for the person going on after me.”

It seems that karma has forgiven him for this act; in the end they stole the show–and won the competition.

The event was top-notch, but it did not come easily. ASI Event Coordinator Ryan Viggiano expressed that panic was arising as looming rain concerns almost destroyed the event, which was almost moved inside. When asked how the transitions were so smooth compared to most shows, he said “adding a DJ and planning for the band’s AV needs ahead of time helped make that process an easier one.”

It Just Takes Two: Inside Bearcats

honestly, nothing. and Box the Oxford do Urban Outfitters

1/16 KCPR Presents: Box The Oxford and Honestly, Nothing. at Urban Outfitters