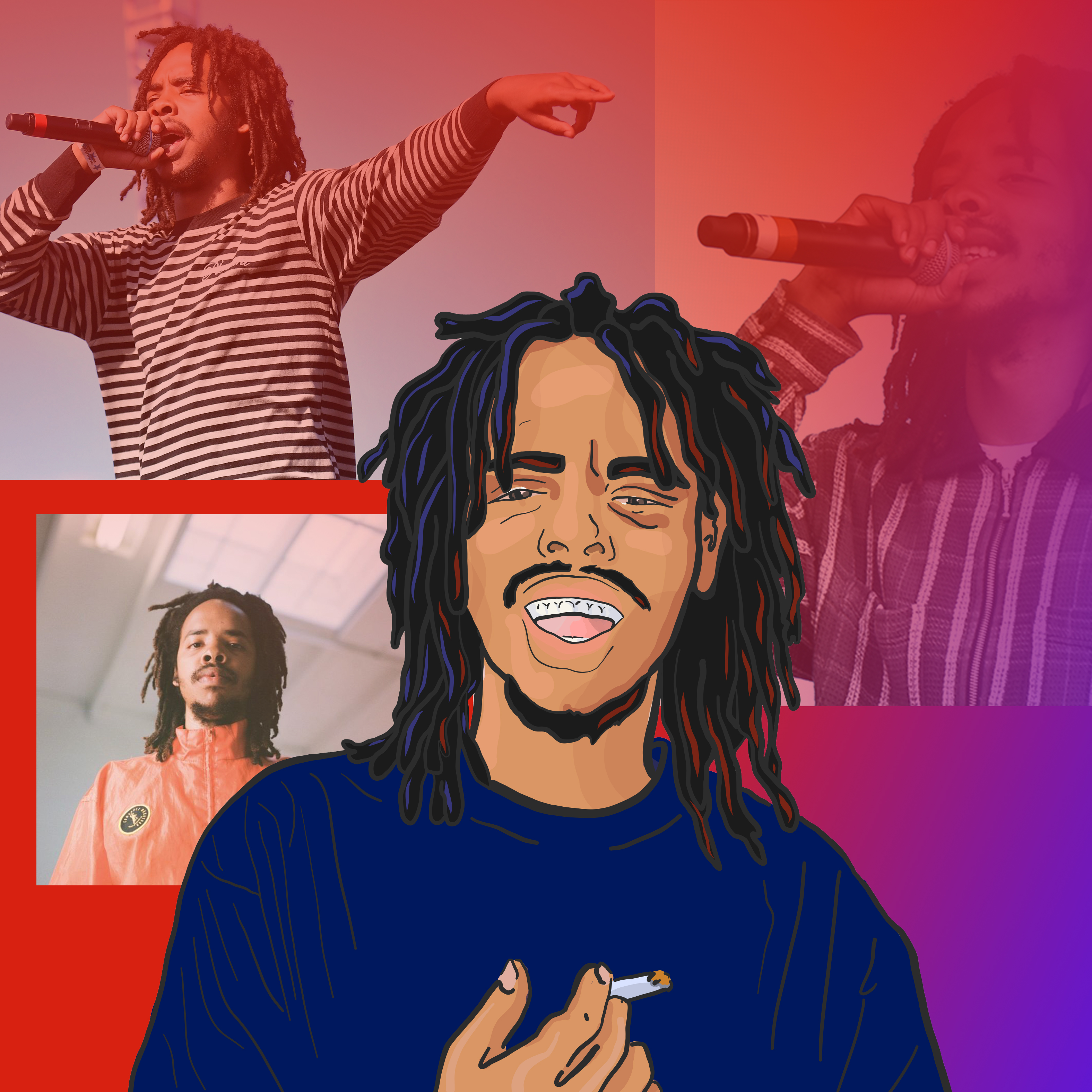 Sweatshirt, barely seventeen years old, stunned the nation with his depraved and violent lyrics about drugs, murder, and rape, ultimately sparking an involuntary hiatus after his mother sends him away to a boarding school for troubled teens in Samoa.

August 2013: After two years of silence and a few months of teasers, Earl releases Doris under his own record imprint, Tan Cressida, and Columbia Records. He handles most of the production himself under yet another pseudonym randomblackdude, with additional help from Matt Martians, Tyler the Creator, Samiyam, BadBadNotGood, and Frank Ocean.

The album hit #5 on the Billboard 200 and #1 on the US Top Rap Album chart. He, stepping straight back into stardom, exercises clear caution on Doris as he becomes re-acclimated to the reputation he left behind. This time, it felt as though he was one of the quieter voices on his own album and instead showcased his own ability as a producer, collaborator, and lyricist, placing himself back on the radar (as if he ever left).

March 2015: Earl releases I Don’t Like Shit, I Don’t Go Outside as a presentation of his purpose. Characterized by more obscure production and heavier beats, he somehow manages to marry the erratic free-verse and punctual motor-mouth meters of his past releases while still creating something fresh, new, and honest.  He presents himself so incredibly introspective that you’re almost unsure whether to believe him or not. The album, almost entirely self-produced, has oblique melodies and fuzzy beats nearly impossible to grasp by anyone other than himself. It’s dark, slow, glitchy, and wonderful. It’s Earl.

November 2018: Earl drops Some Rap Songs, literally. And you know what, he does so with such effortless grandeur that you cannot even get mad at him. 15 songs in 24 short minutes, each stranger and more complex as its prior. It’s softer and sweeter than his previous works — something he can finally show his mom — while still striving to project the Earl Sweatshirt he wants us to know. Described as “a dissertation on [him]self,” the album is a collage of lyrics, samples, memories, and iterations of Earl. As he grapples to project himself to us, we grasp on anything we can to better understand the artist known as Earl Sweatshirt and the man known as Thebe Kgositsile.

In an interview, he described writing music like “photographing lightning” — Some Rap Songs is like watching lightning strike the ground in slow motion in all it’s erratic and booming beauty. It’s somnolent and electrifying all at once. His beats wan and wax through distortion to the point of near crypticism, while his voice is what truly carries the rhythm. He turns half-syllables into sweet spots and cuts off measures when he feels like it.  Earl’s music is completely untouchable by anyone other than himself because his bars are the pulse that carries it.

The pseudonym “Earl Sweatshirt” seems to be a persona Kgositsile outgrew years ago, and yet, we cannot let go. Some Rap Songs straddles the fence between Earl Sweatshirt and Thebe Kgositsile. It’s a musical meditation of his career, the wild-child prodigy of Earl through the introspection of I Don’t Like Shit, plus a tribute to his parents and the forces that helped him grow with the ultimate result a bizarre and beautiful album unlike any rap — no, unlike anything, period. Since we will not allow Kgositsile to bury Earl, he forces us to reimagine him, and that is a compromise for which I am grateful.

April 2019: The dread-headed artist stands on stage at San Luis Obispo’s own Fremont Theater in a striped polo shirt and Nike sweatpants. 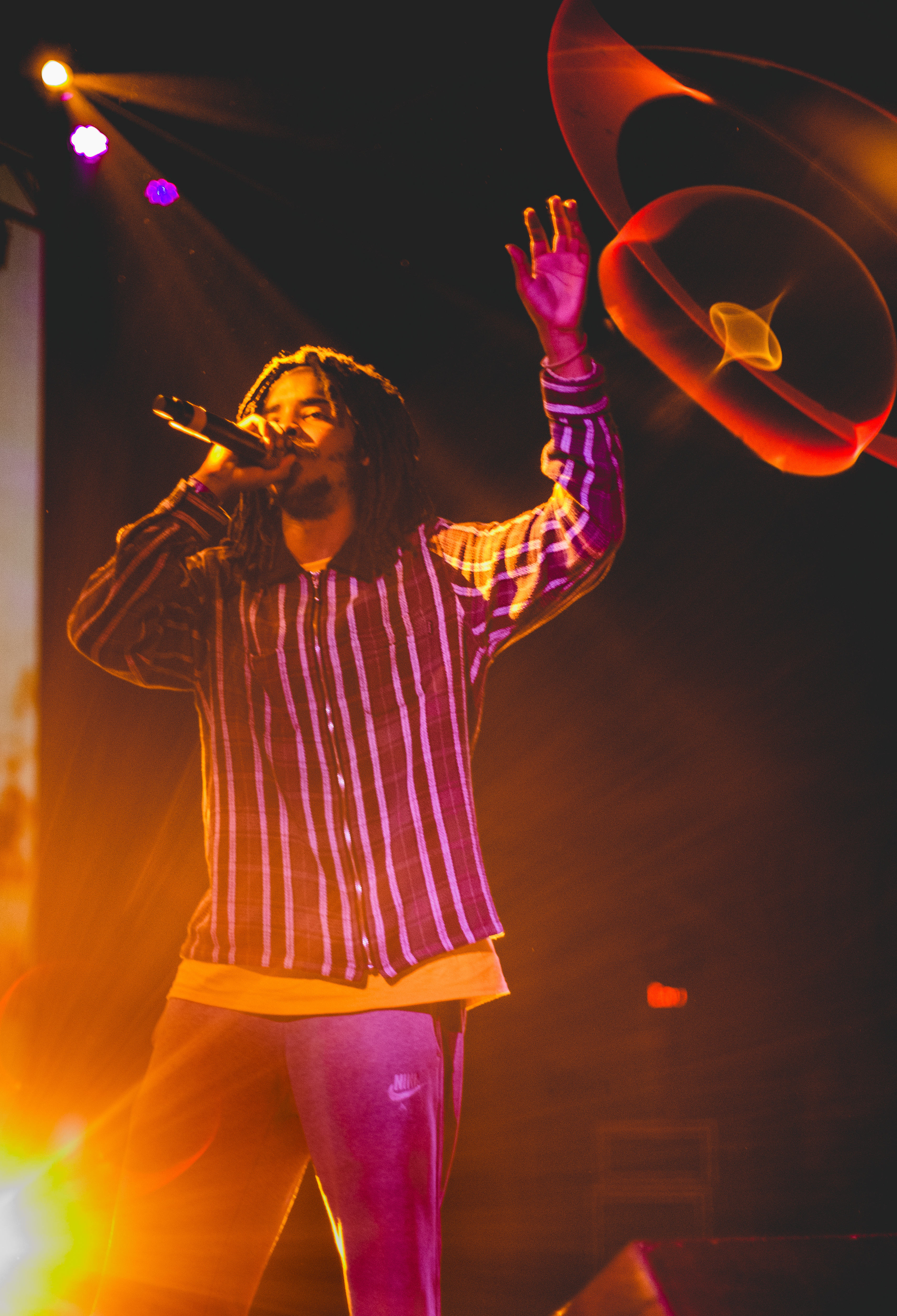 With poor posture and heavy eyelids he paces the stage in small, shuffled steps flanked by comrades and a bottle of Hennessy. He delivers song after song with effortless stoicism, punctilious even when mumbling. Most tracks are off his new album, such as “December 24,” “Ontheway!,” and “The Mint,” but he is careful to include some old favorites off Doris and IDLS (like one of my personal favorites, “Grief”). He was smiling, but calm, and only raised his voice above his usual brooding tenor to encourage a “woah” contest (it’s a dance, and SLO most definitely disappointed him). The surreality of his presence was almost too fitting at the end of the night, when he left without an encore.

Earl is the conglomeration of different genres, cultures, and eras, making him the face of an ever-shifting style. He is skilled beyond his years, philosophical and self-critical,  an introverted superstar. Yet, on stage, he remains the same Earl we’ve always known: eyes closed, as if he could care less what the crowd — or anyone, for that matter — is up to.

Olivia Peluso is a KCPR content contributor and a Cal Poly English junior. She wrote the article. Renee Kao is a KCPR staff member. She took the in-concert photo. Emma Hoban is a Cal Poly art & design junior. She created the illustration.