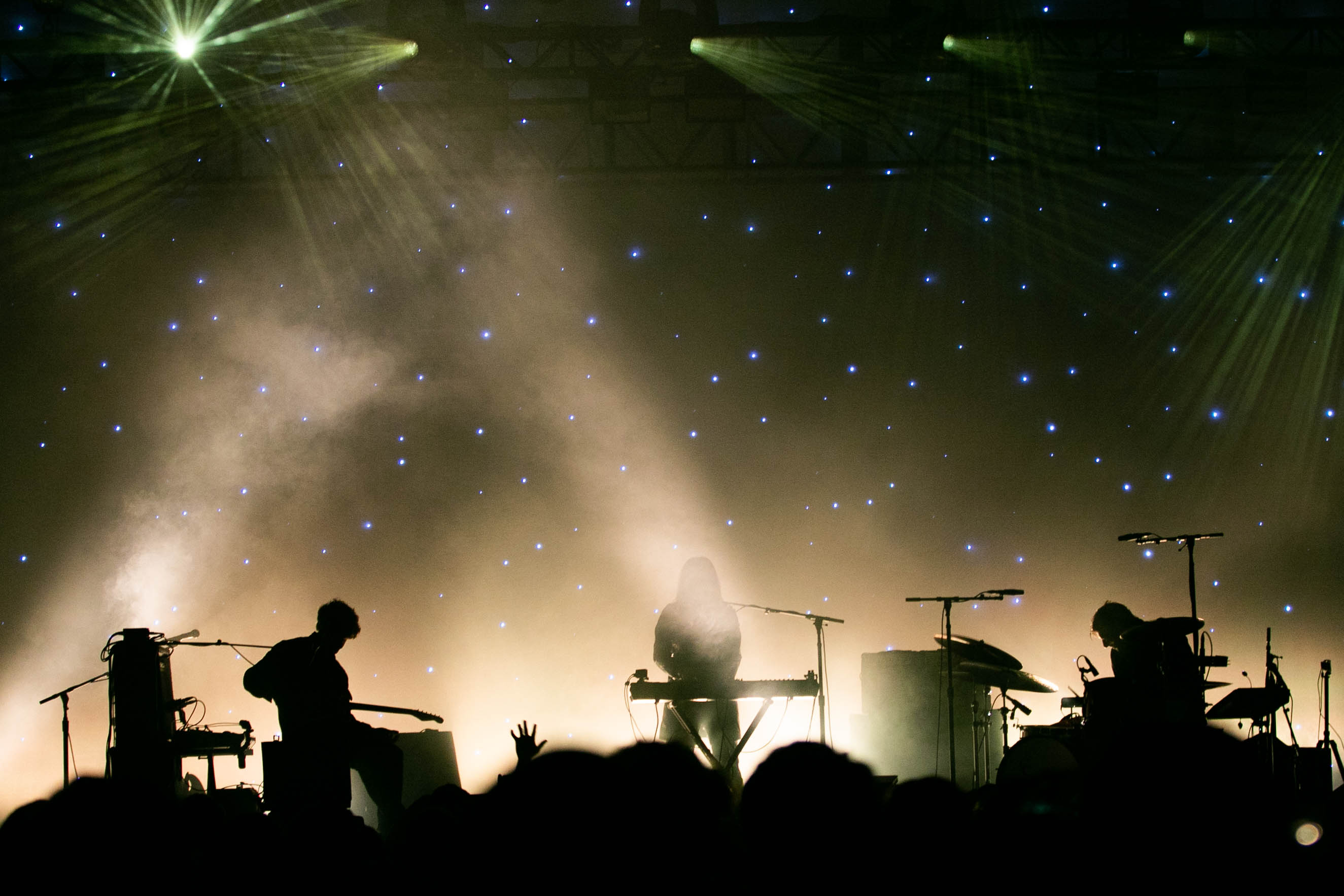 I’m lying on the floor in a fetal position with music tumbling in my ears. I press my cheek down against the ground, stare up at the Elvis Christmas Album hanging on my wall, and water the faux-fur carpet beneath me with salty tears.

The stray crumbs from an age-old Nature Valley bar dig into my side, and, on my desk, a stray noodle lies flaccid next to an empty cup of Top Ramen.

A diffuser sits in the corner, puffing out a blend of scents that traverse beneath my bed, rub into the pink rug I’m now scrunching between my fingers, and swirl in sync with my spinning record player.

Ok, here’s where I go all cliche and say, “you’re probably wondering how I got here,” as the camera slowly pans over my tear-stricken face, Elvis’ festive grin, and my rotating vinyl, all baking in essential oils and MSG, interrupted mid-scene by the power of a director’s whims. An overused technique, I know, but this isn’t Hollywood, and I’m no Spielberg.

The answer — Depression Cherry, the album currently spinning in my record player.

Tears may be a tad dramatic, but the essence of dream pop group Beach House is best described experientially, through the lens of vivid emotion and momentary revelation.

Since their 2006 self-titled debut, the Baltimore duo, made up of Victoria Legrand and Alex Scally, has progressed from the humble beginnings of lo-fi soundscapes to a band that’s spearheading undercurrent music trends and trailblazing through the dusty corners of the dream pop genre. They have a knack for turning lonely wine nights into milestones of vast realization, evening drives into Interstellar-like enterprises, and microwaved dinner Mondays into moments of self discovery.

Their ability to formulate this full-bodied sound lends itself to the processes in which they create their art. Language, is limiting on its own, and Legrand and Scally know this. Because of that limitation, they weave instrumentation and lyrics together in a holistic way, tethering the two to each other. Instead of restricting their art to a linear form of construction, their creative process splays itself across mediums simultaneously. The resulting product is one that occupies a single space, layered seamlessly to create a version of multimedia art that embraces music atmosphere and experience.

The band’s most recent album, 7, is a perfect example. Their use of keyboards, vintage organs, and string synths merge to form a contemplative, melancholic sound. In the song “Woo,” Legrand’s vocals lilt and sigh with the keyboard melody, soothing any rough edges with her soft, weightless voice. In “Lemon Glow,” she sings of a dimly lit room, and the undercurrent melody is lead by the mellow lull of organs. The resulting product is a sound and scene that mirrors the golden aura of dim lighting and the soft, warm hue of a lemon rind.

The dynamic nature of Beach House’s music has since invoked in me a desire to attempt to identify the feelings behind each song. Yet the problem with the exploration of human emotion is its often oversimplified categorization. We tend to sort our emotions in clear-cut boxes in efforts to make sense of how we feel. In doing so, we often streamline our feelings in a way that neglects other, more abstract modes of thinking. Because of this, I often find myself experiencing feelings that I can’t attach words to. “Grief,” “joy,” and “despair” don’t do my mental make-up justice. For me, emotions can’t be defined by individual words, and, because of this, I’m often desperately searching for some way to make sense of myself.

“Maybe the best proof that language is patriarchal is that it oversimplifies feeling. I’d like to have at my disposal complicated hybrid emotions, Germanic train-car constructions like, say, ‘the happiness that attends disaster.’ Or: ‘the disappointment of sleeping with one’s fantasy.’

My loss for words can’t be solved by language alone, and that’s where Beach House comes in. Their songs take steps in removing themselves from the reducing nature of language and place us in an expansive space that allows for the investigation of these complicated hybrid emotions. They take the things we all feel but have no labels for and, in turn, illustrate them through their art.

Imagine, for example, the spectrum of human emotion as an artist’s palette. If we use language alone to interpret this spectrum, we would only be able to dip our paintbrush in one color at a time. Beach House rejects this and smears the colors together, brushing and blending those feelings to produce beautiful, textured mosaics and complex hues.

The resulting illustration is a grandiose synthesis of experience that holds within it a powerful sense of connection. It’s an intimate and unadulterated exploration of what it’s like to be human, and that, in of itself, proves the band’s enduring relevance.

Alex Scally, the band’s guitarist, keyboardist, and backup vocalist, lends some words to this idea himself:

“I’m not wallowing in depression every second of existence; I’m not thrilled and happy every second of existence. The world is a complex place. As artists, I think we are all trying to create something true. Whether or not we succeed is for anyone else to decide. Truth is not good times, it’s not bad times. It’s a crazy, myriad trip of life, so we’re trying to hold a mirror to that, maybe successfully, maybe unsuccessfully. There’s not one feeling that we have when we’re writing or playing music; it’s a big feeling.”

What’s so comforting about this ‘big feeling’ is its ability to produce compassion. By painting emotions that are undefinable yet experienced by many, Beach House teaches us we aren’t alone, or that loneliness itself is universal. Their songs pull at our heartstrings and pluck at our collective unconscious, embracing the fact that these things we’re feeling aren’t merely happening in our heads — they’re happening in others’ too.

Beach House, to you, may be what falling in love sounds like, or perhaps it’s the soundtrack to those nights you spend alone, eating Top Ramen and drinking boxed wine. Either way, you can experience those feelings in the presence of the band this coming week, on Tuesday, April 28th at the Madonna Inn. Grab some tickets now before it’s too late, and be prepared for some salty-tear tunes. The emotions you may feel might possibly be undefinable, and that’s O.K.

Don’t Wake Me, I’m Dreaming ~ The Meaning of Dream Pop