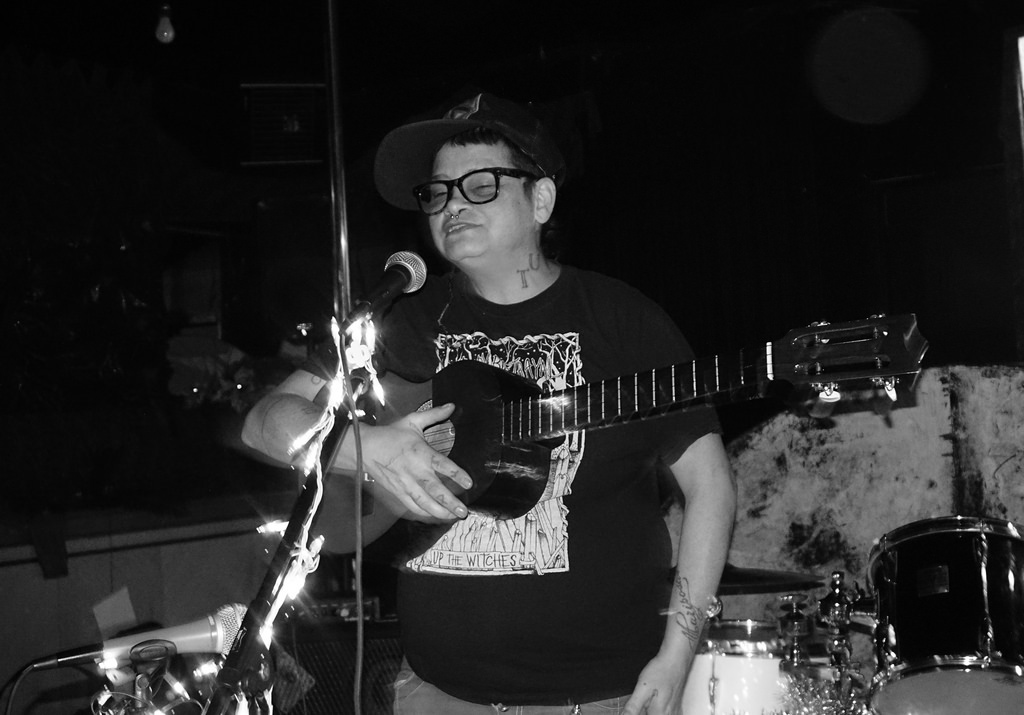 My first attempt at this story was to highlight LGBTQ+ and/or women of color who were forerunners of female empowerment during the 1990s’ Riot Grrrl movement. The underground feminist hardcore punk movement touched issues of sexual assault, sexuality, abuse, racism, patriarchy in music and female empowerment.

Through my research, it became clear to me that it was not documented as an inclusive movement. The way it has been documented makes one assume that the only groups remotely involved were cis, white women with smudged eyeliner.

This should not be seen as the image of the movement. In my opinion, like other political and social movements, the extremity of Riot Grrrl, has been whitewashed. Bikini Kill’s lead singer, Kathleen Hanna has expressed disappointment and dissatisfaction when looking back at the Riot Grrrl phenomena when she noticed that the loudest, most prominent voices from the movement were those of white women’s.

In my frustration of not finding these musicians to highlight within the Roit Grrrl movement, I compliment a list of bands fronted by LGBTQ+ women and/or women of color.

The all Asian-American girl band’s sound is part garage rock, part power pop, and 100% showcases the talents of Riot Grrrls of color.

Song to listen to: “Pineapple Boys Need Not Apply”

Sourpatch perfectly combines sour and sweet, just like the candy. Listen to them if you like Shoegaze performed by amazing women.

Downtown Boys formed in 2011 is a punk rock with a ska twist band thanks to the presence of a saxophone in many of their songs. The music is radical in the best way possible, their lyrics focus on topics such as police brutality and racism in the modern-day.

Song to listen to: “Wave Of History”

At the age of 51, this Venezuela native, has been the alternative music scene for many years. She definitely is not your average performer and songwriter.

Song to listen to: “Crack Whore”

If you’re looking to feel momentarily cool, just put on one of their albums. TV Tramp’s music is influenced by 1970s punk and 1950s rockabilly.

Song to listen to: “Vampire”

This 1990s band is a great listen to when angrily contemplating the exclusion of women of color in the punk music scene.

Song to listen to: “Isolation Burns”

Song to listen to: “Some Girls”