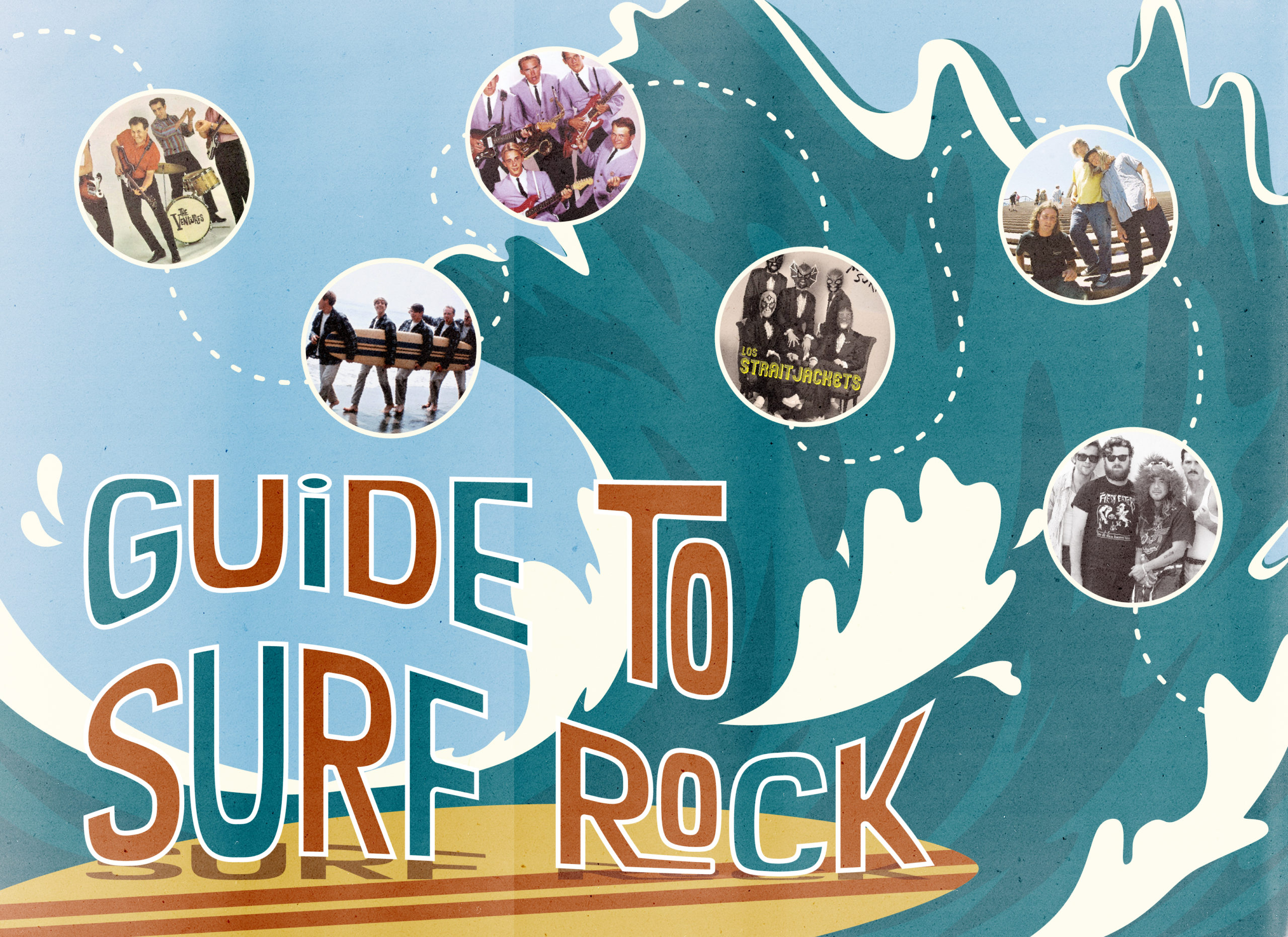 From legends like The Beach Boys to newly-emerging acts such as FIDLAR, the surf rock genre is ever-evolving and historically bound to the location where it was created — Southern California.

Ironically enough, the man who is credited with creating this quintessential West Coast genre was not raised in California. Pioneered in 1961 by Dick Dale, who is often dubbed the “King of the Surf Guitar,” surf rock quickly became a Southern California staple.

Born Richard Monsour in 1937, Dick Dale moved to El Segundo, California with his family in 1954. As a 17-year-old high school senior, Dale taught himself to surf as a way to get immersed in the surf culture that was growing in Southern California.

As the child of a Lebanese father and a Polish mother, Dale was exposed to world music at a young age. This early exposure had a large impact on his signature surf rock style, which was inspired by Middle Eastern music scales. His use of reverb combined with staccato picking led to the creation of the distinct pulsing electric melodies that surf rock is widely known for.

After years of experimenting with these new sounds and techniques, surf rock was brought to the mainstream after Dick Dale and the Del-Tones released their first studio album, “Surfer’s Choice,” in 1962. The existence of tracks like, “Let’s Go Trippin’” and “Shake ‘n’ Stomp” gave way to a surge of surf rock bands not just on the West Coast, but throughout Australia as well.

An Australian band called The Atlantics encouraged the combination of surf and garage rock to create darker energy than some of the California-based surf rock musicians at the time. This overlap of genres can be seen today in the evolution of surf music into the surf-punk genre.

Below is a list of a few surf rock bands who pioneered the genre, as well as their newer surf punk counterparts. Although this is not an all-encompassing list of surf music and its smaller sub-genres, these artists were influential to the development of surf rock music and the evolution of the genre.

The Ventures, formed in 1958 in Tacoma, Washington, were one of the first bands to help popularize the electric guitar. Released in 1961, their debut album “Walk, Don’t Run” uses fuzz and flanging guitar effects that encompass the early surf rock sound. This lead to the track “Walk, Don’t Run” being inducted into the Grammy Hall of Fame for its lasting impact on surf music.

The Beach Boys have become a household name, and summer playlists wouldn’t be the same without “Wouldn’t It Be Nice” or “Good Vibrations.” Building off of the evolving surf rock sound, The Beach Boys strayed from the primarily instrumental tracks that Dick Dale and The Ventures gained notoriety for by incorporating expressive lyrics and vocal harmonies. The inclusion of lyrics allowed for surf music to gain even more traction.

The Surfaris are responsible for arguably one of the most identifiable drum beats in rock history. Their track, “Wipe Out” has been used as the surf rock poster child time and time again. This instrumental track has been featured in the movies such as Dirty Dancing (1987), The Sandlot (1993), Toy Story 2 (1999), Herbie Fully Loaded (2005) and Surf’s Up (2007), just to name a few.

Released in 1995, “The Utterly Fantastic and Totally Unbelievable Sound of Los Straightjackets” is the gateway between vintage to modern surf rock. Los Straightjackets have a heavier, more aggressive energy than their earlier counterparts, but they continue to incorporate the stylistic techniques that constitute the surf rock sound. While keeping true to surf rock’s instrumental roots, Los Straightjackets rely on their ability to innovate the technical side of music, as opposed to the lyrical.

FIDLAR is the first band on this list to embody the modern Southern California surf-punk sound. To keep surf rock youthful and prevalent, bands like FIDLAR have incorporated their own angsty spin on the normally relaxed genre. Their self-titled album FIDLAR is the perfect example of the modern surf rock sound and the influence that artists like The Surfaris still have on the genre.

Skeggs maintain a contrast between surf rock and surf punk that makes their sound energetic, yet laid back. Their album “My Own Mess” is a great place to start if you are looking for a sound somewhere between The Beach Boys and FIDLAR.

This San Diego-based surf punk band has a dynamic, in-your-face energy that may make you want to scream. Unlike their predecessors whose music embodies the feeling of riding the perfect wave, Beach Goons encapsulate the feeling of getting tossed off your board and into the water.

Your Guide for the Ultimate California Art Museum Road Trip