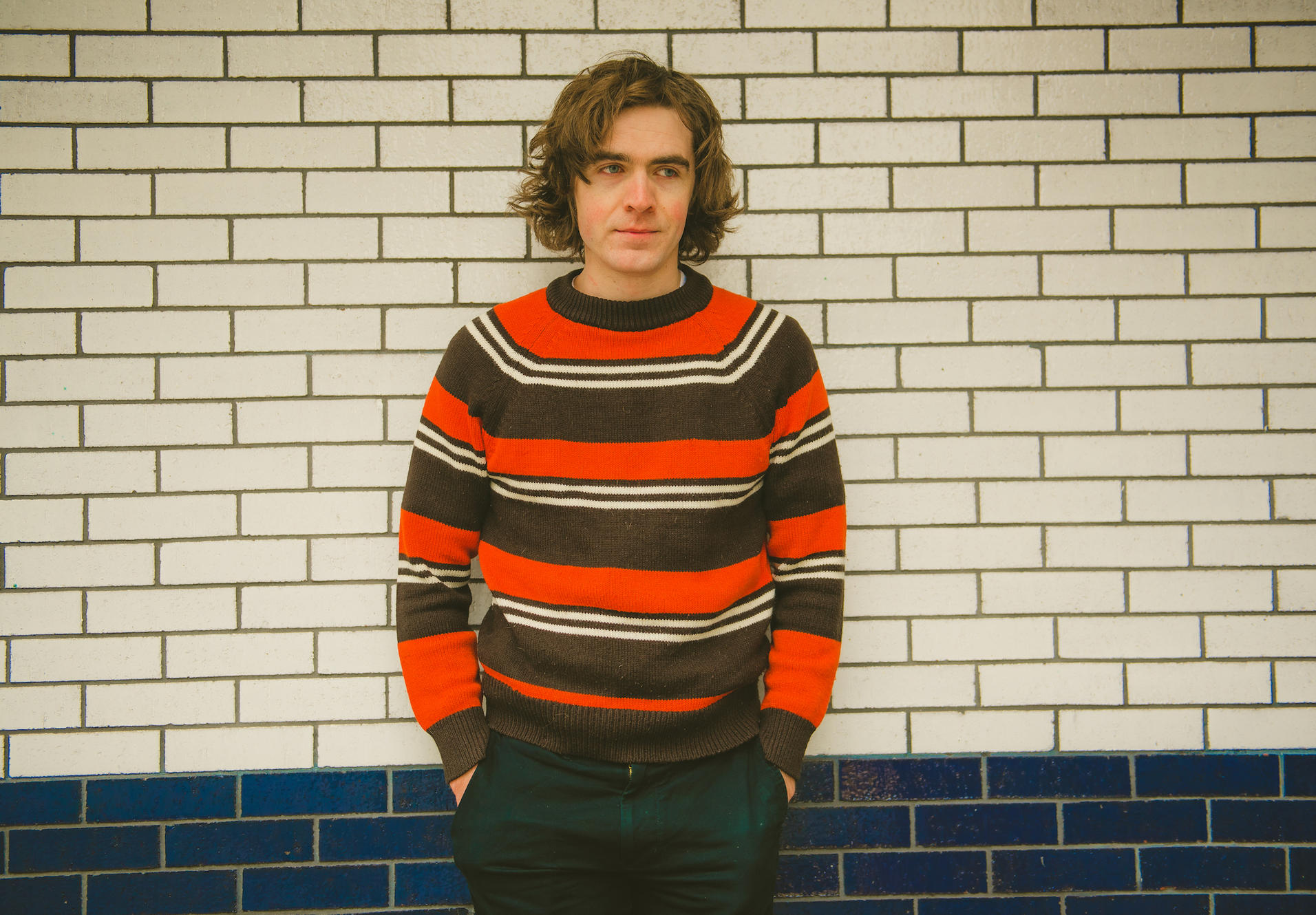 Editors Note: This article has been adapted from a previous format. This is an archived KCPR interview from 2018 Desert Daze, when Cut Worms was touring for his album Hollow Ground. In preparation for this year’s festival, we’re kicking it off with a little sneak peak of what is to come.

Cut Worms have been compared to a swath of musical legends such as Bob Dylan, Leonard Cohen, The Beatles, and The Everly Brothers.

Max Clarke is the man behind it all.

The comparisons come for good reason — Cut Worms is a project that elicits nostalgia for a more innocent time in music. His jangly guitar riffs, echoing vocals, brass accompaniments, and unassuming melodies create a sound that you’d hear through the speakers of your parent’s record player. Or, you know, the record player of a really hip college kid.

Clarke has been on tour following the release of his latest album, Hollow Ground, and I was able to catch him on the Sunday of last year’s Desert Daze. Between his soft-spoken words, Thee Oh Sees “C” is blaring over the PA system. Often, I only briefly catch his words, but they hold profound truths of the character behind Cut Worms.

JM: Start off by telling us how you would describe the Cut Worms project in your own words.

MC: I don’t really know how to describe it, I guess. I usually just call it rock and roll.

I know you’ve been compared to Leonard Cohen and other legends. You’ve got a nostalgic sound that takes inspiration from the ’50s and ’60s. Is that a reflection of your personality?

Probably. I wasn’t necessarily going for the nostalgic thing consciously, it just kind of happened I think. I just like that kind of music, so it came out that way. But how I feel does come out in my music.

The phrase “Cut Worms” is a reference to a William Blake poem. Is poetry a big influence in your music?

Yeah. I’m not a poetry expert or anything, but there’s certain things that I’ve drawn from that I’ve made connections with, so, yeah. In some respect, it does.

You came from a big baseball family. How did you end up taking the plunge into doing music?

I played sports and stuff when I was younger. My dad listened to classic rock and stuff, so I’ve always been around music. At some point, I expressed interest in wanting to play music and my mom bought me a five dollar guitar from a garage sale. I started messing around with that and a couple of my uncles — one lives in LA and one lives in Oklahoma, they were both musicians — they subtly pushed me into doing music.

Who were the influences that they passed on to you?

Everything. The Beatles. A lot of late ’70s punk, like the Buzzcocks — That was the music that they came of age to. They were all pretty well versed, so a lot of stuff. Bob Dylan.

Are there any artists — contemporary artists — that you listen to, or are you more of a classics guy?

I do listen to mainly older stuff for some reason, I don’t know. There’s some modern stuff I listen to. A lot of it nowadays are people I know, friend’s bands, or people we’ve toured with, like the Lemon Twigs or Meg of Hand Habits. I like her stuff a lot.

I’ve read somewhere that you’ve worked closely with Jonathan Rado of Foxygen. What was that experience like?

We definitely connected on some stuff. We both already liked a lot of the same things, so it felt natural to work together. It was really fun with working with him.

We’re at Desert Daze, doing the camping thing. Are you much of a camping guy?

I do like camping. I don’t think we’re camping tonight. We’ve been on tour for a while, so we don’t have any camping gear and we couldn’t afford to buy it just for this weekend. We’ll probably just end up in another cheap motel. A couple of years ago, I did a cross-country trip with my girlfriend and we camped a lot. It’s fun, but you’ve got to weather the storm like I’m sure people here are doing.

Do you have any advice for any of the college kids reading this that want to get into the music scene?

If you want to make music, make it for yourself. Don’t try to make something that you think is going to fit into a scene. Trust your instincts, I guess.

Jakob McQuade is KCPR’s Editor-in-Chief and a Cal Poly Journalism senior. He conducted the interview and wrote the article. Featured image credit to Cut Worms.

Phase II Transmission of the Desert Daze Lineup Has Arrived