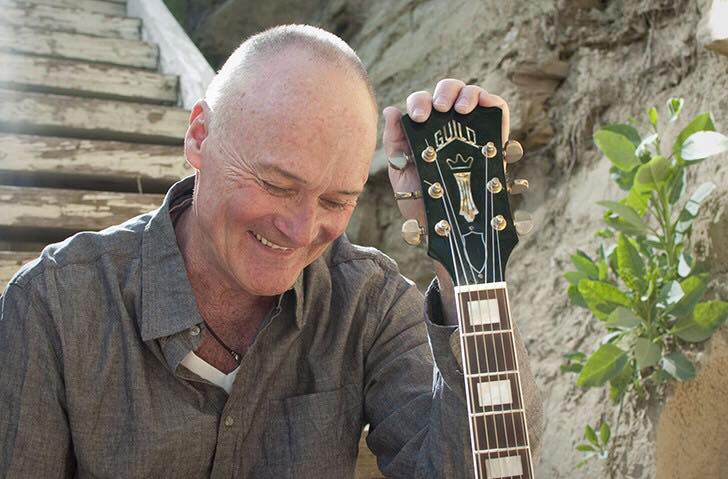 Actor Creed Bratton’s familiar voice rings out over the phone as if he were right back in front of the camera at Dunder Mifflin, his laughter indistinguishable from that of his character on “The Office.”

Today, the actor may be best known for his role in the sitcom – but his first love was rock and roll.

Bratton’s roots can be traced back to his childhood, when he spent his days learning guitar chords from his grandfather in the mountains of Yosemite, Calif.

By age 17, Bratton was working as a professional musician. He performed music at dances through college, then spent over two years touring Europe as a member of the Young Californians. Soon after, he joined another group, the 13th Floor.

But Bratton’s music career really took off when he became the lead guitarist for the rock band the Grass Roots. In the summer of 1967, the band’s single “Let’s Live for Today” became a Billboard Top 10 hit, the first of many successes. Bratton recorded four albums with the Grass Roots, becoming one of the best-known American rock bands of the 1960s and 70s.

But in 1969, Bratton broke from the Grass Roots.

After leaving the Grass Roots, Bratton’s focus fell on acting. He studied under the Meisner technique, an acting method which focuses on getting in touch with emotional instincts and impulses to create as realistic of a character as possible. After parts in some plays and movies, Bratton landed a role on “The Office” as himself.

Bratton played an odd, eccentric figure whose life remains largely a mystery. The character is a self-proclaimed former addict, homeless man and hippie, with a rather dark edge to him.

In a deleted scene of the episode “Booze Cruise,” Bratton’s character even talks about his time in the Grass Roots.

Nowadays, Bratton is back to focusing on music and has been touring for ten years now. Last Thursday, he performed at the Fremont Theater with the band The Walnuts.

“We’re gonna get to rock a little bit,” Bratton said on the day of the local show. “I’m very excited about that.”

When asked if he had any favorite songs to perform, Bratton has trouble narrowing it down.

“Each [show] is just different,” he said. “I’ve dusted off a few old [songs] that I’d forgotten about, one song called ‘Move to Win’ and one I call ‘Faded Spats.'”

Bratton has to leave, suddenly. He needed to hit the road from his Los Angeles studio to make the Fremont in time, he explains, and his band is ready to load up.

The faint rattling of equipment can be heard in the background. Despite being in a hurry, Bratton still takes the time to add, “Hope you’ll be at the show.”

Kelly Martinez is a KCPR staff member and Cal Poly Journalism major. She conducted the interview and wrote the article. Image courtesy of Creed Bratton.