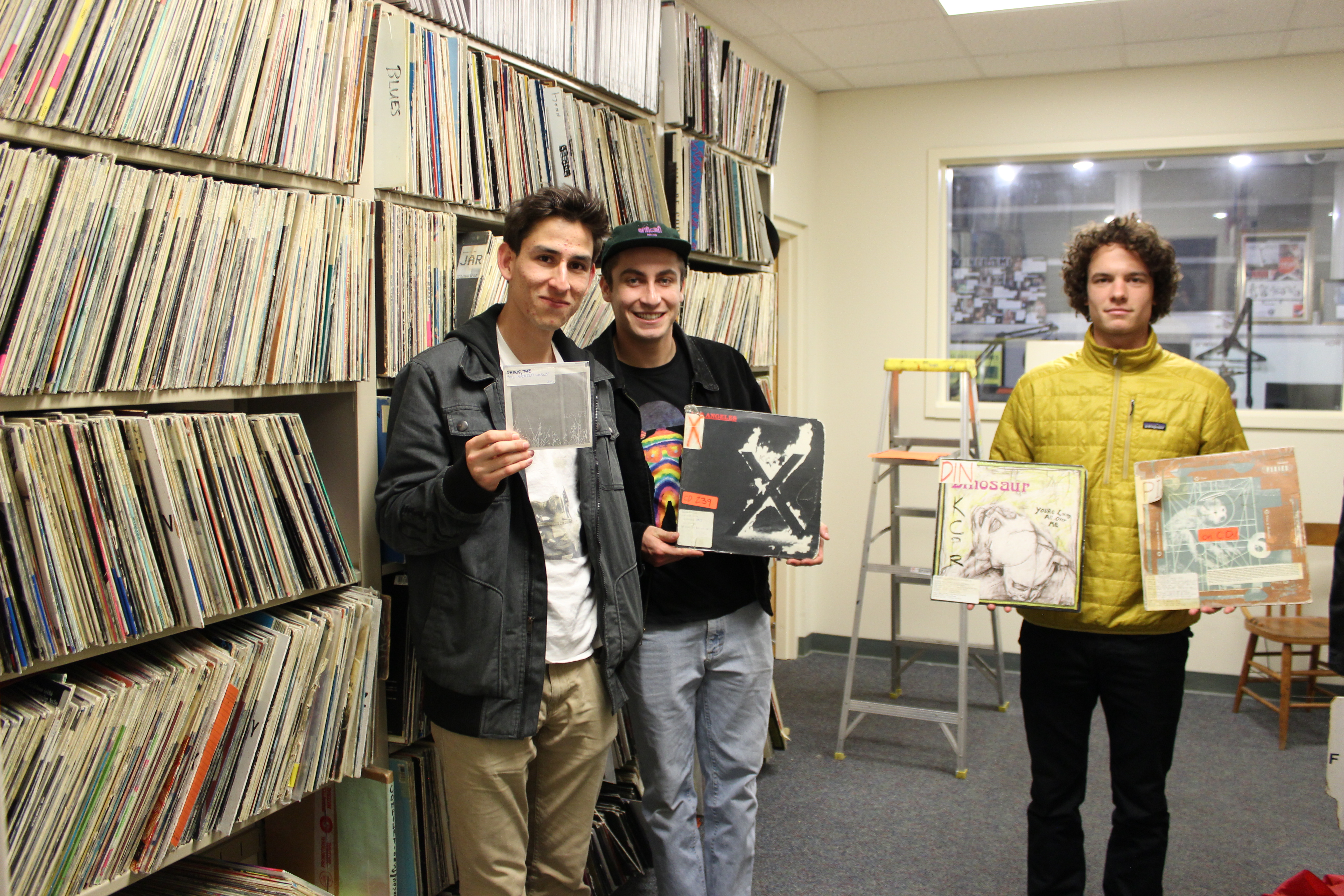 Following the release of their new album, Allons’y, Dudeo Perez is the local band on everybody’s radar.

Band members and Cal Poly Students Jackson Reynosa, Noah Boland, and Spencer Cefalu joined us in the KCPR studio to talk about their album and share their musical influences.

Each of the members have music pulsing through their veins. Between releasing and album and turning their house into a makeshift concert venue, Dudeo Perez is on top of the San Luis Obispo DIY music scene.

After spending a painstaking 25 minutes leafing through the well-loved archive that is the KCPR stacks, each of the members selected albums from their biggest influences.

Check out the full in-studio interview with Dudeo Perez below:

Listen to their new album, Allons’y, down below:

Jakob McQuade is KCPR’s Editor-in-Chief and a Cal Poly journalism junior. He conducted the interview and wrote the article. Jo Anna Edmison is a Cal Poly sophomore and a KCPR DJ. She made the video.