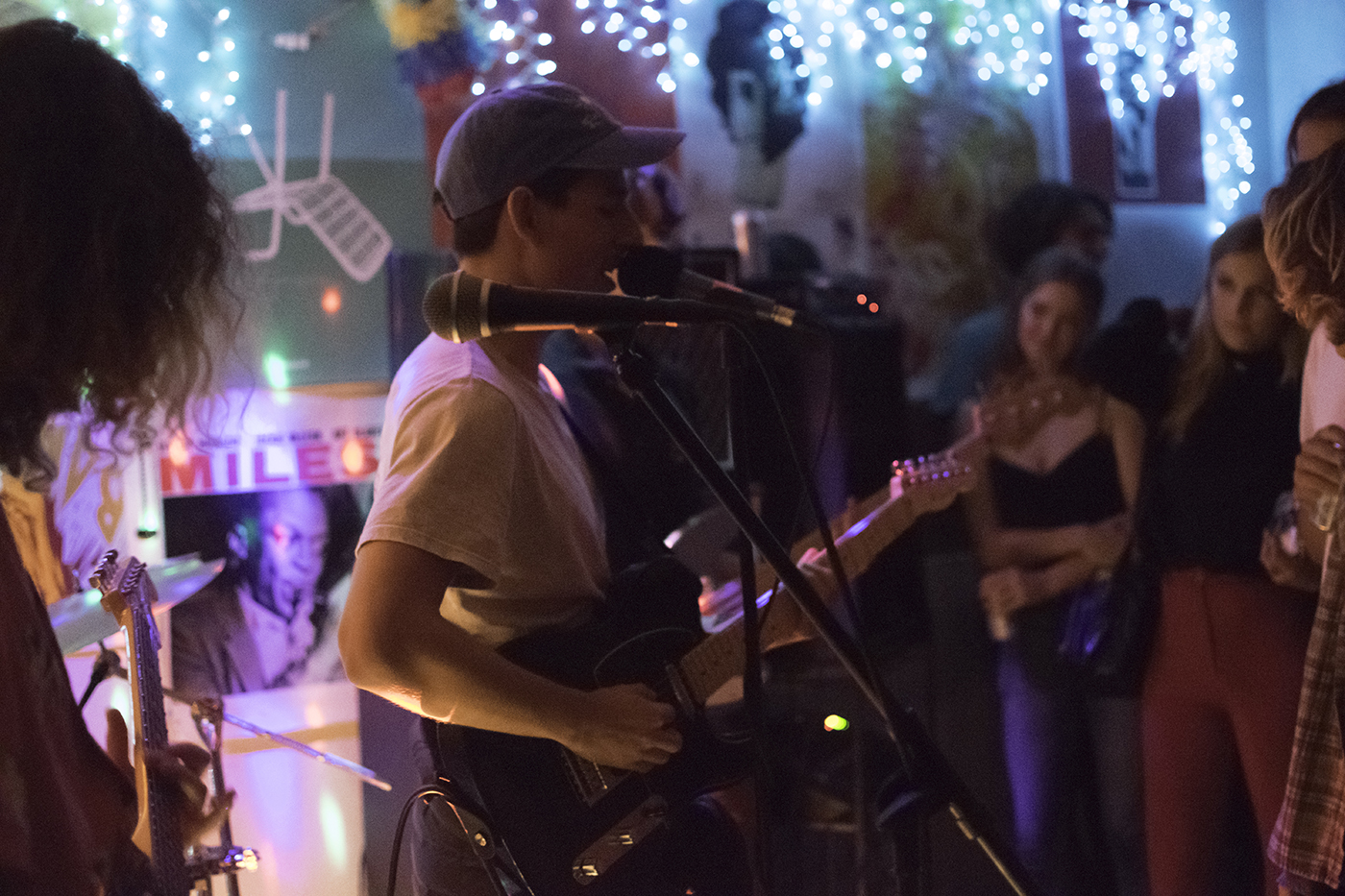 A wave of sound is taking over San Luis Obispo’s music scene with the rise of Dudeo Perez, a new alternative rock/pop band consisting of three Cal Poly students and one high school student.

The band has performed at venues across the Central Coast and plans to release its first EP in 2019.

Three of the four band members share a roof and open their home up for local bands to perform, creating one of the many DIY venues in San Luis Obispo.

Although the majority of the band members sleep, eat and perform at their house on Jeffrey Street, their musical horizons reach further than that. The band performs at other local venues, plans on writing more music and hopes to increase its fan base in the process.

Although all four members became friends in their hometown of Ventura, each began their music careers at different times.

“I was in a cover band back in the day where I played drums … mainly just dad rock,” communication studies junior Reynosa said.

Cefalu, on the other hand, said he did not start playing music until his senior year of high school.

“This is my first thing ever and it’s great that it’s with my best friends,” graphic design sophomore Cefalu said.

Environmental management and protection junior Boland said his experience with past and current bands, having grown up playing with his father, has allowed him to transfer his knowledge to Dudeo Perez. Each member brings a unique style to blend into their creative melting pot.

Dudeo Perez slowly crept into San Luis Obispo’s music scene in early July 2017 and draws inspiration from alternative rock bands such as The Strokes, Catfish and the Bottlemen, Deep Sea Over and The Shins.

The band’s house on Jeffrey Street is a hotspot for local and touring bands to perform in an intimate setting. The stage lives in their living room, where music goers touch shoulder to shoulder, competing for the best view in the house.

The typical quiet of Jeffrey Street transforms into a crowd-pleasing ambiance when the musicians of Dudeo Perez plug their electric guitars into the amps.

Dudeo Perez is no rookie to putting on house shows, either. The band has developed a keen system of canceling out noise by bordering any open cracks or doorways with house members’ mattresses.

Contrasting from performing at other venues, their house shows allow them the freedom of playing what they want, how they want and for however long they prefer. Their growing audience is no stranger to the typical setting provided at their house-turned-concert-venue. Most people find out about their shows through the social media accounts of members or Dudeo Perez’s Instagram, @dudeoperez.

Performing outside their house

Aside from playing at their own shows, they had their first gig Aug. 12 at Bombay Bar and Grill in Ventura. Not only have they made appearances at the their own house shows on Jeffrey Street, but also at smaller venues such as the Cuesta Ridge show on Oct. 27 and gigs in Ventura.

Dudeo Perez expects a heavy schedule once they finish recording for their EP. They plan on performing at more shows to help gain attraction to the EP.

If anything, Jeffrey Street is just a checkpoint for their long journey ahead.

This article is a cross-post from Mustang News and was written by Mustang News staff member Ally Madole with photos from Alison Chavez.