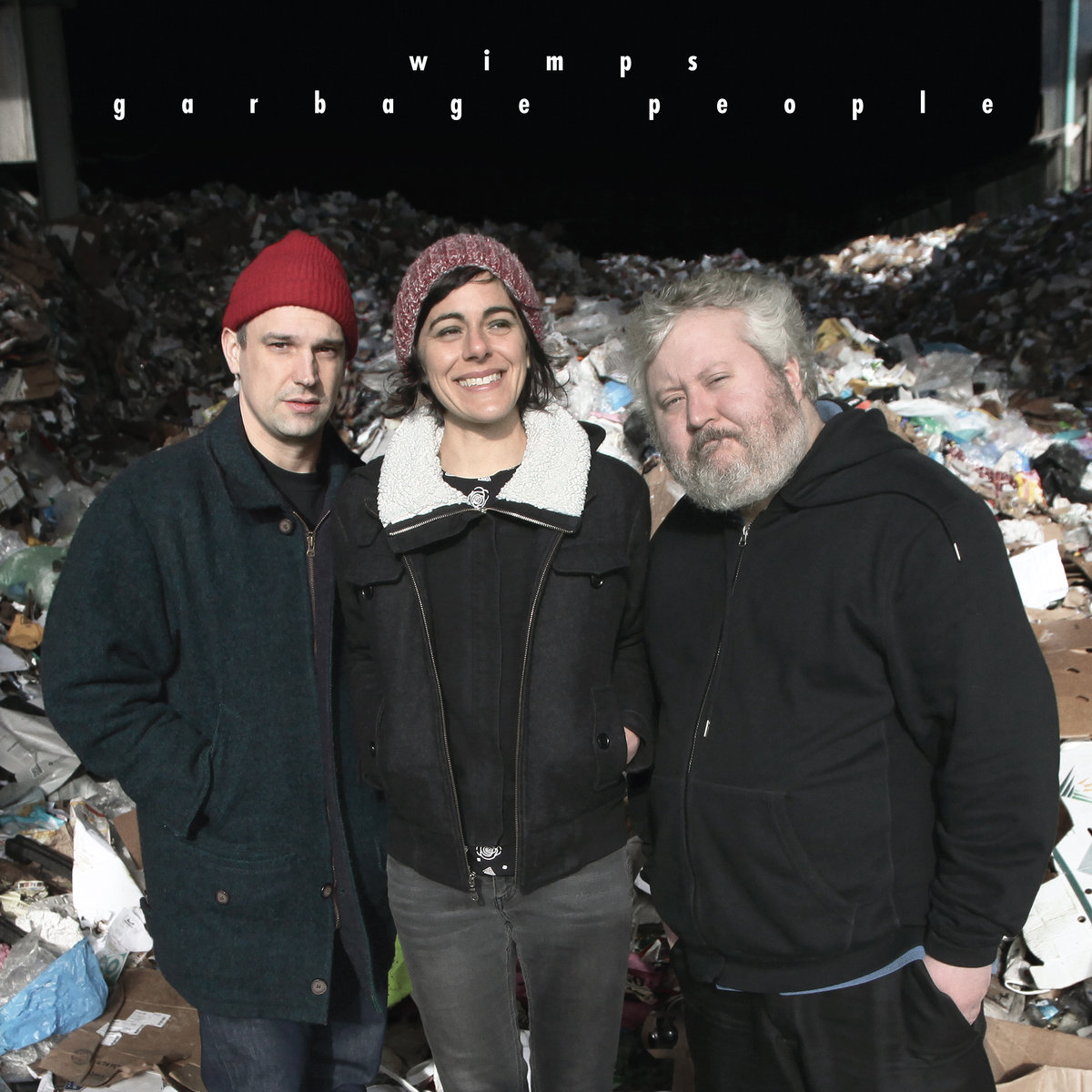 One of the essentials of making a stellar punk rock music is not taking yourself too seriously.

Wimps is a band that lives by this policy.

Their new album, Garbage People, address a multitude of topics, ranging from developing the corporate Skynet to the alarming rate at which the bees are disappearing. My personal favorite song, “O.P.P,” is a two-and-a-quarter-minute tirade about drunkenly looting pizza from strangers. Listeners can pick up hints of The Dead Milkmen, the occasional syncopated singing of Black Eyes, and vocal delivery vaguely similar to fellow Kill Rock Stars band Heavens to Betsy.

Wimps’ self-described musical style of “plenty of nonsense” gives off that urgently unimportant aura that surf-punk bands do so well. Overall, this 30-ish minute burst of energy and humor is a good avenue to try and forget the crushing meaninglessness of your existence and the inevitability of your own demise.

Or, distract yourself from actual responsibilities with their music video for the track “Insomnia” here:

Connor Sullivan is a KCPR DJ and Cal Poly senior. He could be considered a “very punk rock guy” himself, which is what led him to write this article. Image credit to Kill Rock Stars and Wimps.