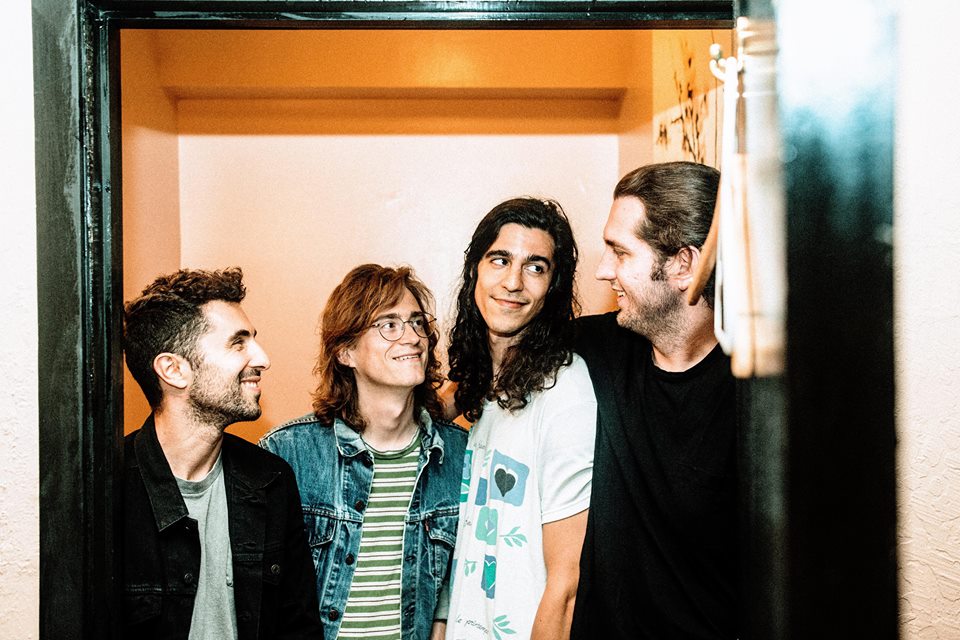 KCPR’s Marissa McCullough had the opportunity to chat over the phone with Sure Sure, the headlining band for KCPR’s 50th Anniversary event.

Marissa McCullough: We want to check in with you before you come play SLO for our 50th Anniversary at KCPR. I just want to start by asking Kevin about his ongoing beef with The Chainsmokers.

SS (Kevin): Look, they came at me real hard. No, I don’t know. I made a Twitter joke. I really did not expect for this question to happen. I made a Twitter joke, I guess at their expense, because I think they’re really silly. And then they saw it and engaged with it. But, here’s the funny thing, they completely misunderstood the joke. That’s it. I think they’re intimidated because we’re just more successful than them.

MM: Yeah, I think so too. And then just four days ago you guys released the song “Lie, Lie, Lie” and I wanted to know if any of you have any lies that you would feel comfortable sharing. Some eyes might see it, but we were just wondering.

SS: Oh gosh, let me think. How did we not prepare for this?
Yeah, there was one time. This is gonna go way back to when I was a little kid in elementary school. There’s a much longer version of the story, but I’ll tell the abridged one. I put a sweatshirt on upside down and I got made fun of by my teacher in front of the whole class. I immediately tried to play it off like I did it as a joke. We’re generally pretty honest guys.

MM: That’s good. Good quality to have. Do you guys all live together still or is that not your living situation anymore?

MM: Do you feel like spending a lot of time outside of making music helps with your music making process?

SS: You know what helps is we take breaks and we go to the park and we throw a Frisbee. That helps. Specifically the Aerobie. Not just a normal disk — it’s a flying ring.

MM: Oh I’ve seen those. I know what you’re talking about.

SS: They are perfect. It’s honestly a beautiful activity. A-E-R-O-B-I-E, Aerobie. They also make a pretty good coffee press, the Aeropress. A jack of two trades. If you’re wondering if we are getting money from them, the answer is no. We just love their products.

MM: Not sponsored. Not an ad. Do you guys ever switch up the park that you throw it around in or is it usually the same park?

SS: I’m glad you asked. We’ve got two parks. We used to — two houses ago — we used to only go to this park called the Silverlake Reservoir. Nice meadow there. It’s beautiful. It’s kind of crowded though.

Yeah, sometimes it’s crowded and we’re throwing over people. Last house we went to the Glassell Park Recreation Center which was like three baseball fields and you could launch the Aerobie literally hundreds of yards. Yeah, you can’t go wrong there. Now we go to — we live in a place called Atwater Village — we go to a park that was put there because of Arnold Schwarzenegger. You guys know that?

Others: No! I did not know that. Thanks Arnold.
SS: Yeah, so now we go to this one park primarily. It’s either that, or the Silverlake Reservoir one, but we stick to the Atwater one.

MM: Good to know. Are you guys excited to come back to SLO to play another show? Does this show being the KCPR 50th Anniversary change anything for you guys before you come to play?

SS: I mean, it makes it an historic event. It puts the word “an” before historic which is always, like, it’s a lot of weight. It’s a big deal. It’s the first show of our tour, too, so that’s going to be amazing.

MM: What’s your stop after that show?

MM: Do you come to people’s homes and play their anniversary?

SS: Yeah, we’re an anniversary band. That’s how we got our start.
The SLO show last tour was crazy. It was lit. SLO is lit. It set the tone for the entire tour. We didn’t know what to expect and then it sold out and it was just nuts. People were crowd surfing and I was like this is insane. SLO is, first of all, a beautiful place.

Every time we’ve gone there it’s been a warm reception and this time, it’s an anniversary.

MM: We’re excited to have you.

SS: It was so cool that we played San Luis Obispo opening for Rainbow Kitten Surprise and we had KCPR people helping us hand out flyers and stuff. I don’t know.

MM: We love you guys and we’re excited to see you in October. Thank you for this interview and we’ll see you October 12th.

Join us on October 12th at SLO Brew Rock to celebrate the station’s big 5-0 with us. There will be music, dancing, food, refreshments, and most importantly, Sure Sure.

Marissa McCullough is a Communications senior, taking the airwaves as MC Killa every Monday from 2-4 p.m. She conducted the interview.