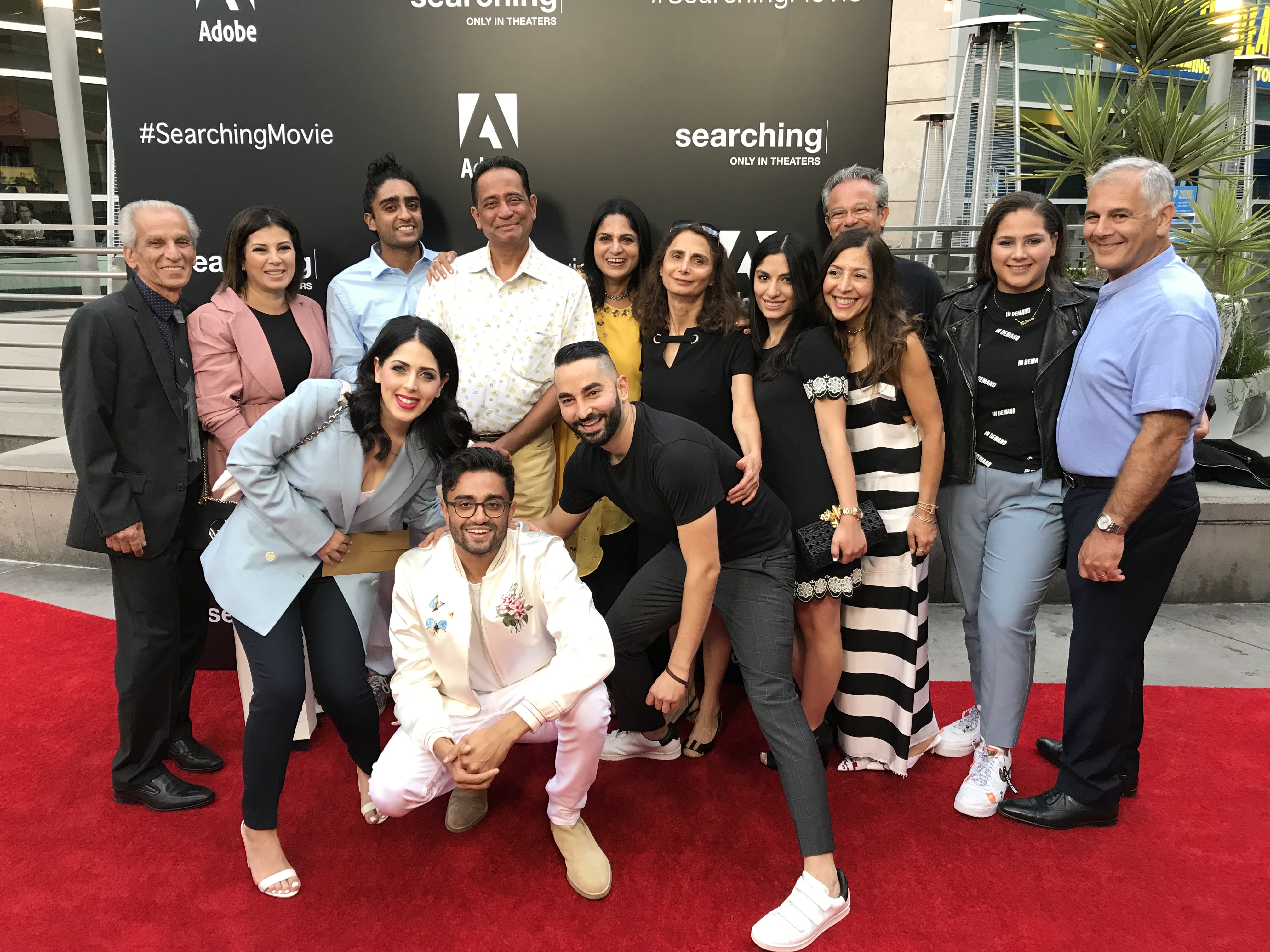 KCPR’s Kelly Martinez got a chance to chat with co-writer and producer of the new indie thriller film “Searching,” Sev Ohanian.

The movie follows the nail-biting journey of a father (David Cho) as he searches for his missing teenage daughter, Margot (portrayed by Michelle La).

Kelly: Tell me a little bit about your background in film.

Sev: I’ve been a filmmaker for a little over 10 years… As I was graduating USC, a guy named Ryan Coogler reached out and asked if I would come join his producing team on his film “Fruitvale Station”… We made this little indie that got into Sundance. We won all the awards there, and it kind of like, launched everything for us.
Ryan went on to direct “Creed” and “Black Panther” recently and for me, I was like, this is my chance — I have a great credit on the great movie — to start building my own reputation. I started producing a lot of indie films… and then all while I was doing that, I started working with Aneesh Chaganty, who was a student at USC also, and we became writing partners.

K: How did “Searching” go from a little short film to this full-blown feature?

S: I had a meeting with the company that had made “Unfriended.” They were looking to make another movie that would take place on screen… I brought Aneesh in because of his Google background and we pitched them “Searching” as an eight-minute short film… and then they brought us in, they asked us to make it into a feature, which Aneesh said no to initially… we [didn’t] wanna make a really gimmicky feature, especially one that would look like we were trying to copy “Unfriended.” We then together came up with the idea for the opening scene in the movie… we were like, if we can make people cry in the first five minutes of this movie, that would immediately disarm them from all the concerns that we had… so with the success of that opening scene, we realized: what if there is a bigger story here? What if we made this film less about the shock value and more about the family at the center and this world where everyone is so connected by these devices? What if we told a story about two people who are completely disconnected and don’t even realize it?

K: So, the opening sequence — did that kind of impact your decision with the tone of the movie? Did you ever consider going a super dark route with the story?

S: We never considered going dark. I know that might sound crazy, but we knew in every moment of making this film that we were gonna be combating audiences’ expectations of this kind of movie. “Unfriended” already existed and it’s very dark, if you’ve ever seen it. In our case, we were trying to combat the fact that this movie is so unconventional by having it have a really traditional storyline. So, we wanted audiences to walk away from this film feeling like, “damn, that was a good movie. Damn, that was a good story.” And more often than not, you get that with the happy ending. Margot’s not fully healed, but she’s gonna be okay.

K: What was it like writing a script in an unconventional style?

S: It’s so interesting because it’s always hard writing any screenplay, period. Usually the challenge is “okay, well, what happens next?” And in mine and Aneesh’s case it was less about what happens next but how does this happen… we spent the first week of writing purely just coming up with the ground rules of like, “how are we gonna format the script?” And we started doing things on Final Draft that, to be totally frank with you — Final Draft is a software used to write — it wasn’t even built to do that stuff. We represented text messaging exactly how you would notice a text on your phone. Every time a character would write a text and delete it, we represented that by having them write the text… but then having a line crossed through it. It was really challenging. I honestly can’t wait to share the script with the internet; I think people will get a real kick out of it.

K: How was it co-writing with Aneesh?

S: It’s great. I mean, we both are disciplined, we both don’t mess around, we take it really seriously. I love that both of us can come up with a billion ideas. We’ll be in a situation where we don’t know what to do next [and] I’ll just pitch, maybe, 50 ideas, and the one that makes him start jumping up and down — it’s like, “okay, that’s the idea.” And my favorite part of our process, which is probably the hardest part of writing together but also I think the most productive, is when we write against each other. And by that I mean, we’ll often have a moment where we have different opinions on what happens next and for a long time, we’ll just argue and we’ll fight and we’ll debate. But it’s more like a courtroom… it’s just like using all these arguments to each other and then ultimately one of us will eventually concede defeat. And usually whatever idea survives is probably the best idea. Both of us are doing it for the sake of a better story and there’s zero ego between us… if an idea can survive that war between us, you know it’s gonna survive audiences’ opinions.

K: There’s a lot of Easter eggs in this film. Do you have a favorite one?

S: Yeah, I mean, my favorite one is my magnum opus… there’s a storyline happening in the background of the movie in nearly every scene, in some corner of the screen, is a plot that’s being developed that’s happening at the same time as David’s search for Margo. And it culminates into this massive ending and most people will never notice it… it’s a really cool side story to the entire movie.

K: There’s been a lot of success recently with Asian-American actors with “Crazy Rich Asians” and “To All the Boys I’ve Loved Before”… is that something you guys considered or was it just kind of like, you found the actor that worked?

D: No man, I mean… we clearly wanted an Asian-American David Kim, and we wanted John Cho from the beginning, so we wrote it as a Korean-American family, but we never imagined it would be coming out the week after “Crazy Rich Asians.” That was completely just coincidence and it’s kind of a beautiful thing. So, yeah, what we were kind of trying to do in capturing this film was hopefully something that, maybe ten years from now, people would look back and not even realize what the big deal is. Because yes, it’s an Asian-American family, but it’s really [just] about a family.

K: Yeah, I didn’t even realize until I looked it up that this is the first time an Asian-American actor has headlined a mainstream thriller like this.

S: I know, we had no clue. We learned that at the same time as everybody else learned it — which is a crazy fact by the way for 2018.

K: You guys have been on Reddit a lot and super involved with the marketing of the film. Do you think marketing films like this is different in this day and age? I mean, you guys have more room to interact with audiences.

S: I can’t speak too much to the marketing, but I think, for me, this movie is something that I’ve been working on for three years. Day in and day out, it’s been my passion project. I’ve been dying to talk to anyone about it or anyone online and I’ve never been able to, but now that the film is out there and it exists, it’s so gratifying… I always go on Reddit and I read about the discussion about the movie… I was like, “if I’m a fan and I’m speculating about this movie, I would die if the creators of that movie would answer me.” So, I started doing [that] and everyone seemed to respond. It’s been cool and it’s been just as fun for me.

“Searching” is available in theaters now.

Kelly Martinez is a KCPR staff member and Cal Poly Journalism major. She conducted the interview and wrote the article.

Five iconic movie soundtracks and the budgets behind them