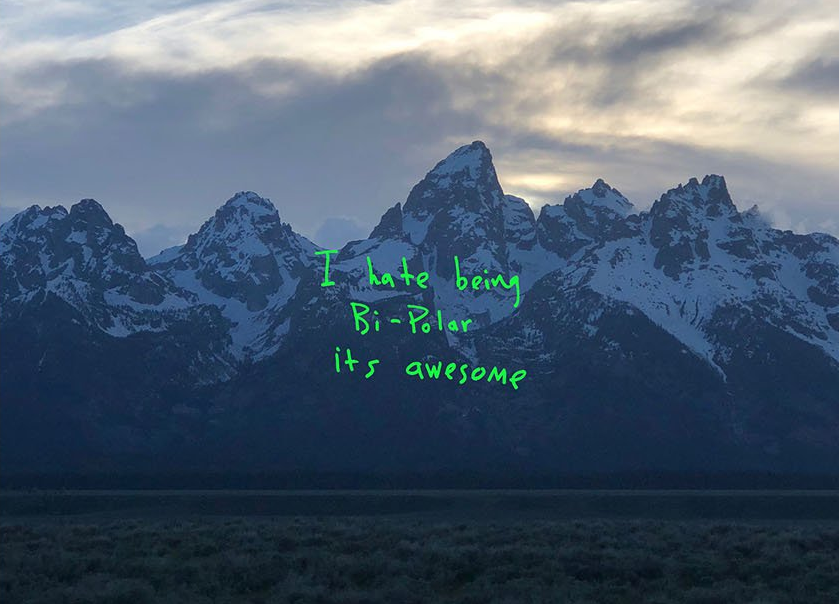 On Thursday night, Kanye dropped his ninth solo studio album titled ye, and of course, he did it in the most Kanye-esque way possible.

West had about a thousand people flown out to Jackson Hole, Wyoming for a listening party in honor of the new album.

Among the guests were contemporary greats like Pusha T, Ty Dolla $ign, Jonah Hill (the GOAT), Big Sean, and many others.

Kanye tweeted out a link to a livestream around 6 p.m. PST which featured multi-shot footage of a campfire in the middle of nowhere and some surrounding speakers. There were also horses and farm hands running around. This went on for three hours without any change. Only Kanye could have people glued to their screens for three freaking hours dangling a possibility of new music.

Just before 9 p.m., cars arrived at the campfire. People poured out in droves and surrounded the campfire. About ten minutes later, Kanye made his debut, walking out with Chris Rock and his wife, Kim Kardashian. Chris Rock stood on a makeshift “stage” and gave a short monologue and introduction, revealing the album name: ye.

After this introduction, the album was played on the aforementioned speakers. A short, 7 song LP proceeded to shake the core of Jackson Hole for the next 22 minutes. After that, Kanye hit the replay button and played the entire thing again. The livestream cut out around 10 p.m. and the album was released the following morning.

To be honest, I didn’t expect the entire album to come out this soon, considering it took him almost two months to drop The Life of Pablo in 2016 following it’s premier at Yeezy Season 3.

So, the question is: does it bang?

Yes, yes it does.

I definitely had some mixed feelings during the livestream listening(s) of the album. It just wasn’t what I was expecting. Especially after all the Twitter and Trump “controversy,” (actually, “controversy” might be putting it mildly), I think I was hoping for grandeur — a return-to-form statement that would almost “make up” for any of his previous “wrong-doings.”

But, I realized this was way too much to ask for, and it definitely is not the Kanye way. So, at face value, ye is a solid addition to Kanye’s discography. There are beats that I guarantee people will be bumping for the entire summer with infectious hooks throughout.

The production is absolutely incredible, particularly the sample of Slick Rick’s “Hey Young World” in “No Mistakes.” Mike Dean’s guitar work is also a major standout in “Ghost Town.” The features are used well from Kid Cudi to Ty Dolla $ign, my personal favorite being PartyNextDoor doing his best Young Thug impression in “Wouldn’t Leave.”

This album showcases an uncharacteristically emotional and stripped back Kanye that we haven’t seen since 808s and Heartbreaks. This album is surprisingly pretty personal, with its opening track, “I Thought About Killing You,” being a confession/conversation with himself by revealing suicidal thoughts, but of course it’s immediately followed with “and I love myself way more than I love you.” Kanye also dedicates three tracks to his family, with the closing track turning into a worrying sentiment for his daughter.

My biggest gripe is that it’s a little too short — but it’s good while it lasts.

The album, I think most importantly, sounds like nothing I’ve ever heard. Kanye dropped an album that only Kanye could have dropped in the most Kanye way possible.

I’m excited to go through it all again when the Cudi and Kanye collab album drops (supposedly) next week.

Josh Bilker is a Cal Poly Philosophy sophomore and a KCPR DJ. He takes the air as DJ Soy Milk from 6-8 a.m. on Saturdays. He wrote the article. Image obtained from techeblog.com.

When music and politics collide