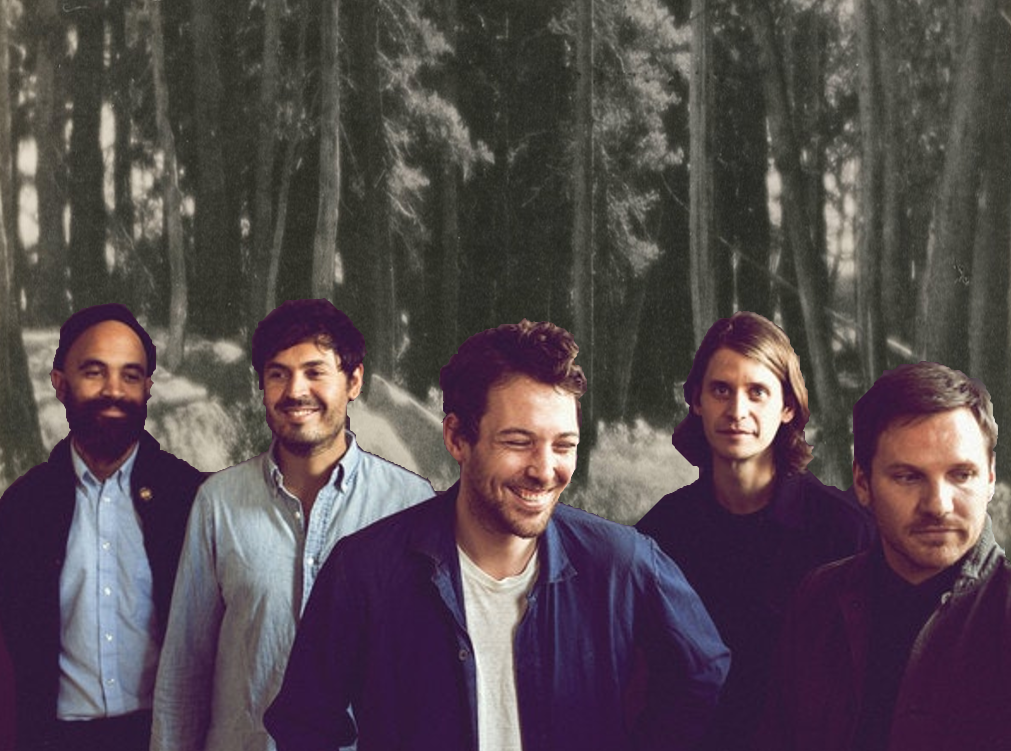 Music in my life has come and gone in phases, and the beauty of San Luis Obispo’s hills in the Springtime has me yearning for my late-middle school indie-folk innocence.

The band that single-handedly defined this era of my life was Fleet Foxes.

I’ll admit it. I spent a good portion of my formative years wishing that I lived deep within the forests of Oregon — or at least had the ability to grow a beard. Since I was a 12-year-old living in Long Beach, neither of those seemed very realistic. Instead, I had to settle for wearing flannels and listening to Fleet Foxes.

Though I’ve long since move past the folk phase of my life, Fleet Foxes has managed to remain in my life. With their recent release, Crack-Up, I’ve found myself revisiting their self-titled album, Fleet Foxes, for nostalgia’s sake. I even had the opportunity to see Fleet Foxes live for the second time here in SLO, as they recently visited the Madonna Expo Center on their tour. 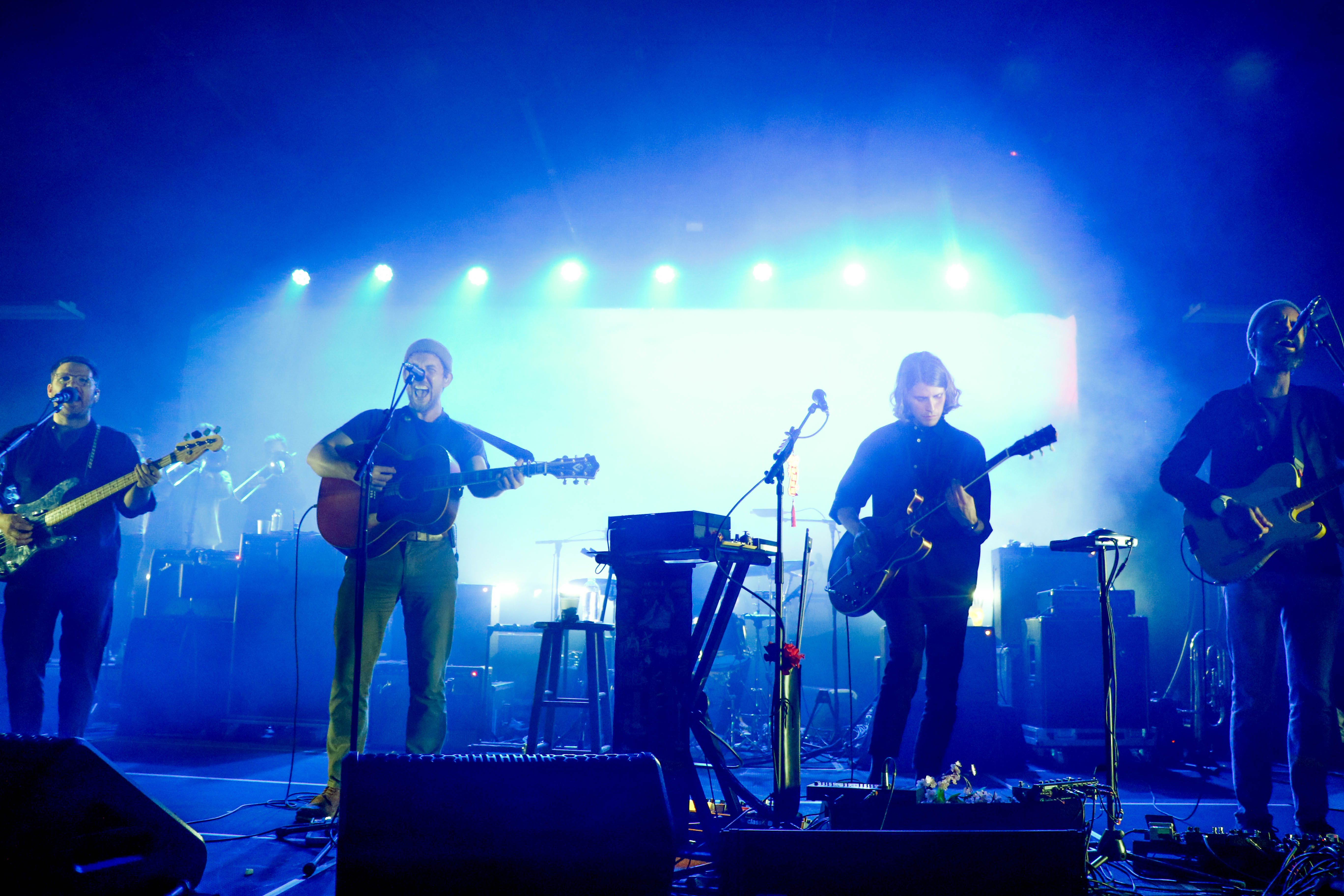 All of this time later, I am convinced that “Ragged Wood” is a timeless classic. At the show, I couldn’t help but sing every word to the song — I’m sorry to anyone who was standing near me.

The song does not come with a visual accompaniment, unlike the claymated “White Winter Hymnal,” the stop-motion and minimalist “Mykonos,” the retro, surrealist, goat-filled “He Doesn’t Know Why,” or even the entire animated short story of “The Shrine / An Argument.”

(Fun fact, the lead singer’s brother, Sean Pecknold, directed all of these videos.)

No, the imagery created lyrically and sonically by “Ragged Wood” are compelling enough to stand on their own. The song opens with a full vocal harmony, lead by Robin Pecknold, as the glistening acoustic guitar accompanies them. Immediately, the song evokes the bright and pure season of Spring through sound alone.

Of course, as the drums and the lyrics come into the song, its connection to nature becomes more obvious. Though the song is primarily about pleading for the return of a past lover, Pecknold finds solace in the grace of the natural world. The opening lyrics state,

“Come down from the mountain, you have been gone too long

The spring is upon us, follow my only song

Settle down with me by the fire of my yearning

You should come back home, back on your own now.”

The next verse elaborates on Pecknold’s reminiscing upon his absent lover, but again the song remains upbeat and positive, with shining harmonies and major chords strummed on the steel strings of the guitar. He tries to revisit memories of a happier, care-free time with the addressee of the lyrics, almost as if in an act of persuasion.

“The world is alive now, in and outside our home

You run through the forest, settle before the sun

Darling, I can barely remember you beside me

You should come back home, back on your own now.”

After a short interlude filled with literary references, Pecknold returns to his plea.

“Tell me anything you want, any old lie will do

Call me back to, back to you.”

The song ends with the repetition of these lyrics, harmonized by the band members. Throughout “Ragged Wood,” we hear the cries of a man desperate for a time that is long gone, but his nostalgia clouds his vision and judgement. Caught up in the beauty of Spring, he cannot see the reality of his situation and remains hopeful that this era will return to him.

In this sense, the lyrics that Pecknold professes here are quite similar to how I view this song personally.

Fleet Foxes represents an era in my life that has passed, filled with nostalgia — I cannot help but look back on it with rose-tinted glasses. Only in the majesty of nature and the swelling harmonies of this track can I live in the memories of a time that is long gone; plead as I might for its return, I will only ever be able to experience a fictitious re-imagining of it in my own mind.

The title of the song, “Ragged Wood,” alludes to a poem called “The Ragged Wood” by William Butler Yeats. I will leave you with the lyrics of the poem that inspired the song I hold so dearly.

“O hurry where by water among the trees

The delicate-stepping stag and his lady sigh,

When they have but looked upon their images –

Would none had ever loved but you and I!

Or have you heard that sliding silver-shoed

When the sun looked out of his golden hood? –

O that none ever loved but you and I!

O hurty to the ragged wood, for there

I will drive all those lovers out and cry –

O my share of the world, O yellow hair!

No one has ever loved but you and I.”

Jakob McQuade is KCPR’s Editor-in-Chief, a Cal Poly journalism sophomore, and spins records as MC Quade from 10 a.m to 12 p.m. on Sundays. He wrote the article and created the graphic. Jo Anna Edmison is a Cal Poly freshman and a KCPR DJ, on air from 6 to 8 AM on Thursday mornings. She took the photos.