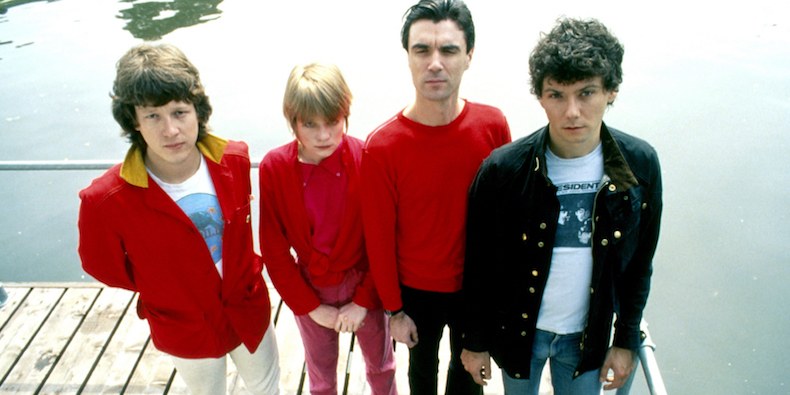 Talking Heads were one of the most influential bands of the New Wave movement. They formed in 1975 at the forefront of the scene, and eventually rose to critical acclaim in the 1980’s.

Their discography boasts a diverse swath of genres, borrowing from post-punk, electronic, synth-pop, worldbeat, and even avant-garde.

Usually, they are recognized for hits such as their ominous “Psycho Killer,” their disorienting “Once in a Lifetime,” or their upbeat “Burning Down the House.”

Clearly, Talking Heads were no strangers to the limelight.

The song of theirs that had the most impact on me, however, is their eccentric 1983 track, “This Must Be the Place (Naïve Melody).”

Lead singer, David Byrne said that it was the “most direct love lyrics [he] had ever written” – a stark change from his other songs hiding cynical twists. The song consists of four minutes and fifty-six seconds of the same chords repeated throughout, as Byrne spews an endless stream of romantic non-sequiturs.

Despite this repetition, there is something heartfelt about this masterpiece that allows it to transcend from a “naïve” song into a beautiful poem that sprawls across a landscape of sound.

The melody is simple; the band members switched instruments to escape their comfort zone and simplify what they could create – hence the parenthetical in the title. Byrne sprinkles imagery of love throughout his lyrics as he describes, “home is where I want to be, but I guess I’m already there.”

This may be one of my favorite songs of all time because my mother played it in the car as we drove home from the beach, and the steady beat lulled me into the comfort only a four-year-old in the backseat of a car can experience.

Or, maybe, this song evokes nostalgia to the song playing on repeat in the background as my friends lay across the couch at two A.M., laughing until we drifted into slumber.

I am attached to this song because it has managed to follow me throughout my lifetime, and I have never once hit ‘skip’ when it comes on. However, it should not take more than one listen for others to understand the innocent appeal of the ’83 hit.

Ultimately, the inherent “naïvety” of “This Must Be the Place” elicits a sense of nostalgia for a childlike optimism that cannot be replaced.

Byrne escapes the harshness of reality (“It’s okay, I know nothing’s wrong”) as he is embraced by the kindness of his lover (“I come home, she lifted up her wings, I guess that this must be the place”).

This reflects the comfort that is found in music as a medium for escapism. It is easy to be immersed in sound and drawn into the world that the lyrics create.

This song simultaneously reminds me of home and childhood memories while allowing me to appreciate the present. It is easy to get caught up in longing for the past, but Byrne’s lyrics inspire hopefulness for the future.

Overall, the naivety of this song encourages an introspective view of the past, while its gentle optimism gives the listener the ability to remain positive in the present.

In the words of Byrne, “if someone asks, this is where I’ll be.”

Not all view the song with the same innocence.

Many interpret the song as being a sad and misguided interpretation of a failing relationship, and Byrne’s optimism leading him to overlook the problems that he is facing.

Others might point to his metaphors and accuse the song of being nonsensical (“Hi-yeah, sing into my mouth,” for example).

It’s also easy to say that a song is simply what it is, and it has no further need for analysis; it should just be nice to listen to.

While these interpretations of the song are drastically different from my own, that is easily my favorite part about this piece of art.

Each of these interpretations is equally valid.

The song is simple, yet it is filled with the complexity and nuance that give the listener the chance to analyze the song through their own filter. By my standards, this song is incredibly valuable for this reason alone.

The piece is a breathtaking escape from the chaos of the outside world. In a modern era filled with unnecessary anxiety, Byrne provides a five-minute-long escape from it all. Talking Heads seem to boil it down to our simplest human desires; we’re all just animals, looking for a home.

Jakob McQuade is a KCPR content contributor and Cal Poly sophomore. He adores Talking Heads and wrote this article.