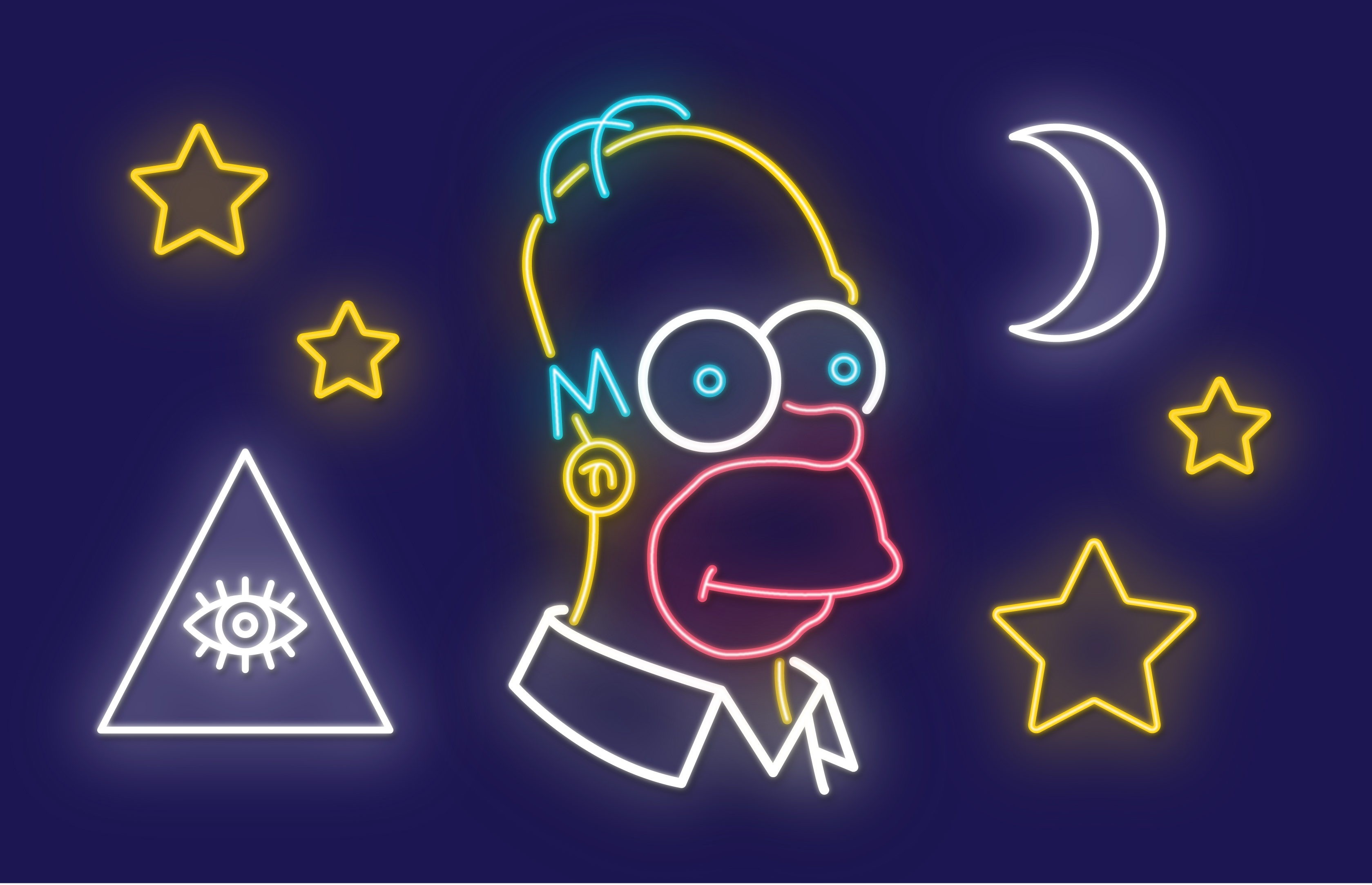 Writers of the animated television series The Simpsons may possess a hidden talent— the ability to predict the future.

Throughout the course of its twenty-nine seasons, The Simpsons has featured several major innovations and events that would later occur in the real world. Here are six notable times the show “predicted” the future:

This is probably the most talked about example. In the 2000 episode “Bart to the Future,” Lisa, who is now president, remarks that the country has inherited “quite a budget crunch from President Trump.”

In a 2016 interview, Simpsons writer Dan Greaney explained, “It was a warning to America. And that just seemed like the logical last stop before hitting bottom. It was pitched because it was consistent with the vision of America going insane.”

Another political example. In the 2008 episode “Treehouse of Horror XIX,” Homer tries to vote for Barack Obama, only to have the voting machine switch his vote to his republican opponent John McCain.

This would later become a real-life issue during the 2012 election when a Pennsylvania voting machine reportedly switched votes from Obama to Mitt Romney.

In a 2012 episode called “Lisa Goes Gaga,” Lady Gaga descends from the sky in an extravagant costume to perform for Springfield.

The singer would go on to do nearly the exact same thing for the Super Bowl halftime show in 2017. Even their outfits are almost identical.

This one is especially significant because The Simpsons actually inspired the future invention, believe it or not. In the 1994 episode “Lisa on Ice,” school bullies Kearney and Dolph attempt to text “beat up Martin,” only to have it change to “eat up Martha.”

This led to Apple employees working extra hard to perfect the iPhone keyboard. Nitin Ganatra, Apple’s former director of engineering for iOS applications, explains, “In the hallways [at Apple] and while we were talking about the keyboard, you would always hear the words ‘Eat Up Martha’…  it was basically a reference to the fact that we needed to nail the keyboard. We needed to make sure the text input works on this thing, otherwise, ‘Here comes the Eat Up Marthas.’”

In the January 2012 episode “Politically Inept, with Homer Simpson,” Homer appears on a program similar to Fox News next to the ticker headline: “Europe puts Greece on eBay.”

Some fans believe this predicted the Greek financial crisis, but this one is a bit more controversial since Greece was already facing debt issues before the episode aired.

The Simpsons actually decided to pull this reference, which was intended as a joke, before the season 29 episode aired because it ended up happening in real life. Showrunner Al Jean told a crowd at Comic-Con, “We predict some good things as well.”

The Simpsons is credited with predicting quite a vast array of other things, from smartwatches to 9/11 to this bizarre horse meat scandal.

So, do The Simpsons writers have some secret portal to the future?

When a pop culture-based show runs for as long as The Simpsons has, it’s bound to foresee some future events and inventions eventually. And The Simpsons isn’t the only series that’s had some eerie “predictions.”

In fact, this 1958 episode of the TV show Trackdown literally features “a demagogue named Trump [who] attempts to convince a town that only he can save its citizens from the threats outside their borders . . . by building a wall.”

At the end of the day, pop culture and the real world will always remain deeply intertwined.