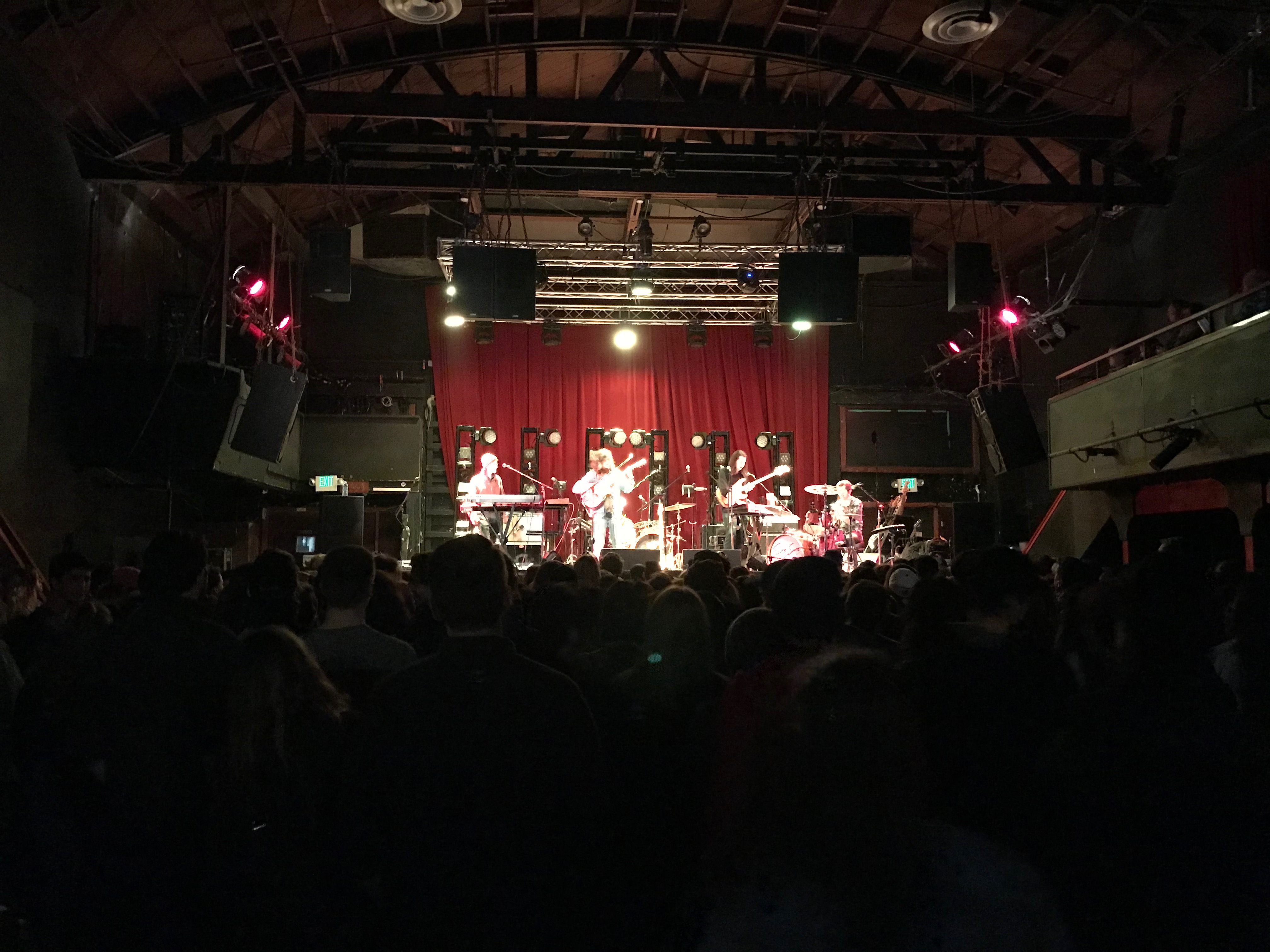 This Must Be the Place: A Love Song to “Here”

In the first edition of our new series of venue reviews, KCPR content contributor Connor Sullivan takes on The Catalyst, a longtime hub for music and culture in the Northern California town of Santa Cruz.

Due to the presence of the University of California, Santa Cruz, many up-and-coming acts stop by The Catalyst to engage the local community in new and interesting sounds.

The very first experience every concert attendee has with a venue is the parking situation.

Unless you’re a local, in which case you could always take the bus, get a ride Uber, etc. However, the Catalyst is blessed with super easy and cheap parking.

The concert I attended was on a Monday, so keep that in mind while I describe the situation.

Right around the corner and up a block from The Catalyst is a spacious parking lot that costed $1.50 an hour until 8pm, which is an absolute steal, being that doors opened at 7PM and Hippocampus came on at 9:15.

We ended up within very brief walking distance to the venue and only paid for an hour.

In my opinion, the worst part about concerts (especially when I don’t enjoy the band that much) is the melting heat that comes with large crowds of people. If it’s a mosh-able concert however, that’s a different story. In that case, it’s time to get down and dirty.

But with Sure Sure’s and Hippocampus’ styles, it is nigh impossible to mosh, thus making it irrelevant to this concert.

Overall, I was not sweating the entire time, The Catalyst was extremely well ventilated, and I was wearing jeans and a flannel comfortably.

Now, I’m a six-foot two-inch tall guy, and my concert buddy is a five-foot eleven lady, and this is rarely an issue for us two… so our opinions on this are skewed.

However, The Catalyst has a six-foot-tall raised stage, so even the rest of you Oompa Loompas could see the band from anywhere in the floor area.

Concert venues are not known for this category, but when a venue has a clean bathroom, it adds a layer of professionalism that does not go unnoticed.

The Catalyst is not one of these places.

However, it was still passable enough to justify a visit to the urinals.

Again, this is a genre/artist skewed category, but the venue still plays a huge role. Hippocampus and Sure Sure are on the softer side of indie rock, so the volume was not an issue, and the speaker system really brought out some of the more radical solos that guitarist Nathan Stocker had.

Also, side note, Nathan Stocker needs his own side project, this guy freakin’ shreds and has a sick voice.

9/10, my eardrums were not ringing like Tom Hank’s in Saving Private Ryan afterwards.

It’s Santa Cruz, one of the most picturesque cities in California.

Santa Cruz’s placement between the larger LA and SF tour stops allow for bands to do a lot of mid-week shows there for relatively cheap. After bands spend a night or two in Santa Cruz, they take off for SF or LA for the larger venues on the weekends.

The Catalyst is in the heart of downtown Santa Cruz, so restaurants and bars are in abundance. Streetlight Records is also a block away, and I spent $50 and two hours there.

Santa Cruz is a very easy place for pretentious hipsters to spend money.

9/10, couldn’t tell if it was a dream or a trap for poor college students.

8/10, Cheyenne seemed to enjoy herself. 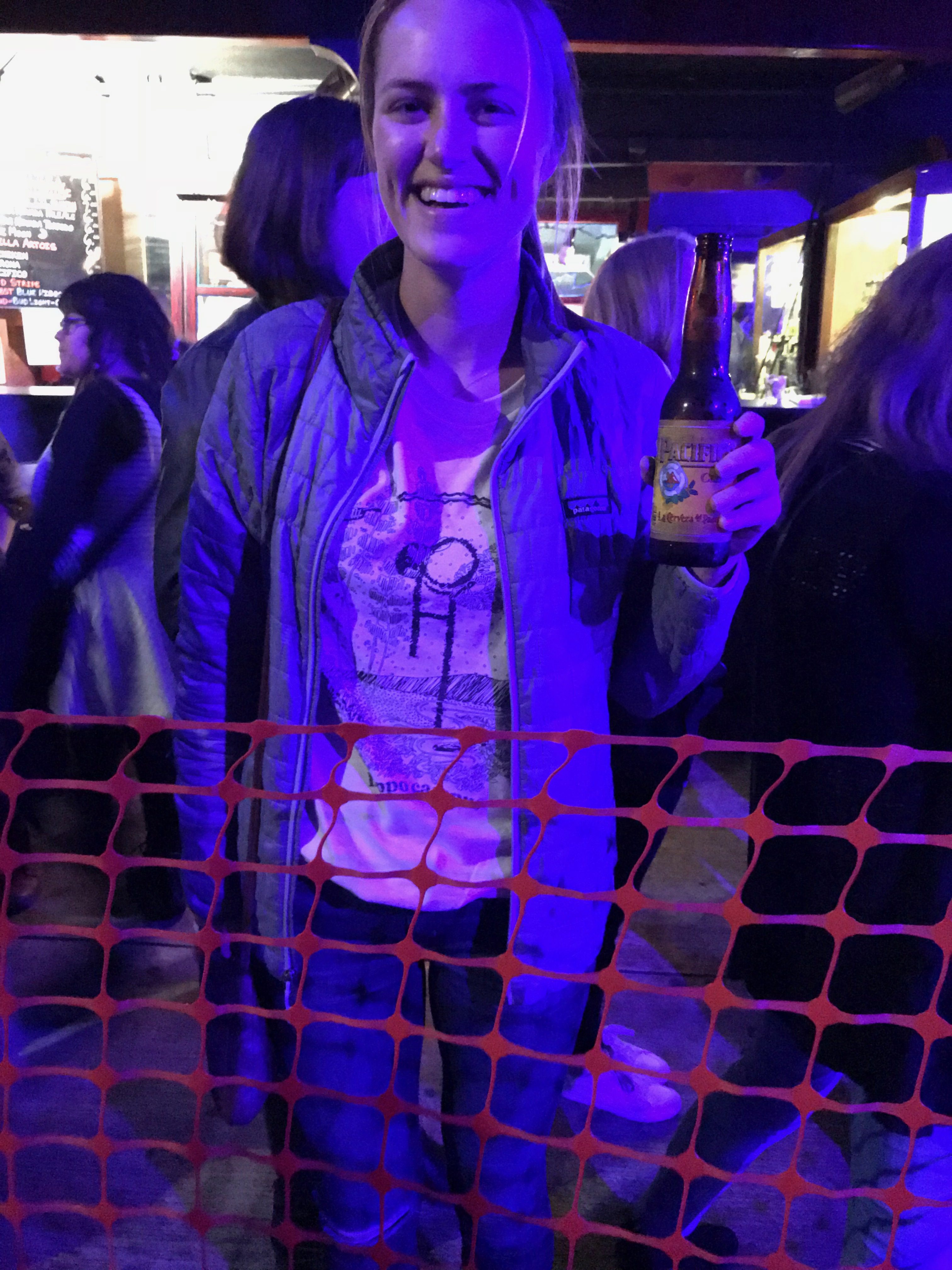 The Catalyst is a little sparse on decorations for such a popular place. The black walls are entirely barren of any posters or paintings. The light show was passable, like most indie-rock concerts.

I had a strong suspicion from both the music and the number of people who purchased $67 “meet the band” tickets that the target audience of these bands is high school sophomores.

That was confirmed when we got into the crowd.

Santa Cruz local, Caia Koopman, gave us a killer tip about the right flank. The Catalyst has two balconies and floor area underneath; the left one holds one of the three bars, as shown in the 21+ Area picture.

The right one has a long stretch of mirrors and benches which serve as both a very nice place to set your jackets down and a route to effectively sneak up to the front. It wasn’t necessary in this crowd, but I can see myself using it to access the pit during more mosh-able bands.

The Catalyst is pretty rad, and by the caliber of bands that visit, I can see myself going again.

Connor Sullivan is a KCPR content contributor and a third year student at Cal Poly. He visited The Catalyst, and survived to write this review about it.