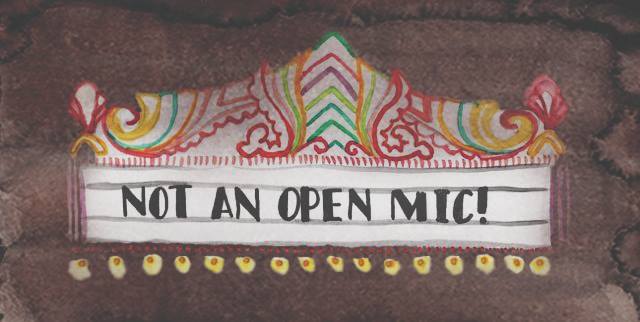 You don’t have to search high and low to discover the local art and culture of San Luis Obispo.

It’s sprinkled everywhere, from events and gatherings to the almost unnoticed cow sculptures that populate the city. Wild and wicked designs of artists and muralists alike can be found throughout the city.

Although activities are much smaller and sparser than they are in Los Angeles or San Francisco, our quaint little town has the guts and grits of an explosive art scene, constantly evolving and promoting expression among community members.

Initiated on the top of a regal mountain, this festival was conceived by a group of friends hoping to celebrate the end of their quarter with one big party on Cuesta Ridge. Now, the Shabang Music Festival is quite accessible, not to mention being classified as “SLO’s local music festival.”

It happens three times a year and recently the Shabangers moved locations to Laguna Lake Park, where musicians can play freely without worrying about amplifiers and equipment. The park features rolling grass with a picturesque view of the Laguna Lake behind the wooden stage, as the handmade letters on stage light up to spell “SHABANG.”

The festival runs from afternoon to night, filling the day with local tunes, art, and food. Typically, the festival takes place on a Saturday and tickets are mere price of $5, something even a college student could afford.

If you are looking for laughs paired with artisan lattes or cold beer, Kreuzberg has the ambiance, crowd, and comedians to put on a good show. Situated towards the end of Higuera Street downtown, Kreuzberg is a local source of finely brewed coffee and gourmet food, as well as a popular meeting place for San Luis Obispo’s sophisticates and artistically-minded individuals.

Hosted by local comedians, the show attracts all sorts of people to come take a seat. Professional comedians from LA and SF take the stage alongside the locals, giving the night a well rounded level of talent, skill, and laughter.

Comedy nights are usually on Fridays at around nine pm.

Kreuzberg also opens their lounge microphone and stage to the general public on Wednesday nights, where professional and first time performers are encouraged to try their craft in front of a supportive and engaging audience.The room is often dark, lit only by a rough glow of light coming from the vintage looking bulbs that dangle from the bar. Anything is fair game, and nothing is off limits, besides comedy of course, as they have another night for jesters.

Wednesday nights are typically the nights of singing, songwriting, and moments of spoken word at Kreuzberg Coffee Company. 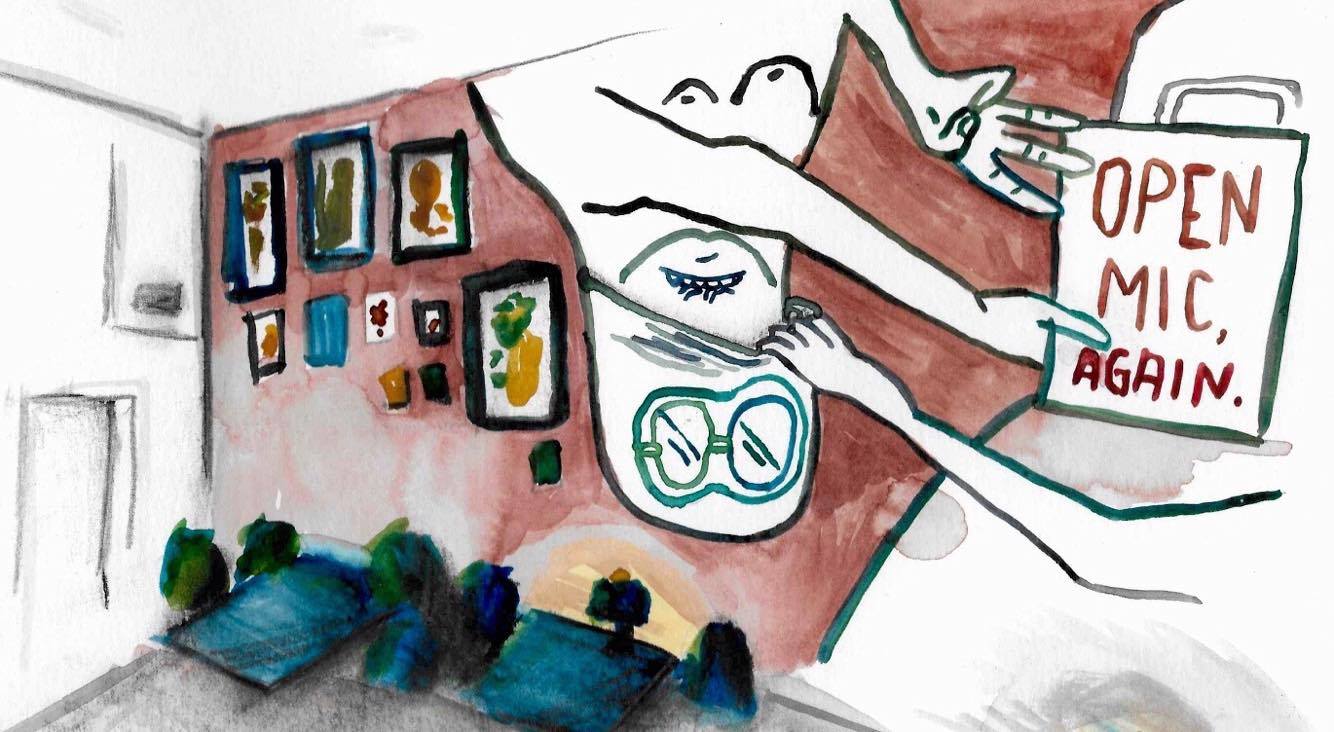 The most famous doughnut shop in all of San Luis frequently doubles as a music mania on the weekends. Open twenty-four hours, the sweet treats of the Doughnut Company entice all sorts of artists including rappers, song writers, poets and more. This open mic is pretty laid back with no sign up sheet necessary.

It’s more of a “just show up with no experience and that’s okay type of thing.”

You get five minutes of airtime, less if you wish, and the night is yours, while the audience listens attentively with donuts of all shapes, sizes, and colors in their hands.

Every first Friday of the month, students, community members, and tourists gather together at over twenty local galleries or art exhibitions to enjoy new and nontraditional exhibit spaces.

To participate, one simply walks to each location and they are able to see first-hand the engaging art that’s sprinkled throughout our community. Often these exhibitions have works of nationally or internationally acclaimed artists.

Art After Dark takes place from six to nine PM on the first Friday of every month.

This is the most famous open mic night that’s accessible to Cal Poly students is the KCPR Open Mic, conveniently located at the PAC Pavilion on campus. Anyone can apply to be featured during the event, but only fifteen get chosen to perform.

Talents include rapping, spoken word, acapella, drum lines, and comedic gold. Hosted and put on by your local college radio station, we know what students want to hear. KCPR only has one open mic night per quarter, so mark your calendars in advance.

Join us in a room full of carpeted seats as talent takes the center stage.

Known for it’s psychedelic swirls that capture the attention of anyone visiting, the Fremont Theatre is one of the most iconic theaters on the Central Coast. Equipped with a modest bar serving cold beer and a popcorn stand in full operation, the Fremont makes for a fun night filled with good acoustics and even cooler ambiance.

The Fremont has had all sorts of stars grace its stage, including The Growlers, The Frights, and Tijuana Panthers, as well as some different names such as JOJO, who pinpointed the pop crowd in SLO.

The Los Angeles-based ensemble Chicano Batman will be delivering a night of soul-funk psychedelia to the Fremont on November 14th.

Known for its bar-and-grill atmosphere, SLO Brew’s space became completely different when Autograph took the stage last spring. The small slender space became jam packed as the audience held their drinks overhead and the performers stood lit up against the stage. The balcony section held a substantial portion of the audience, where they danced and bobbed to the beats and bass.

A center of fine cuisine downtown, SLO Brew is home to some of the city’s best and most famous beers. A restaurant/concert venue hybrid, SLO Brew generally hosts touring bands as they pass through the central coast.