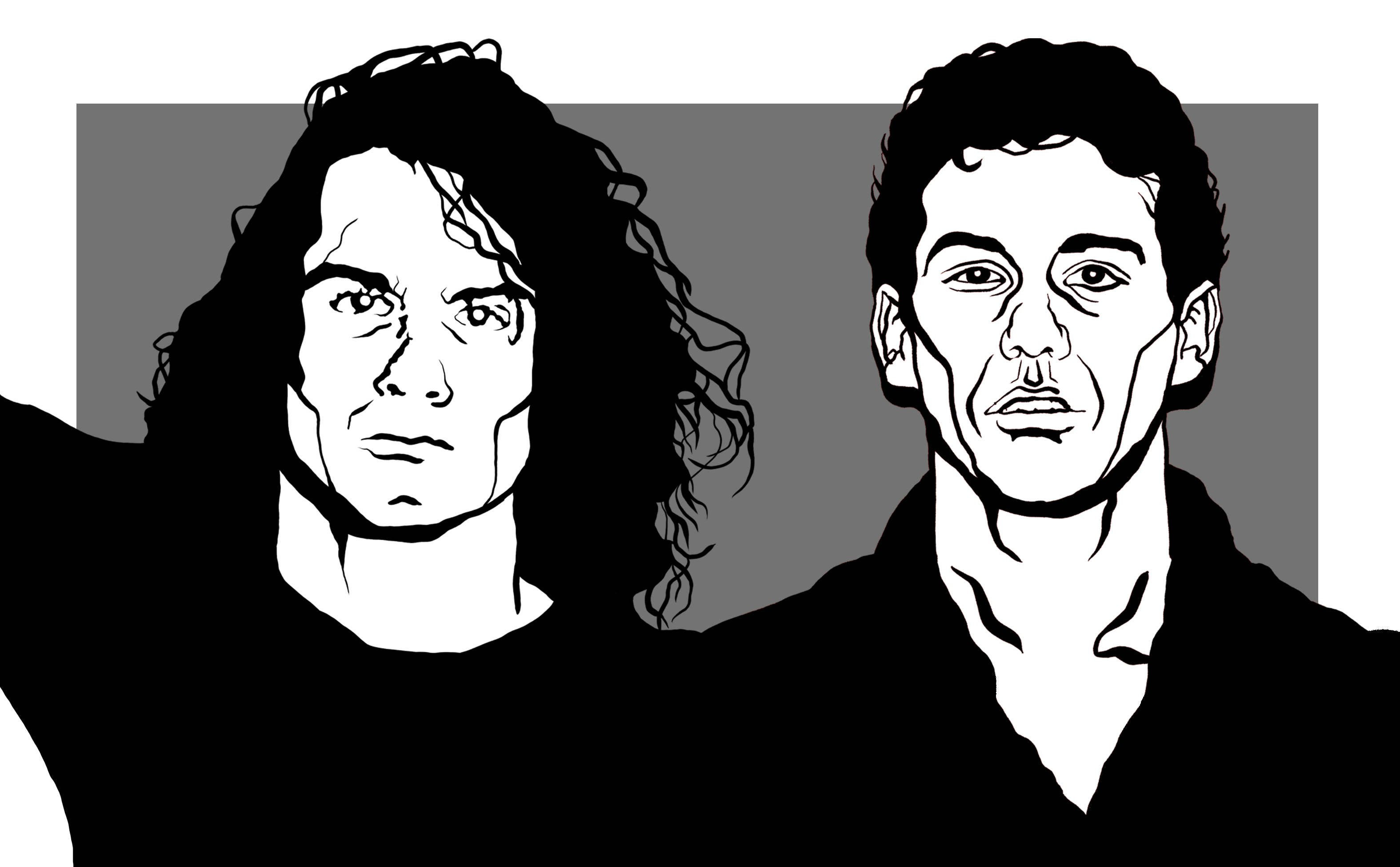 “We never wrote our own songs until Punk Rock, we never knew you could … and then when we heard these other lame dudes writing songs. It was like, ‘aw man, we could do this’” – Mike Watt, The Minutemen

Punk Rock in Southern California embodies the angst of West Coast youth coming of age in a rapidly changing society, pioneered by bands such as Black Flag and The Minutemen.

Many first wave SoCal punk bands took influence from East Coast bands such as Television and Talking Heads and British bands like Throbbing Gristle and Wire. The California punk groups of the late ‘70’s and early ‘80’s combined fast riffs with lyrics describing the alienation felt in the rapid suburbanization of California.

Bands like Agent Orange, TSOL, and the Crowd gained wider media coverage thanks to the efforts of KROQ DJ Rodney Bingenheimer, as he would often showcase up and coming punk rock acts on his show. Independent record labels such as Posh Boy, Epitaph, and SST became the sources of various albums and compilations that continue to influence music in California today.

The sound of punk in southern California expanded far beyond the common structure of fast, short songs with simple chord progressions. Bands like Suicidal Tendencies and Adolescents revolutionized a style of angsty rock centered around themes of science fiction and skating while The Gun Club and X mixed punk with Americana and blues. As The Minutemen and Red Hot Chili Peppers blended punk with jazz and funk, The Dickies and Wall of Voodoo added synthesizers and experimental production techniques to the mix.

In the last two decades of the 20th century, punk began spreading from the city of Los Angeles to the surrounding suburbs of the south bay, Orange County and Oxnard.

Hardcore and skate punk began to popularize as a new generation of musicians in suburban California came of age. This trend progressed well into the 2000’s, as more lo-fi, garage rock began to become popular. San Diego bands including Rocket From The Crypt and Drive Like Jehu began creating more technical music, becoming pioneers of post-hardcore and math rock.

The initial wave of punk rock reached farther into the recesses of the Los Angeles metropolis as the 20th century closed. Laguna Beach’s Ty Segall became a hero of fuzzed-out suburban garage rock and Dana Point’s The Growlers revolutionized a mix of surf rock and goth commonly referred to as “Beach Goth.” Record labels such as Burger in Fullerton and In the Red in Eagle Rock continue to push the boundaries of punk rock.

I would consider this to be the defining compilation of the first wave of punk in southern California. Comprised of bands from Huntington Beach, West Covina, and Rosemead, which California State Route 39 (commonly known as Beach Boulevard) passes through, this album defines the variety of music in late ‘70s LA and OC. As The Simpletones and The Crowd display a more juvenile and beachy sound, Rik L Rik portrays a darker and more gothic atmosphere.

As X blended the psychedelic spiritualism of Jim Morrison with the simplistic rock of the Ramones, they helped establish Los Angeles as a punk haven with this 1980 masterpiece. As portrayed in songs like “Sex and Dying in High Society” and “The Unheard Music,” X’s Los Angeles illustrates the alienation and deprivation of poor youth attempting to survive in a fast moving era and a rapidly growing city. Los Angeles, produced by Doors keyboardist Ray Manzarek and promoted through KROQ, proves to be one of the most important albums of the first waves of LA punk. More so, it stands as one of best punk albums of all time.

#3. The Minutemen – Double Nickels on the Dime

Double Nickels on the Dime is up there in the pantheon of game changing albums like Sgt Peppers and Pet Sounds. It not only provided a strong set of hits like “Corona“ and “History Lesson Part 2;” it changed the format of what a punk album could be. Providing a whopping 43 songs in nearly an hour, The Minutemen delve into issues such as poverty in Latin America and the war in Vietnam in minute long bursts of spastic punk energy. On this album, the trio of Mike Watt, D. Boon, and George Hurley produce a wide variety of sounds defying the common notion of what punk rock is, including the flamenco guitar piece “Cohesion” and the avant-garde jam, “You Need the Glory.”

#4. Rodney on the Roq Vol I Compilation

This compilation is the quintessential document of KROQ DJ Rodney Bingenheimer’s career. It features an extensive list of the songs he put into rotation on his show. Described by film critic Roger Ebert as “the soul of KROQ,” Bingenheimer was known for being one of the first commercial DJs to feature up and coming artists such as Siouxie and the Banshees and The Smiths, as well as setting the stage for influential local punk bands like Channel 3 and Redd Kross. This compilation also documents the variety the second wave of punk in SoCal oversaw, ranging from the raw energy of Keith Morris’ Circle Jerks to the beach pop of The Bangles.

I would consider this to be the most important album of punk-country fusion that emerged from Southern California. As the small renaissance of rockabilly and Americana in southern California went hand in hand with the punk scene, bands such as the Gun Club and X began mixing old blues standards with the speed and intensity of punk. Fire of Love is the perfect example of this as it features sped of renditions of old blues standards such as “Preaching the Blues,” along with originals like “For the Love of Ivy,” both of which would go on to become punk standards.

Throughout their existence as a band, Hermosa Beach’s Black Flag has become synonymous with the idea of hardcore punk rock. With their 1981 album debut Damaged, Black Flag was at the forefront of hardcore punk in Southern California. On 1984’s My War, the band took their sound a step further, incorporating atonal guitar solos, complicated rhythms, and an entire B-side of slow, heavy metal influenced tracks. Rollins sounds his angriest on tracks like “My War” and “Can’t Decide,” where he screams his heart out about concealing his emotions and feeling betrayed.

Some favorites from the modern times:

This San Diego band’s 2012 debut provides an important example of the influence of surf rock upon punk. Mrs. Magician overlays pop-friendly, Beach Boys-esque instrumentals with gloomy lyrics about getting eaten by sharks and doing acid with lesbians. This band is notable for putting a 21st century spin on the original power pop and punk of ’70s Los Angeles. Essential tracks include “There’s No God” and “The Spells.” Strange Heaven was released on ex-Drive Like Jehu guitarist John Reis’ Swami Records, and melds punk and surf. This album reaffirms the often overshadowed San Diego music scene as worthy of recognition.

One of my personal favorite bands, this Long Beach trio’s 2010 album debut features fast riffs and musical guitar solos. Tijuana Panthers create a unique sound that encapsulates visiting the beach in the midst of an intense urban heatwave. Singing songs about lonely red headed girls, sci-fi monsters, and shaving your head, the Tijuana Panthers mix ’60s beach reverb with campy atmosphere and wit. One of the first bands to play The Growlers’ Beach Goth Festival, Tijuana Panthers provide an excellent example of the newest wave of punk rock in Southern California.

The first few Beach Goth Parties at Santa Ana’s The Observatory were low key and primarily featured local artists. A friend who attended the second festival in high school lent me this compilation, and I was immediately blown away. Sounds include the speed surf of The Garden and the psychedelic sway of Mystic Braves.  This compilation provides an excellent introduction to the variety of music currently coming out of Orange County and Los Angeles.

Melted is one of the best new additions to Southern California punk. The Corona-based trio broke into the SoCal scene in 2013, and have been making waves ever since. Frequenting coveted venues like The Observatory and The Smell, as well as new venues such as OCDIY in Lake Forest, Melted have established themselves as the newest punk icons of Southern California. The Ziptripper EP is packed with six fast paced tracks that amplify the sound of three musicians to fill stadiums. This is one of the best produced punk albums to come out this decade, and I would recommend it to anyone looking to get into modern punk music.

Ian Ridsdale is a KCPR DJ and Cal Poly political science sophomore. He spins Punk Rock (and a zillion other things) on Sundays from 4 p.m. to 6 p.m. Pamela Moidel is a KCPR staff member and Cal Poly graphic design sophomore. She created the illustration.