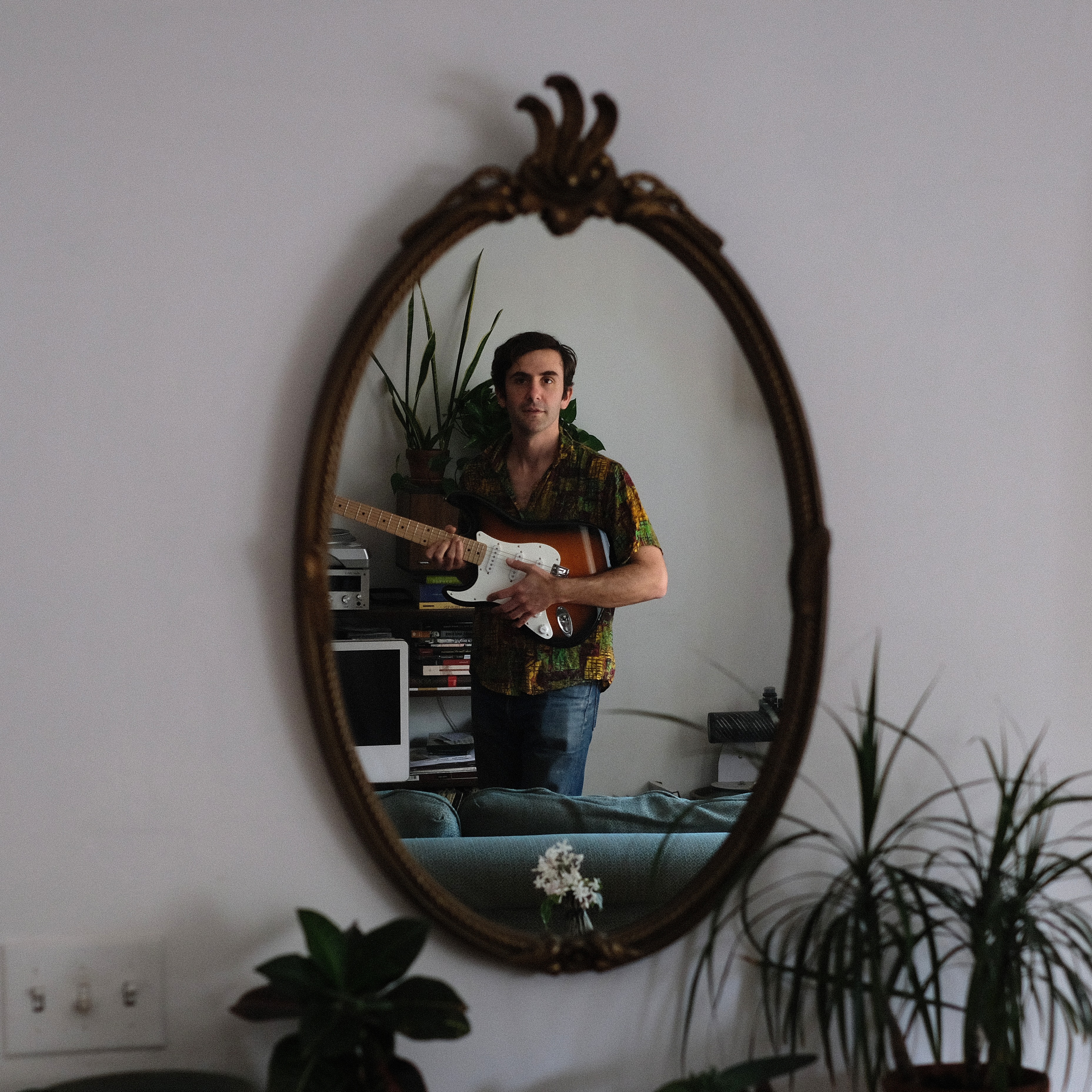 Kevin Morby and The Digitization of Tradition

Even if you haven’t heard the name Chris Cohen, you might have inadvertently heard him somewhere else. The LA-based musician was once a drum player for Ariel Pink’s Haunted Graffiti and Deerhoof.

Although he is a highly adaptive musician capable of a breadth of styles ranging from noise rock to psych-pop, Cohen the solo artist always manages to craft warm and welcoming baroque-pop vignettes that invite you to stay a while — and enjoy the view. Both in conversation and in lyrics, he has a soft-spoken sincerity that matches the crooning melodies you can find on almost any of his songs. My personal favorites: In a Fable, Memory, and The Lender.

Cohen’s acute awareness of tone and timbre is perhaps the result of growing up in a musical family and developing his knack for drums through toy kits with paper heads. His newest album, As If Apart, delves deeper into some of the passing themes presented on Overgrown Path — his 2012 release and first album — while still managing to feel fresh and forward.

I sat down to talk to Chris about the troubles of enumerating, fears he has when collaborating and albums that have inspired him over the last few years.

Just to get started, I’m interested in knowing — what have you been listening to during the process of writing and recording As If Apart?

One thing I was listening to, that I don’t think any of my music really sounds like: I was listening to this one Lou Reed album — I forgot the name of it, it just has a picture of his motorcycle helmet on the cover — it’s from like ’82 or something. I not like a super huge Lou Reed fan. I mean I listened to the Velvet Underground in high school and I love all that stuff, but I just happened upon this album and I was super into the lyrics.

Listening to As If Apart, parts of it feel — not necessarily polyrhythmic, but jarring meter, if that makes sense? Do you feel like that was inspired by any of the music you’ve been listening to, or is that just a change in writing?

No, I mean — usually things like that are — whatever ideas that come into my head, I just put ‘em down as they are, generally. I often don’t even notice if something is in an odd meter. I just take it as it comes. If I like it, I don’t change it. It’s not something I try to do, but a lot of the ideas — I guess I look for a variety of meter when I’m organizing the ideas that I’m gonna use. But as far as polyrhythms, that isn’t something that I’m often trying to do, even though I love polyrhythms.

Just however the ideas come into my head. Like sometimes — are you a musician?

Yeah. I actually play tenor sax in a concert band, so a little different setting.

Wait, so what does that mean when you play concert band? Like orchestral music or?

Yeah, like written out scored music as opposed to more improvised stuff.

Well, yeah. As far as polyrhythms — I often like things that have more triplet feel, or shuffle. I like shuffle feels a lot. It’s not that I’m not interested in polyrhythms. I don’t find myself exploring that in my music yet, but maybe.

Oh awesome, thank you. Thank you so much.

Oh, ha. I don’t know. No, I like that question — it’s kind of [laughs]. I guess in order to answer that question, I have to kind of explain, which I’m reluctant to do. I guess in an ideal world — like if I feel I’ve succeeded, then sure, yeah.

If it doesn’t present itself with any kind of logic that people can follow, then that would be my fault. I mean, I love hearing interviews with musicians, I like to know what they’re thinking but usually it’s more getting a sense of a person’s personality, not necessarily explaining their music. I think music is beyond explanation.

Definitely. How did you get started with music? And also, if you can remember what instrument did you start on?

Yeah sure. I definitely grew up with music around, like in the house. My parents would give me these toy drums sets — the heads were made of paper. I remember breaking through a lot of these. I think my parents got me a couple different ones. I was kind of a spoiled little kid, and then — I remember my dad taking me to Drum — there’s  drum store in San Fernando Valley (this would be like 1978 or ’79) like House of Drums. That was the name of the store. My dad bought me a child-size kit, but it was a real drum set. That was my first instrument.

I don’t remember how I got started but apparently, what I’m told is that I was always banging on things, as most kids do.

I’m not an especially vocal or verbal person, so even doing an interview like this is a challenge for me. So as far as music, I think that’s a big part of how I’ve learned to get around in the world, more than anything else.

Do you feel that’s kind of informed how you handle live performances? You’ve said you enjoy playing the drums more than any other instrument when you’re performing live — to kind of get that sound right?

Yeah, I love playing the drums, and I sadly had to give it up for this round of touring, because these songs are a little too hard to play and sing. I’m playing guitar now. I love playing everything, but drums are my favorite.

Has there ever been an instance where you’ve been writing a song and wanted a different sound or an instrument you haven’t played before? Like, have you ever had to learn a new instrument while writing a song?

Yeah. Well piano is kind of like that. I never took lessons and I’m not a real keyboard player, but I kind of forced myself to learn just because I love the sound of piano. I definitely think about instruments that I don’t have and would like to try using.

On the two solo albums, I kind of stuck to things, but in the future I would like to source music from random computer generations.

That’s awesome. Is there any inspiration for that?

Yeah, well one thing I know that is like that is — you know that Raymond Scott music? There’s this CD called Manhattan Research. It’s music that was made on these machines that spit out random melodies and then a human is selecting and modifying them. I want to take the basic raw generation of the ideas out of my hands and be in a more — selective process — if that makes sense.

Sure. Is there anyone whose style you’d like to work with?

There’s a lot of people I’d like to collaborate with. I don’t know, I’d like to try — basically, I’m not a good collaborator. I often lose touch with my ideas if I have to talk about them too much with other people.

I enjoy collaborating, but I always have this fear that I’m not gonna be able to hold my own in a collaboration, just in the sense of being able to retain the original ideas.

You do a really incredible job at making it all feel collaborative.

[Laughs]. Yeah, that’s all trickery, but that’s cool. I know you can’t probably tell, but its’ all click track, and it could be better.

You’ve said in your Stereogum interview that living in LA versus living in Vermont hasn’t shaped your albums, but that it’s been more about your jobs? Can you talk a little bit about what jobs you’ve been taking in LA?

I was working at this art gallery and just helping out there for a couple years — like setting up the PAs for events or running errands, doing research stuff for them. And then you know, the occasional food service, the waiter.

I’ve been recording people at my studio here and there for work. I’m just always piecing it together. Music is a hobby. I don’t make money from music — I just do other things to finance it.

Are there any cities you’re particularly excited to tour in?

Well, there’s nowhere I’m not excited about. I love touring. I was mostly stuck in LA for the past couple years, so it’s crazy to go anywhere, really. I’ve been to New Orleans but I’ve never played a show there. We’re playing there in May, so I’m pretty excited about that.

Sorry we’re not going to San Luis Obispo. Maybe next time. We’re going to do a West Coast tour later on, so, I could stop in there if I can.

Thank you so much for talking with me today, it’s been really awesome.

Yeah, cool. Thanks for your questions.

Live Music Next to Professional Snowboarders in Los Angeles: Welcome to Air + Style