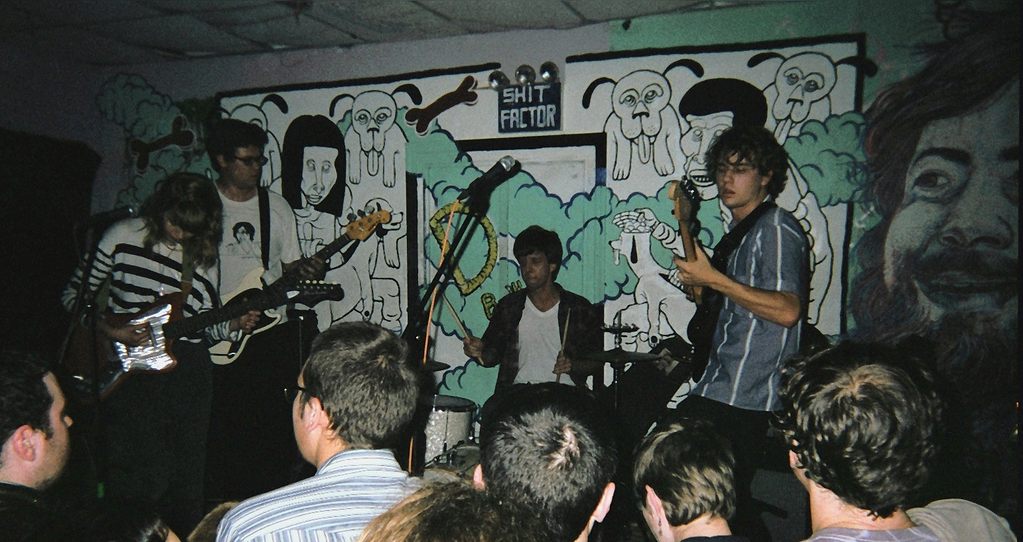 “No poet, no artist of any art, has his complete meaning alone. His significance, his appreciation is the appreciation of his relation to the dead poets and artists…The necessity that he shall conform, that he shall cohere, is not one-sided; what happens when a new work of art is created is something that happens simultaneously to all the works of art which preceded it.”

I cite Eliot here because even though he may’ve been a bit of an elitist, know-it-all old fart, his notion of a kind of reciprocal, ever-shifting artistic Tradition certainly warrants some reconsideration in 2016’s musical world—one veering further and further into digitization and rather untraditional issues of authority.

I got on this kick while I was reading a review for Kevin Morby’s newest album Singing Saw. The reviewer classified the album as “dreary folk,” and he was immediately gunned down in the comments section by someone arguing the album was rather like “indie rock” or “indie pop” or something. A generic and basically fruitless comments section debate ensued about the semantics of genre, which of course I followed to its generic and basically fruitless end. All the while, “Dorothy” streamed in the background.

It got me thinking: the Internet as a platform for sharing art still works within this relationship Eliot talks about, but affords it a historically unprecedented immediacy and proximity. What does this do to the text itself?

It would seem that the internet proves to democratize the text as much as disseminate it. If we consider reaction to a text (yeah, sure, that there shelved in the comments section) as a way of reconciling it with the Tradition, or the Tradition with it, we can’t divorce the two.

Once something even as ostensibly trivial as, for example, Nate K’s “anyone know what he is saying at the end??” (here commenting on Radiohead’s “Daydreaming” music video on YouTube) gets us thinking or asking questions, it changes the way we see that song. (What is he saying? What’s that distortion? Is there like a bear in the cave?) And once all these voices are all brought into conversation (which is really what Eliot’s Tradition boils down to—a big conversation), once these differing claims have been staked, it not only shifts the way we see the text, but also the Tradition, regardless of time.

Let’s go back to Singing Saw. At least some cursory knowledge of the “folk tradition” will point us to what might be considered a kind of preservationist or revivalist bent to some of the songs: a stab at the nature/culture dichotomy we see in the title track, in which a coyote’s laugh is rendered in a smoky guitar solo; the Dylan everyone brings up harkened back to vocally, as well as in such lines as “meet me in the morning”; the tried and true symbolism of the mountain, the garden, and the water. This is a take on some of what we (or I, at least) have taken folk music do.

However, tunes like “I Have Been to the Mountain” and “Singing Saw” (which unquestionably takes the cake in terms of YouTube comments sections) boast what might be a little too much spooky groove to be considered strictly “folk.” Furthermore, from within the indie rock or indie pop purview, all this talk of folk can really only be taken as an employment of or allusion to a set of musical and thematic conventions meant to invoke whatever emotions or ideologies we (or I, at least) have come to associate with them.

Basically, the question is whether or not the dude who fronted The Babies can ever be a folk artist, or just point to and employ what is thought of as folk. It’s a question of what saying “I play folk music” or “I play folky music” will imply, respectively.

(It’s here I want to express my hope that this will not be read as a stab at a definition of folk or of indie whatever—I can offer neither, and don’t care all that much. I tend to subscribe to Louis Armstrong’s “I-ain’t-never-heard-a-horse-sing-a-song” definition of folk and music, anyways.)

Not that Morby’s laying claim to either, and not that he’s obliged to in any way. Again, these labels and attempts to bend texts to conventions (and vice versa) are methods of “cohering” and “conforming” what basically turns out to be the past and the present. And nowhere before have we seen such attempts injected so indiscriminately into the text itself. Sure, there was always the album cover blurb and whatnot, but never such public conversation, never responses to such blurbs.

We can observe this Tradition unfolding in real time. This arena of the Internet has radically changed the way we experience art in general, drawing attention to the arbitrariness and malleability of (not to mention the subjectivity with which we perceive) the conventions we’ve come to accept with regards to genre, format, and culture. And look at the terminology, look at the debates on the economic side of things. No one really knows what to do, and it’s kind of awesome.

It’s all a conversation, generic, and basically fruitless. It sounds nice, though, and gives us something to talk (well, you know) about while we wait around.

Scott Erdiakoff is a KCPR content contributor and Cal Poly English graduate student. The feature photograph of this article is the property of Wikipedia user Facugutierrez.