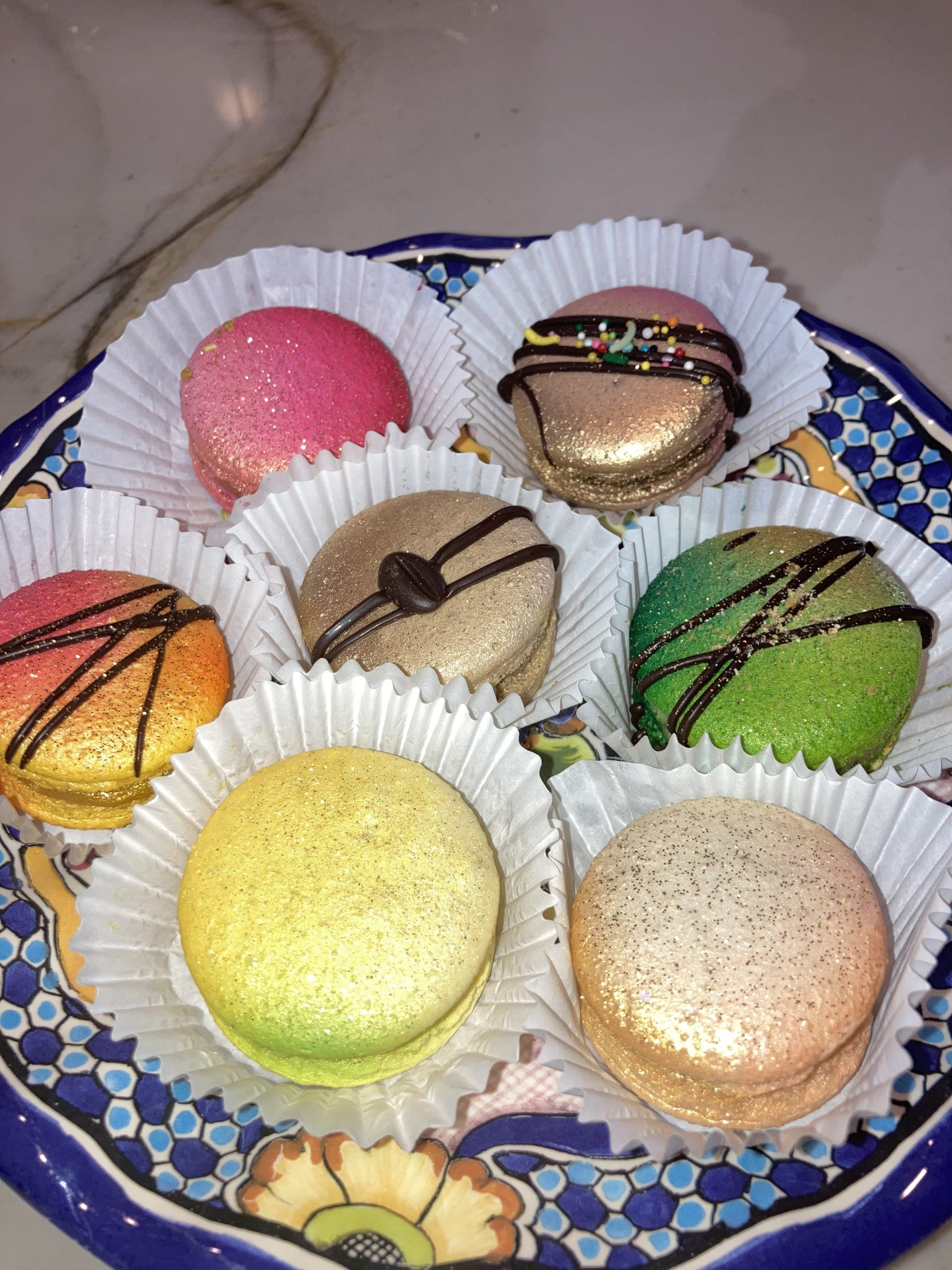 RollerFun101: The Newest Workout in SLO

Known for their unique and sparkly aesthetic, Monika’s Macarons has already made an impression after first opening shop in downtown San Luis Obispo in January of this year.

According to Monika Anderson, the business’s owner and chef, the macarons were born out of a rich history of art and French cuisine.

Before going into the food business, Anderson was an art assistant to her stepfather Andy Lakey, who became well known for his 2,000 paintings of angels.

Now, working in the food business, Anderson’s work is as much about taste as it is about art. Anderson said she uses the same art style for the macarons that she and her stepfather used for his angel paintings.

However, she also wanted them to be more than just an art form.

“Outside of them looking different and being a piece of art, I wanted the filling to taste good. I wanted to enjoy it,” Anderson said.

The recipes for her macarons are inspired by those of her French grandmother, who she said brought “a lovely legacy of French decadence” into her family.

However, Anderson didn’t always know how to make macarons. She said she was first introduced to the idea when her oldest daughter saw a macaron book at the store. The initial process of making them was challenging for Anderson.

“We tried about 30 different recipes and they were horrible. So, at that point it made me determined, because I had never tried at something so hard in my life and could not figure it out,” Anderson said.

Anderson was working at EAT Marketplace at the time, where Executive Chef Leah Dibernardo allowed Anderson to use the kitchen and restaurant as a platform to make and sell the macarons.

According to Anderson, customers quickly became fond of the unique look and taste of the bite-sized treats.

“When I was making the macarons, it just felt unnatural to have them just colored like everyone else’s food coloring with the art background that I have,” Anderson said.

In addition to using all natural flavors, 24-karat gold dust is sprinkled on top of the macarons for an added sparkle.

Anderson said she decided to open shop in San Luis Obispo because it is where she grew up and where she is most comfortable.

“I knew I wanted to do it in San Luis Obispo downtown,” Anderson said. “I always missed this area. I never felt satisfied anywhere I lived as much as I remember just being here.”

Monika’s Macarons is located at 1127 Broad St. downtown. In addition to macarons, they also sell gourmet coffee, chocolate bombs, vegan cookies and donuts. More information can be found on their Instagram and Facebook pages.