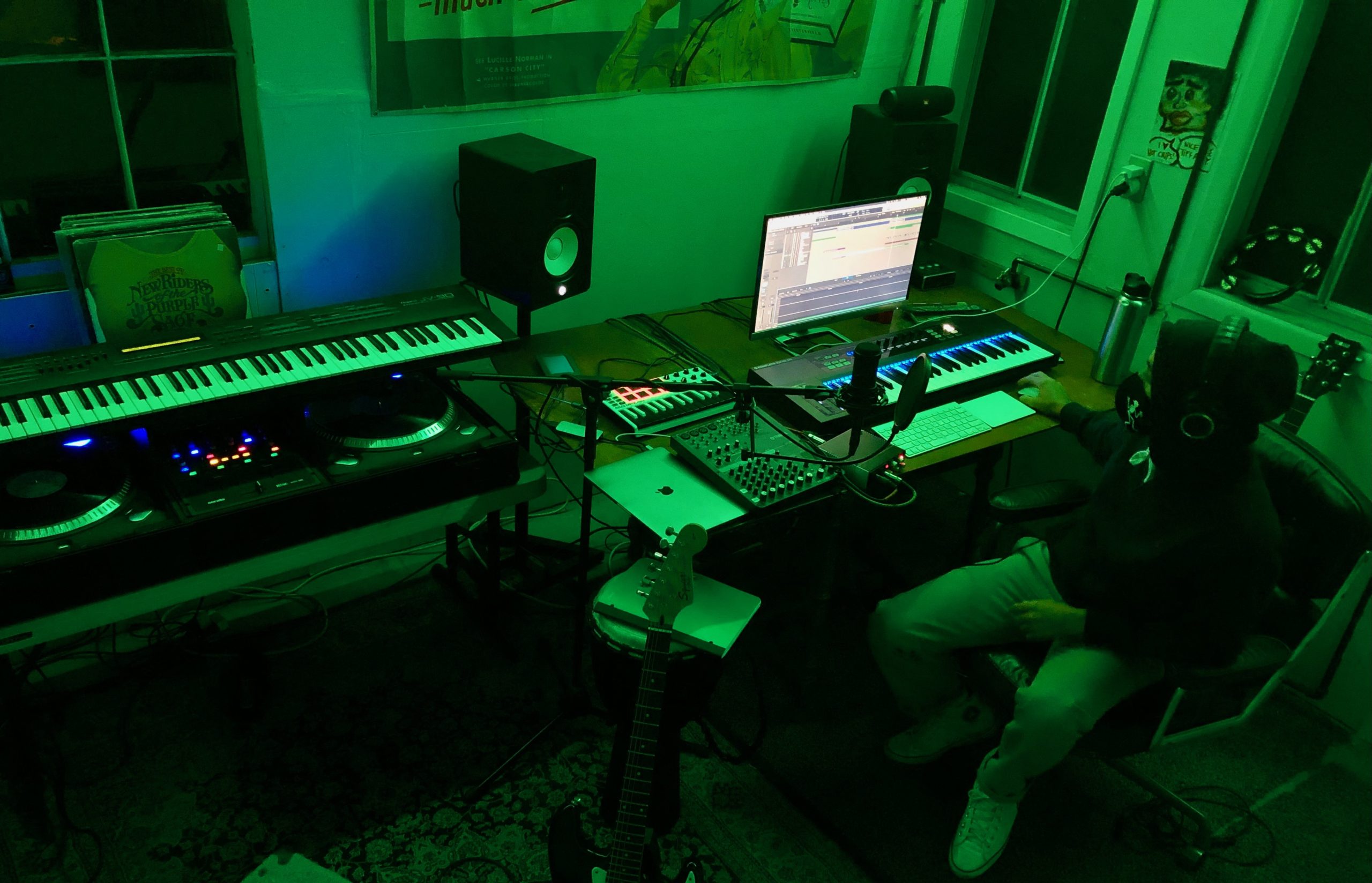 What is your DJ name?

How did you select/create this name?

When I was in high school, me and my friends all gave each other SoundCloud rapper names, because we thought it was hilarious. It was a joke. Then I made my Instagram name that, so that’s just what people called me.

For someone who has  never listened to your show before, what would you tell them in order to entice them? Give me your pitch!

I have some groovy, electronic, hip-hop -esque music that anyone can vibe to.

What motivated you to become a DJ and get involved with KCPR?

I’ve always loved exploring new music and finding new artists, so that was another thing that inspired me. But, mainly I had some friends who were in it and it seemed pretty cool so I thought I would join.

What are some of your favorite recent music releases? What were some songs or albums that made up your soundtrack to 2020?

There’s this one song by J. Balvin and Tainy that features Dua Lipa, it’s called “UN DIA” or one day.  I’ve been listening to that but I’ve also been really into this French band called Juniore. I’ve been really into them. It’s like some indie, French, rock music. It’s pretty swag. I’ve also been really into Yeek. He’s had a recent release called “Valencia,” which is his new album and I thought it was flames, pretty fire. Three different things, but I’ve been listening to that Dua Lipa song non-stop. I never really listen to Puerto Rican music, and once I started I realized it was really really good.

If you could go on a socially distant date/outing with any artist, who would it be and what would you do?

I would pick Kevin Parker from Tame Impala because he just seems like the trippiest person ever. We would go to his studio and he would show me how to do all of his music stuff. Him as a person – he’s so creative and innovative with music. He basically created this whole sub-genre, that a lot of other artists like to copy, so that’s what really fascinated me about Kevin Parker.

So then what artists that are live, would you want to see perform live? And you have a venue that you’d want to see them at?

I would really like to see Caribou. I’m a really big fan of his. His music is really popular but I feel like his social media presence isn’t really out there, so I would want to see him at a really small club. That would be awesome because he really engages with his fans. I respond to his Instagram posts and he always messages me back, so I have DMs with him. He has millions of monthly listeners, but he DMs me, so it’s nice. I love that guy. He’s cool.

How has Covid-19 changed the way in which your show is run? Can you tell me a bit about your at-home set-up and any challenges you may be facing?

I would say that, now, it’s definitely a little less stressful. I remember, when I was doing takes in the studio, I was really nervous trying not to mess them up. I would pre-write my scripts, but now I just have unlimited takes. It makes it a lot easier.

What is the first thing you would do if Covid-19 was long-gone?

I will play a bunch of shows with my band. That’s what I’ve been looking forward to this entire year. It’s called Makeout Reef and we’re from Los Angeles, California.