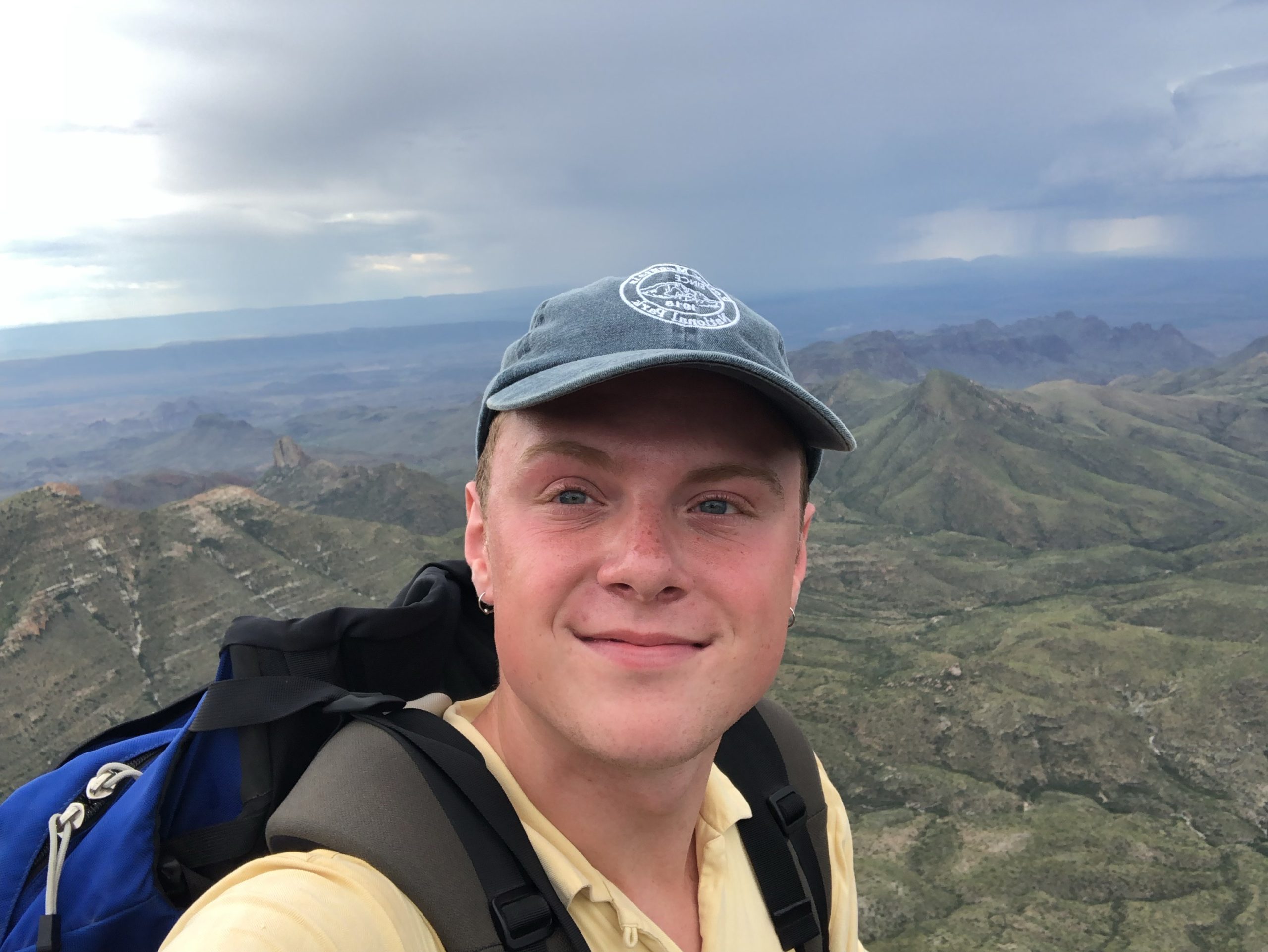 What is your DJ name?

How did you select/create this name?

I was born and raised in Texas. When I was training with my mentor, I was trying to think of names. There was one show where he asked me on air what my DJ name was, and I said I wanted something that was larger than life. If you don’t know who Big Tex is – he’s like the huge statue that greets you when you walk into the Texas State Fair every year. I wanted a persona that’s larger than life, so I chose Big Tex.

For someone who’s never listened to your show before, what would you tell them in order to entice them? Give me your pitch!

Oh, this is hard. I would say, if you love any indie, female folk singer, my show is the one for you. I feel like, recently, all I’ve been listening to and playing on my show [are] people like Adrianne Lenker, Angel Olsen, Alice Phoebe Lu, Phoebe bridgers, and Julian Baker – I’m just rattling off names. I have been obsessed with indie folk music, specifically like females, or female identifying people, singing indie folk music.

It just depends on the day, but most of the time, you can bet your money that there was at least one Adrianne Lenker song in my show. You will hear a lot of indie rock, very easy listening. The kind [of music] that if you walked into a coffee shop downtown, it probably is my radio show playing.

What motivated you to become a DJ and get involved with KCPR?

So, I have always been – I’m using air quotes – [a] music person. I was in a performing arts school growing up. I came to college and there was nothing for me here, that I have been able to find, that scratches that itch.

I became friends with some of the people who were already in KCPR at the time, and when the application rolled around, I was like, “I have to apply! I want to be part of this.” I wanted to be a part of something that had influence because that’s just what I’ve been attracted to. So it was really cool.

I felt like KCPR was an incredible opportunity for me to learn more about a hobby and about an industry that I didn’t know a lot about, but that I love. [It was also an opportunity] to grow as a person, to grow as a leader, and to find really good music. I feel like I’ve been transformed and blossomed as a person because of KCPR.

Then you became the programming director, so what inspired you to apply for that?

There was an interim in the programming and music director position at KCPR and, once she graduated, the spot was vacant.  Because of COVID, and other factors that have happened within the station, I was like ‘I care about this place and I care about these people and our audience and the influence that KCPR has on the Central Coast. I care about it a lot. I feel like I could have the potential to do cool things in this position and help navigate KCPR through COVID, into a post-COVID world, so that we can continue to be an important voice on campus.’

Also, I found it as a chance – because I feel like alternative music, for so long and in so many ways, is a white man’s game. I’m saying this as a white man, so take it with a grain of salt, but as an ethnic studies major, [I] have learned a lot of valuable lessons on what actual equity and inclusion look like. I just wanted to be able to be in conversations and to be able to help make decisions that work toward us being a more inclusive place as a radio station.

We have a lot of power with the voices that we’re getting to amplify and the people we’re choosing to highlight, so I saw it as a really cool opportunity to realize the goals that I had for KCPR.

What are some of your favorite recent music releases? What were some songs or albums that made up your soundtrack to 2020?

I have to think about this. So the first thing that comes to my mind is: “Set My Heart on Fire Immediately” by Perfume Genius. It was a record that came out in May of last year.

I would say, this year the music that’s come, I’ve really enjoyed the music that La Femme is coming out with. I think that they should be releasing an album soon. I also have really loved – there’s a band from Texas – their name is Tele Novella. They are like quintessential indie folk music that you would listen to on The Breakfast Club. I really like them.

If you could go on a socially distant date/outing with any artist, who would it be and what would you do?

It’s a tie between Adrianne Lenker or Erykah Badu or Lauryn Hill. I would love to talk to Lauryn Hill [but] I think I’m gonna go with Adrianne Lenker and we would go on a hike. If you watch her interviews – it’s like she’s in a trance when she talks about her music and when she’s talking about the things that she loves. I just want to experience that. I want to know what it’s like to make music as Big Thief, because I’ve heard they have very interesting techniques for the way that they create music. I would love to be able to talk to her. I would choose Adrianne Lenker.

If not Adrianne Lenker, I want to talk to Lauryn Hill because, to release one solo album and become one of the greatest rappers of all time is like GOAT-ed status. I just want to know what she has to say and I want to hear her insight on the world and just ask her questions about the rap game in the 90s. I feel like, especially as a woman and rap in the 90s, she’s so cool. So either Adrian Lenker [or] Lauryn Hill.

So then what artists that are live, would you want to see perform live? And you have a venue that you’d want to see them at?

It’s a hard question. I want to see Lady Gaga perform her Art Pop tour. When I was a kid, I saw the Born This Way Ball in middle school. I was a huge little monster. I would probably say Nina Simone.

I would love to see Nina Simone live in a performance hall, not a concert venue. I want to see her sitting in front of a piano – everyone’s like in suits – and we’re just listening to her, because Nina Simone is an incredible person and I want to hear her play piano.

How has Covid-19 changed the way in which your show is run? Can you tell me a bit about your at-home set-up and any challenges you may be facing?

So I record my show in my closet. I’m able to shut the door and because there’s clothes hanging around me and stuff, the sound doesn’t travel, so it doesn’t sound like I’m in a big room which is good.

There’s not necessarily any challenges with it. I’m really excited to get back into the station, but it’s been cool doing the things that we’re doing as DJs for KCPR. There’s not a lot of other stations that are able to do what we’re doing with the program that we have, so there’s a silver lining to everything. I really missed the station and I can’t wait to be able to get back into it, but, because we have funding and because we are a radio station that people believe in, we are able to broadcast remotely and do really cool things in a virtual setting.

What is the first thing you would do if Covid-19 was long-gone?

I can’t wait to go to concerts again. I can’t wait to be in the grocery store and not feel like I can’t be around people. I’m ready. I think the first thing that I’m going to do is probably sit in a coffee shop. I’m ready for the little things to come back, but I’m also ready to hug my friends. I think the first thing I’m gonna do is spend as much time as I can doing the smaller things that I missed the most.