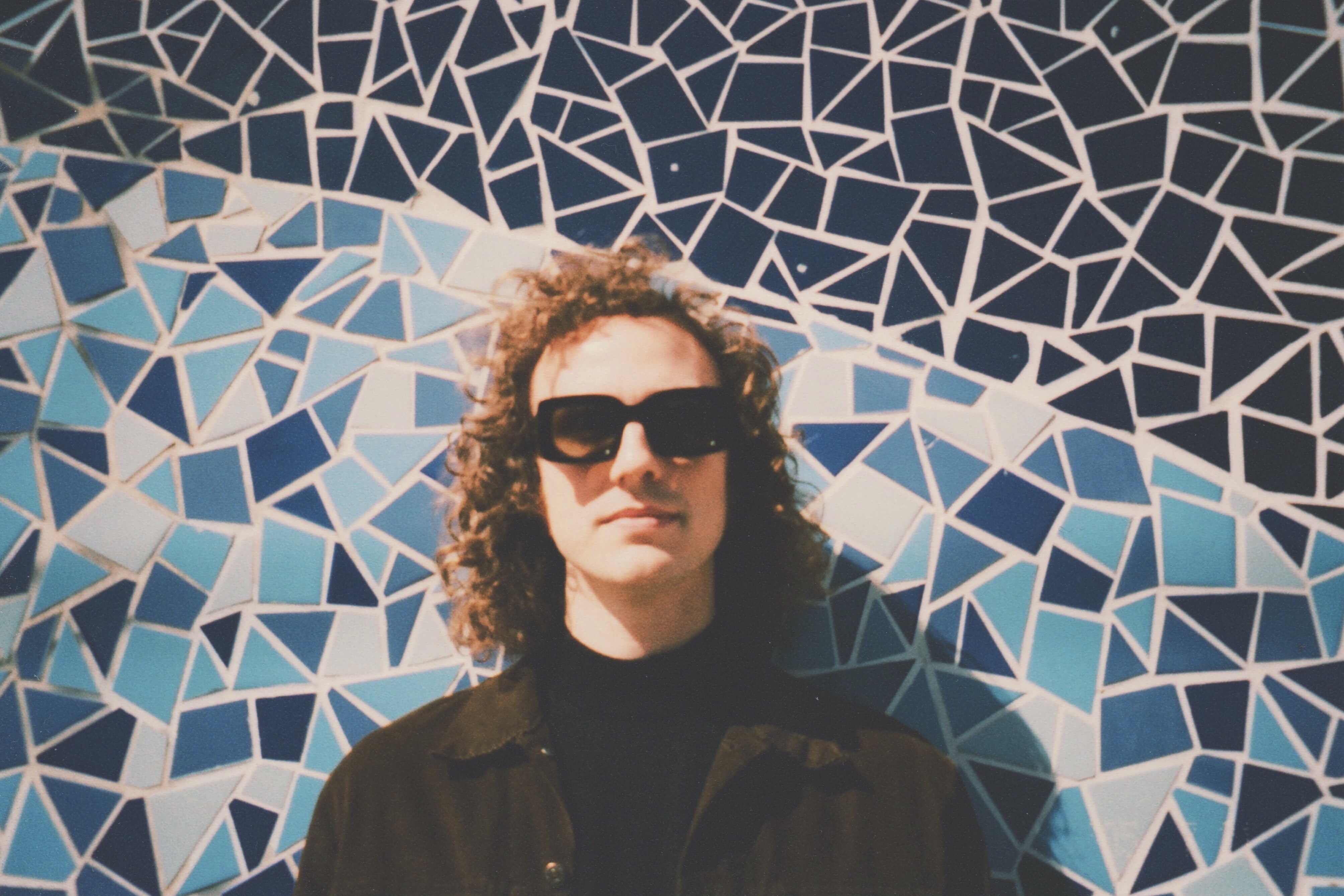 The “sun-warped psychedelic rock” band, Triptides, joined our very own Spenser J for an interview on KCPR.

Triptides has been on the radar of psychedelic rock fans since 2010, but their recent release Visitor and their collaborative album with Winter, called Estrela Mágica, have made 2018 a substantial year for the band.

Spenser J had frontman Glenn Brigman on air to talk about psychedelic rock scenes, inspiration, and collaboration with Winter. Listen to the full audio here:

Or read some of the highlights from the interview down below.

SJ: You all released your first EP, Triptides, back in 2010. Did you guys all play music before this, or was this kind of the origination of Triptides?

A: Yeah, the first EP was pretty much right after the band started. I was working with the previous co-writer Josh Menashe. We got together and put that EP together in our basement. We were living in this house in Bloomington, Indiana. It had a big basement and we ended up recording a bunch of stuff down there and came out with these early EPs and our first LP. It was basically like a recording project that ended up being more of a live band as it started getting some traction.

We played around town but didn’t do too much touring or anything for the first couple years. That was pretty much the formative recording and jamming years, for sure.

SJ: During those years, was this how you formed your collective sound as a band?

A: Uh… yeah. I mean it’s gone through variations over the years. We got into different stuff by listening to different music or inspirations. I mean we started off trying to be sort of a surf rock band then. We were into the Beach Boys, the Ventures, and the Tornadoes, all that type of stuff.

Then, we kind of got more into the psychedelic rock side of things. We had all been interested in that, but we found that we were good at trying to recreate those vibes, or whatever you want to call that.

SJ: How did you immerse yourselves in the psych rock scene?

A: I don’t know. We’ve kind of been on the outside of the scene. I mean we never tried to be a part of anything. We’re kind of our own little island of weird Indiana psychedelia; whatever you want to call that. When we moved to California in 2014, I started going out and seeing other bands, like-minded individuals who were into the same kind of music as us.

Eventually, we started meeting people like the dudes from Levitation Room, Mystic Braves, and the Creation Factory. There is more of that kind of scene in LA, so I guess that’d be our first sort of gathering in a sense. We were hanging out with people in Chicago too, like Lucille Furs. That’s how I got to know Brendon and Patrick who are now playing in the group. That’s kind of a funny story. There’s a little Chicago psychedelic scene too. You know, there’s different pockets all over the U.S. with that kind of energy and inspiration. It’s interesting thinking about it as one giant scene, but it’s more like little scenes all over the place connected by people.

SJ: When did you end up meeting Samira Winter?

A: I met Samira right after I moved to LA. I’d met Julian from Levitation Room and he brought me to a show with Joel Jerome and Winter. Maybe Levitation Room was playing too, I’m not sure. Maybe we were just kickin’ it, hanging out. Samira was there and realized that I liked Brazilian music and spoke a little bit of Portuguese, so we hit it off and started going to shows together. Eventually, we started jamming and trying to make some cool recordings. Three years later, we decided to put out an album. It was super organic, easy, and really fun. I mean she’s awesome to work with.

I think we’re actually going to be doing some tour dates early next year. Stay on the lookout for Winter and Triptides coming through your town.

SJ: What was the creative process like when you made Estrela Mágica together?

A: She’d bring the songs to the table and say, “I have these ideas in mind,” and I’d say, “Cool, let’s jam.” I’d play the drums and she’d play the guitar. We’d basically structure out the songs, figure out where the verses and choruses could fit. All that good stuff. Then we recorded drums and guitar. I’d overdub bass, keys, and lead guitar, or we’d have people come in. Mason from Fever the Ghost played bass and Jason from Dead Meadow played guitar in one of the tracks. We even had some of her Brazilian friends record on it. Yeah, it was really nice, man.  I mixed it and it just hung out for awhile until she was like, “Hey, let’s release it.”

One thing led to another, and now it’s on wax, which is pretty cool.

SJ: So, I checked out your social media and saw that you guys are going to be playing in Europe for your next line of shows. Have you been to Europe as a band before?

A: Yeah, we’ve been to Europe twice, two summer tours. We’ve never been in the winter so it’s exciting to go on a different part of the year and see if people are ready to go to shows. We’re hoping it’ll be a good tour. It’s pretty much a whole new lineup right now and we’re going to some places the guys have never been. We always have so much fun in Europe. The crowds are really awesome, super energetic and respectful. We get along with everybody. It’s just a really nice experience, and that’s what keeps us coming back.

We love our booking agent, Bjorn. He really makes it easy for us to get over there and play shows. It’s great time for everyone involved I think.

SJ: Do you guys have any future plans for when you get back from Europe?

A: Yeah, we’re in the works for a tour in early 2019. A west coast tour, hopefully with Winter. Next summer, we’ll probably head back to Europe. We’re looking at possible dates in Australia at the end of next year and maybe Southeast Asia. This is stuff that’s on the calendar.

Hopefully, we can keep on hitting these tours and we’ll have a new record by the end of summertime. We’re sitting on a ton of songs and it’s just a matter of sifting through all of these and figuring out what we want to record for the album.

Spenser Judd is a KCPR DJ and content contributor, as well as a Cal Poly journalism senior. You can listen to his show every Saturday from 12 p.m. to 2 p.m., taking the airwaves as Spenser J.  He conducted the interview. Image courtesy of Glenn Brigman.

An Interview with Dead Meadow