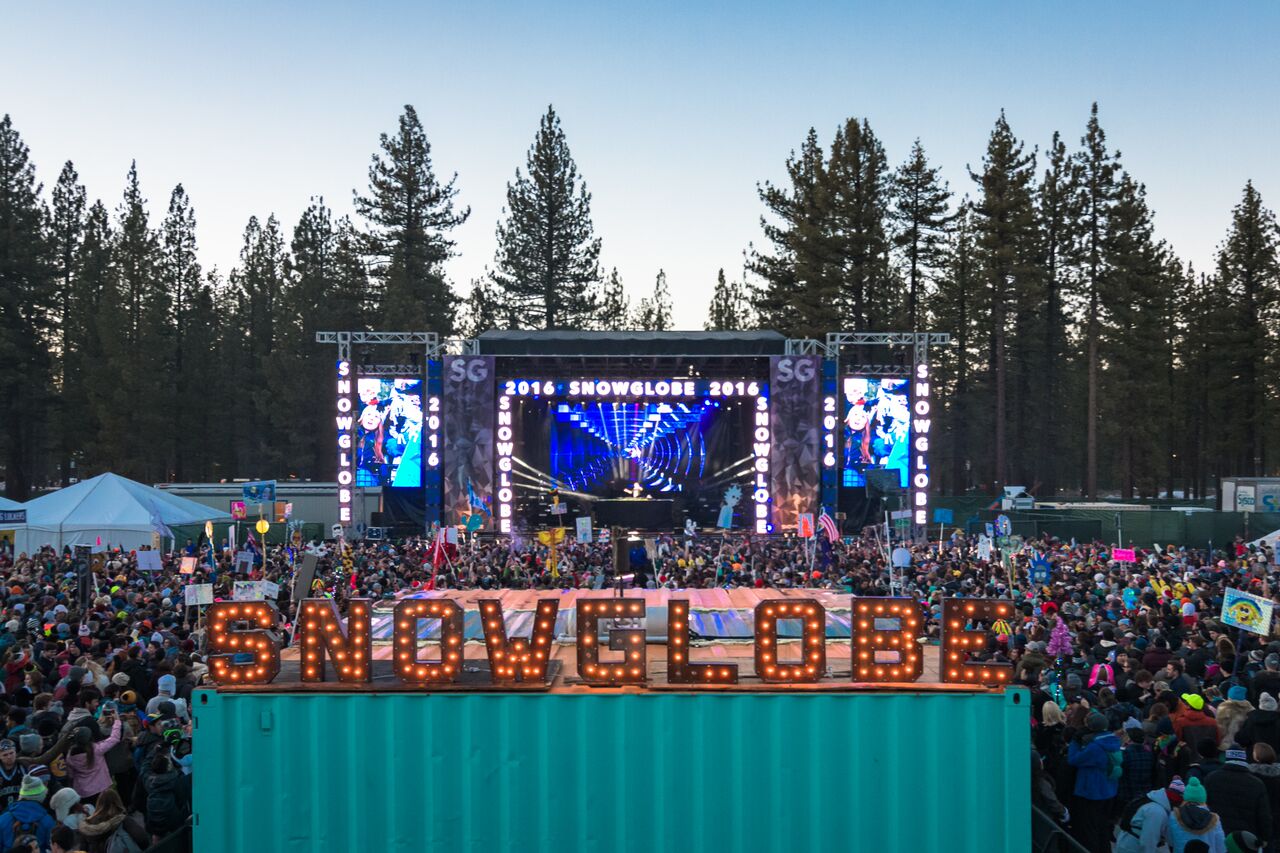 Snowglobe 2017 Was a Winter Wonderland

Snowglobe is back once again in South Lake Tahoe to close out the year with electronic and hip-hop music from certified stars and rising artists.

With artists such as Travis Scott, Khalid, and Tycho, there are a lot of reasons to be excited about Snowglobe this year.

However, don’t let the plethora of headliners stop you from exploring some of the lesser-known artists on the lineup. Here is our list of rising artists to check out at this year’s Snowglobe

Oliver manages to combine modern synth house, ’80s funk, and hip-hop seamlessly, presenting one of the most unique sounds featured on this year’s lineup. The producer/DJ duo samples funk, hip-hop, and pop while being unafraid to make original tracks with legends such as Del La Soul and Chromeo.

Leading up to this year’s festival, Oliver has blessed us with a SG17 SnowTape Mix, giving us a glimpse of the tracks they will be playing on Sunday.

Los Angeles-based artist Louis Futon has established himself as a leader in the Soundcloud remix scene. While his earlier work focuses solely on electronic music, the producer has taken more risks recently, opting to remix Kendrick Lamar’s “PRIDE.” and Frank Ocean’s “Solo.”

Futon has not been afraid to work with R&B artists like Ashe, Opia, and RKCB, showcasing his ability to make remixes as well as original songs.

Catch him live on Friday.

As many festival goers are excited to see Travis Scott and other big-name acts, make sure not to sleep on the R&B/Hip Hop group THEY. After touring with Bryson Tiller, the duo gained attention for their mysterious antics and distinct sound, seamlessly combining R&B and electronic music.

This year the group released their debut album, Nu Religion: HYENA, and have worked with electronic producers Skrillex and ZHU.

Make sure to catch their set on Sunday.

It’s hard to even describe what genre of music Oliver Tree falls into. As a singer, producer, and creative director, Oliver Tree has created an eclectic sound that is hard to compare to those of other artists in today’s music scene.

While his original tracks offer a more alternative rock sound, the singer is not afraid to branch out into other genres, working with electronic producers such as Whethan.

Make sure to catch his set on Saturday.

While many house producers opt for a darker sound, Pete Dougherty (AKA Moon Boots) incorporates modern elements of R&B and vintage elements of funk into house music, giving his music a euphoric vibe. Growing up in Brooklyn, Dougherty eventually moved to Chicago and became inspired by the local house scene.

After briefly touring with Lupe Fiasco, the producer signed to the experimental house label French Adventure, where he began to incorporate jazz, funk, and soul into his house tracks. On August fourth, Moon Boots released his debut album, First Landing.

Check out the single for the project, “I Want Your Attention,” and make sure to see them on Friday.