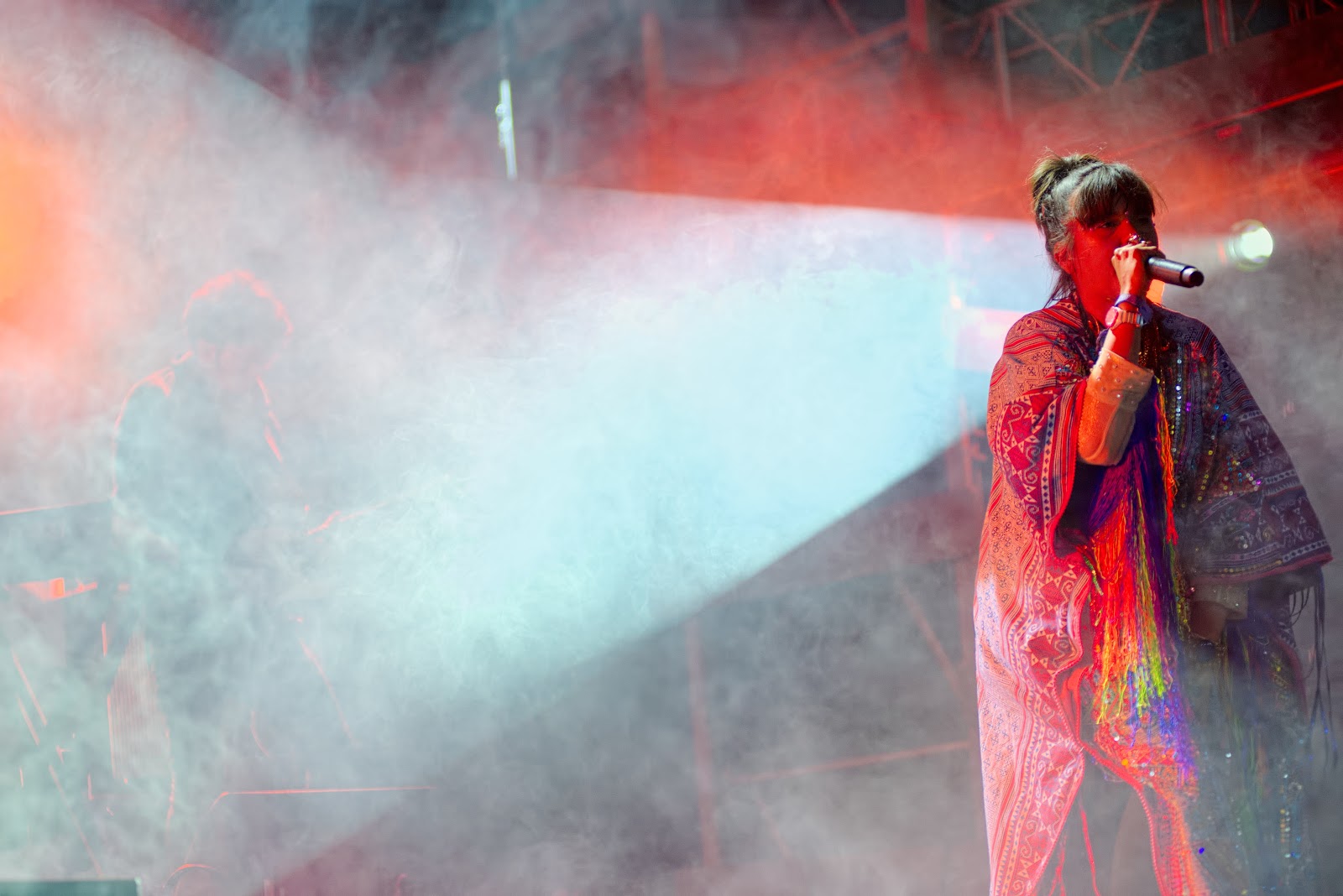 Chris Burkard’s “Under An Arctic Sky:” A Journey Into Uncertainty

Electricity filled purple-lit skies and eager eyes as nearly 20,000 guests trickled into the annual, highly-anticipated music and arts festival, Lightning in a Bottle.

Born in 2004 from the roots of a birthday party gone well, the DoLab has continued to craft and create an unparalleled experience known as “LIB”.

2017 was a special year at LIB’s most recent location in the San Antonio Recreational area near Bradley, California, with enough rainfall to transform what many recall as a grassy basin into a glistening reservoir.

Thousands of individuals came for a Memorial Day weekend filled with music, art, workshops, yoga, speakers, swimming and much more of what is mostly the unimaginable, re-imagined year after year.

After setting up camp among an ephemeral neighborhood of nylon rooftops, inhabitants either jumped, dove or waded into the festival with an intimate but lively lineup of early arrival activities. On Wednesday and Thursday, even before headlining performers took the wheel, the festival grounds offered an uncharted expanse of interactive artwork in all forms; sculptures and structures abound, murals in the works, a scene of stages and staged scenes, mother nature and the guests themselves.

By Friday morning, Lightning in a Bottle was in full swing.

The festival features four primary music performance stages, each clad in a geometry of vibrant drapery that danced along with the wind and wubs, echoing between stretched grins and stomping feet. We caught a glimpse of what each venue had to offer alongside an impressive lineup of names in music.

By both day and night, the Lightning Stage, with towering and billowing checkered ceilings, captured the curious from near and far. Featuring artists such as Bonobo, Kaytranada, Big Wild, Vallis Alps, and Two Feet to name a few, this venue sat as a midpoint within the festival grounds, transporting viewers both front and center as well as from the next hill over into something of a dream.

With lightning, comes thunder —heavy, pulsating booms lured in schools of guests as they quickly surrendered to a storm of electronic clatter and instrumental swell that swum in hip-hop rhythms. The Thunder Stage, bound by an orangey-red veil to accompany its fiery atmosphere, had no problem keeping spectators on their toes with artists such as Troyboi, Perfect Stranger, MachineDrum, Sam Gellaitry, Paper Diamond, and many, many more.

It wouldn’t be LIB without the Woogie — a colorful collection of people and sounds that serves as a reliable companion for any drop beat boogie. Arrive here with a crew, but soon you’ll be grooving with everyone else just the same under a single, twinkling disco ball. Vibrant sails and a cooling mist from both port and starboard of this venue made for a fine cruise under any conditions. The captains this year, some of which were Guy J, Stephan Bodzin, Lauren Lane and Monolink, had their guests in good hands.

Wandering northeast on LIB roads will land you way out west, smack in the middle of Frontierville. Visitors were welcomed to explore a piece of two-story pioneer architecture where a 24-hour round of poker occupied the ground floor or watch the show with legs draped from the upper deck. The Grand Artique stage featured just about anything from intimate jazz to upbeat American blues and consistently captured a rapturous audience with performers such as The California Honeydrops, Dirtwire, and Bootleg Sunshine.

These main venues are only the tip of the iceberg at LIB — diving below the surface offers an infinite number of extraordinary experiences that remain obscure until met with a friendly handshake and captivating conversation.

Looking down from an encircling tropical tree fort or submerged in the dance floor swell, anyone visiting the Favela Bar could choose from a menu of perspectives to take on this wild rumpus of enthusiastic guests and fresh DJs. Also featuring many artists who you may have never heard of, but soon will, the Pagoda Bar served up a healthy bite of bass under a mellow mood-lit guise.

Beyond the beats, LIB hosts a handful of workshops, cooking and yoga classes, tea tasting rooms, a derby race, 5K run, and pathways lined with feel-good food and timeless treasure vendors. Not unlike the playground of your wildest dreams, birds-eye hammocks, wooden swing sets, floating temples, geo-dome museums, climbing cages, and other immersive structures were strewn about the area.

A walk down an unfamiliar path at any hour of the night could leave one lost in the moment — perhaps knee deep in a lively improv performance at the Jive Joint or watching an interpretive beat-box snuggie dance from the comfort of the Fungineers’ living room. Regardless, it proved difficult to not be in the right place at the right time.

For a moment of quietude and speculation, on the northern edge and tallest point of the festival sits Mediation Lookout. Visitors had a chance to remove their shoes as well as any intrusive thoughts before entering this enclosed area — defined by rock outcroppings, lined with blankets, and blanketed by silk awnings.

Paying a visit to the lookout was reminiscent of a ride on a magic carpet with a cleansing frontward breeze, an aerial view of the entire festival, and the comfort of sprawled rugs and pillows. This was without  question the best locale for any type of nap and a front row seat to honey-roasted sunsets, star-speckled skies, or the migration of sunken morning fog from glassy reservoir into rolling hills.

This wasn’t our first time attending the festival, but once again we came away with an entirely different adventure than the last; Lightning in a Bottle continues to evolve as a festival within itself and remains distinct from others of its kind with impressive innovations from year to year.

The DoLab is offering a super earlybird sale for LIB 2018 with a limited number of tickets for sale at their lowest prices beginning June 10th at 10am through the weekend or until supplies last.

Whitney Engelmann is KCPR’s creative director and moonlights as a Cal Poly art & design junior. She experienced Lightning in a Bottle and wrote this article.