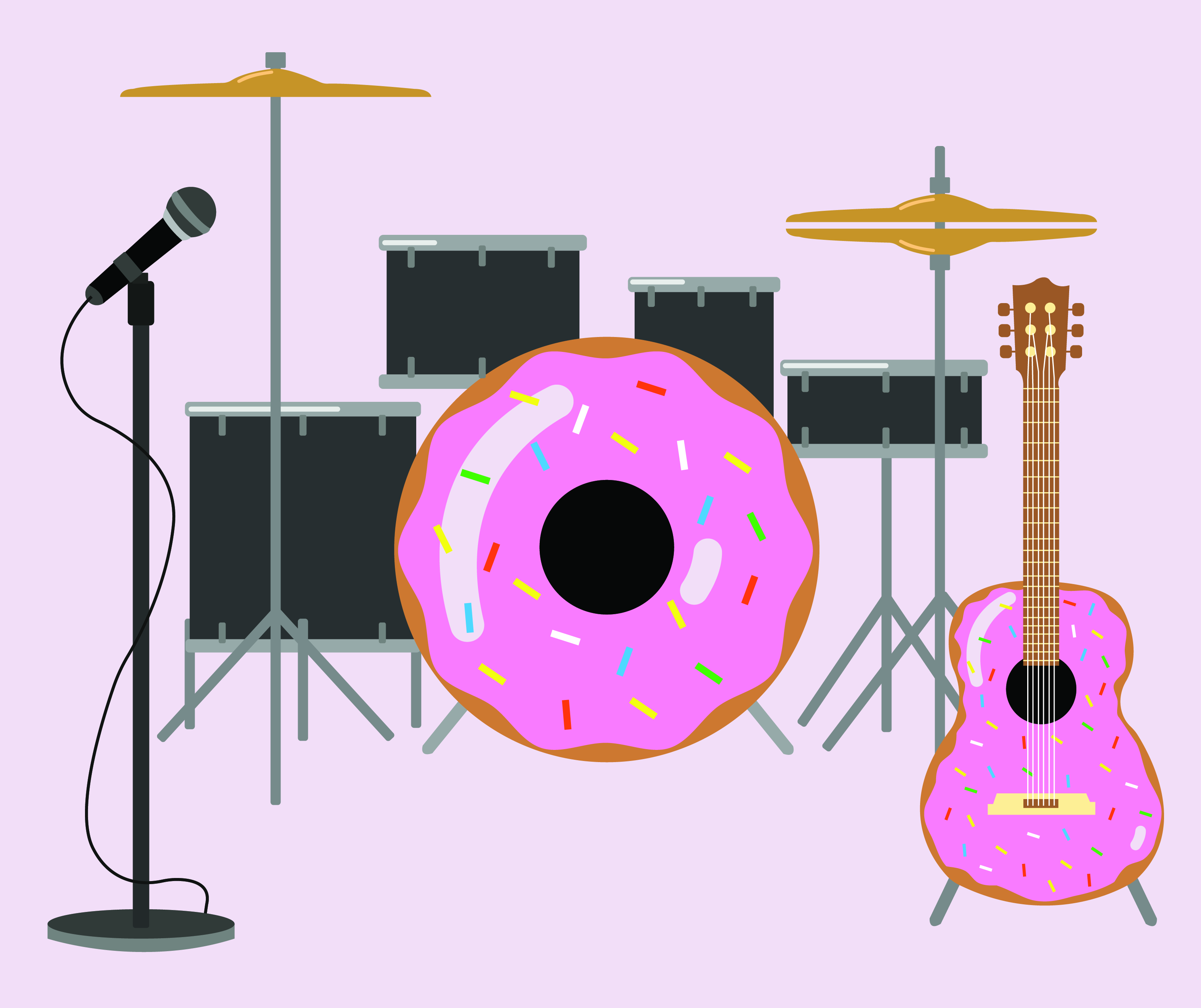 The New Wave is Moving Hip-Hop Forward, Take a Seat

As music blares from our duct-taped PA, my coworker mouths at me that she needs earplugs; the whole shop just ran out of the box I bought. Penniback Records is in for the night with local boys Shoot the Mariner and Royal Suns. To the dismay of my ever-patient coworker, these talents seldom play quietly.

SLO Donut Company has been hosting shows at least once a week for almost a year now, and they just keep getting better. San Luis Obispo needed something between the exclusivity of the DIY scene and the commitment of a SLO Brew show.

I saw a lot of potential for that something at SLO Donut Company (SLO Do Co for short).

An underground music scene was rattling the floorboards of San Luis Obispo long before SLO Do Co started having shows— but you had to know where to look. The Warehouse infrequently hosts shows, the Perpetual Energy Factory is great for a dance party and 2K7 Broad caters to your touring-band-punk fix, but all can be difficult to find.

After all, that’s what makes a local music scene so special, it’s hidden.

When you find it, it’s a magic crystal as shiny as you could imagine. Everyone is there because they want to be. They had to dig for the raw energy that’s uniquely derivative of underground music. It creates a symbiotic relationship between the act and the crowd, who feed off each other.

As is true with any magic crystals, these venues are hard to find. This underground nature of a scene is a huge part of what makes it special, but I also really like the idea of a place made accessible to everyone who wants to share their music and have people listen.

After a few shows that drew decent crowds at SLO Donut Company, the owners incorporated a stage into the store expansion that was underway. As a long time employee, I relentlessly pestered them to create and assign me the role of curating the music that came through. With answers that were arguably affirmative, I ran with the position and started to book bands. It didn’t take long for my inbox to flood with requests for shows. 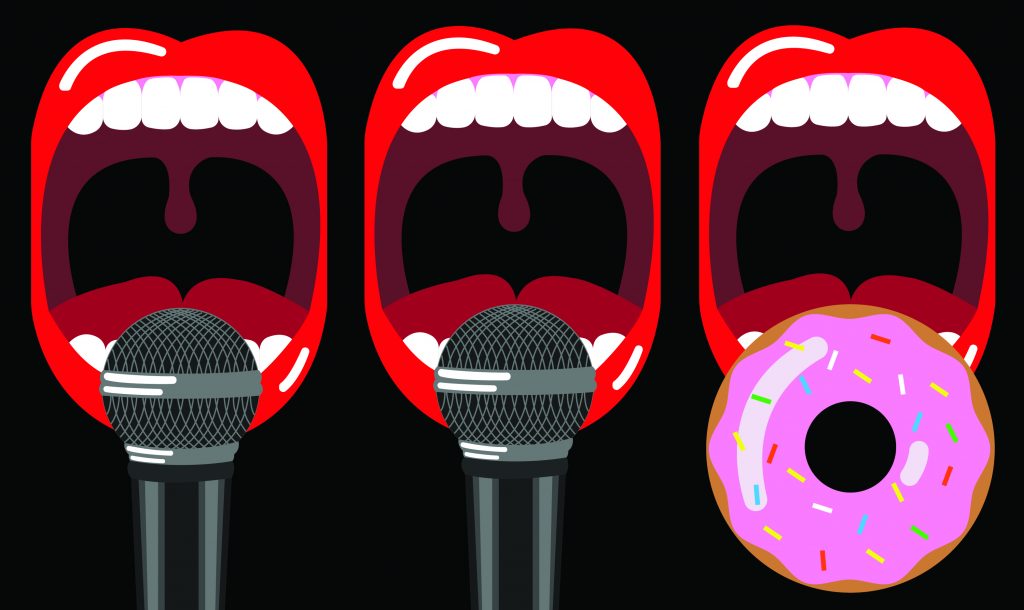 Bands passing through SLO wanted me to book shows with local bands, and when I didn’t have a clue what to do, these local acts in SLO helped me navigate running my haphazard venue, step-by-step. The camaraderie and generosity I experience from the music community is not only touching, but speaks to the passion all these artists have for creating and sharing their music.

The energy is contagious. Matt Hahn from Shoot the Mariner concocts hand-made posters for shows and constantly brings me incredible line-ups and ideas, Joel Alexander repeatedly refuses our donut payout whilst wooing the crowd into a trance with his kind words and amazing music. The boys from Runner have lent their entire PA system several times since I locked mine away and lost the key (until Matt lent me the bolt cutters that broke the lock).

I should probably return those soon.

The generosity is never-ending. The selflessness of all these musicians trying to help their peers eliminates petty competition that can sometimes arise in communities of artists. There’s just no room for it in local music. All for one, and donuts for all.

Every show is different, depending on who plays. In making the space their own, it’s evident how unique each musician is and how everyone performing contributes to the scene in their own way. Shows and crowds are getting larger and larger, and the happiness that seeps from the stage in undeniable. I love the thought of someone, somewhere, reminiscing about the time they played at this weird donut-shop venue once in college, and that I could help facilitate that.

I do a radio show two hours a week where I pick and play music from a single city. Researching for the show has shown me how DIY venues set the stage for bands to discover their sound.

X, Jane’s Addiction, Black Flag, and Adolescents all came out of the underground LA music community. Louis Armstrong and The Meters are a product of New Orleans Jazz and the local music scene that is such a part of the city’s heart and soul.

San Luis Obispo is usually just a stopping point between LA and San Francisco, but what planning shows has taught me is that there is incontrovertible value in fostering local music. The accessibility SLO Do Co provides is changing the way we think about local music in SLO.

When you go to a show at SLO Do Co, you feel the commitment between band members and audience members. They feed off of one another through this authentic commitment. When you go to a SLO Do Co show, you’re not just there to eat maple bars and abuse the wifi, you’re there to grow the scene and wrap some cables.

In no particular order, Kelli Normand is a Cal Poly political science senior, SLO Do Co employee and KCPR DJ. She studies history when she can, works all the time, and spins tracks on Sundays from 4 p.m. to 6 p.m. via 91.3 FM and KCPR.org. Pamela Moidel is a KCPR staff member and Cal Poly graphic design sophomore. She created the illustrations.