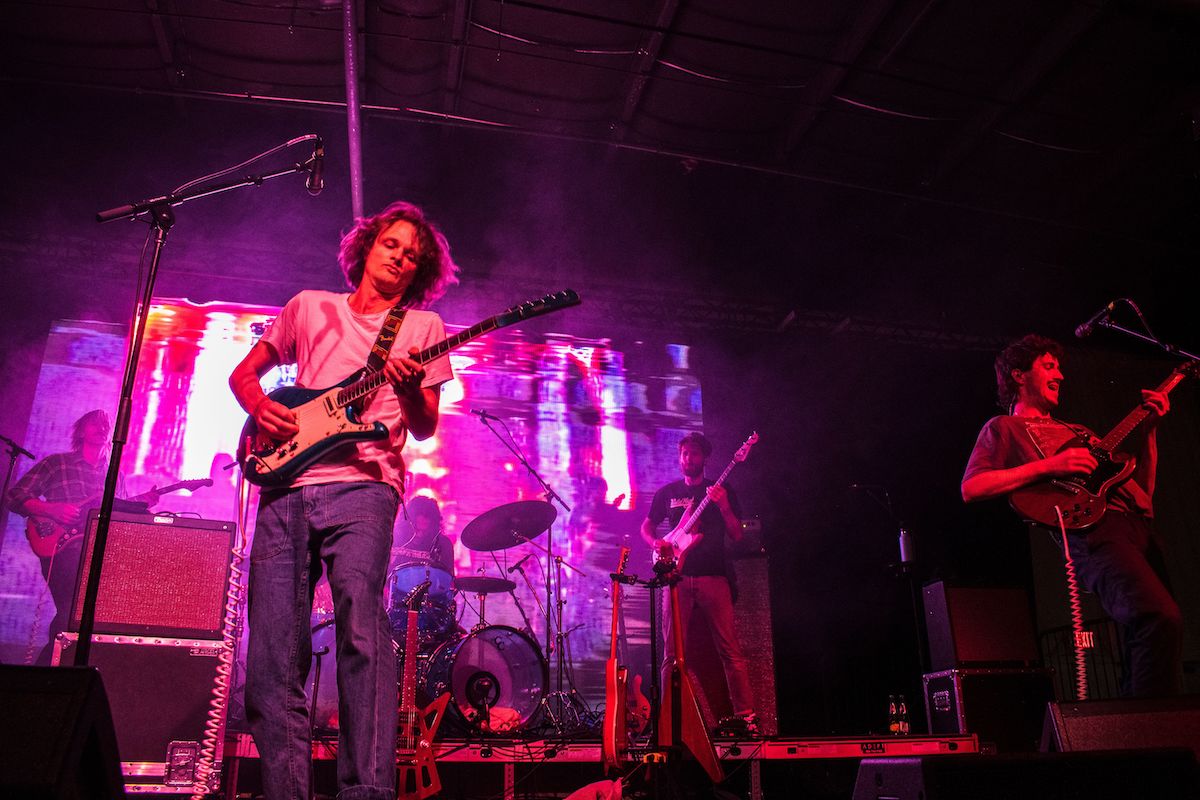 Style and sentiment: What’s in a tote bag?

On Sunday April 24, Australian band King Gizzard and the Lizard Wizard performed at the Madonna Inn Expo Center. Though the band recently released their album “Omnium Gatherum” and an EP, “Satanic Slumber Party,” they played songs from a variety of the albums in their extensive discography. Backlit with trippy visuals that complimented their psychedelic sound, the band maintained a consistent, exhilarating energy the entire night.

Opening artist Spellling began the show with an emotive set of songs from their new double LP, “The Turning Wheel.” The group used unique instruments, including chimes and a tambourine made from bottle caps, to create a shimmery and ethereal atmosphere. The emotion in the songs was palpable as frontwoman Chrystia Cabral closed her eyes and performed interpretive dance style moves along with the thumping basslines.

From the very beginning of their show, King Gizz displayed their talent and innovation with their use of multiple rhythm guitars, harmonicas, tambourines, falsetto backing vocals and a subtle echo effect. Overwhelming support for the band was apparent — the entire auditorium was filled, and some superfans even donned lizard costumes.

King Gizz began their set with energetic and fast-paced songs from their 2016 album “Nonagon Infinity.” Fans screamed and immediately began to mosh to the frenzied guitar riffs of “Robot Stop.”

The Wizards took the tempo down a notch with the fluty and delicate synths of “Shanghai.” A few songs later the band played “The River,” a 10-minute track with long instrumental sections. A near-spiritual experience for some, this song featured many overlapping rhythms interspersed with quick drum trills. One audience member was heard exclaiming “I’m ascending!” in response to the rising melody.

Lead guitarist Stu Mackenzie then swapped his guitar for a special microtonal one to play a few songs from their 2021 album “L.W.” The yellow guitar was outfitted with extra frets that allowed the musicians to play the scales of “Static Electricity,” “East West Link,” and “Ataraxia.”

Never bound to just one genre, King Gizzard & the Lizard Wizard opted to play heavy metal tunes to conclude the show. As the musicians churned out the electrifying riffs of “Predator X” and “Self-Immolate,” the crowd surged with the same liveliness that they began the night with.