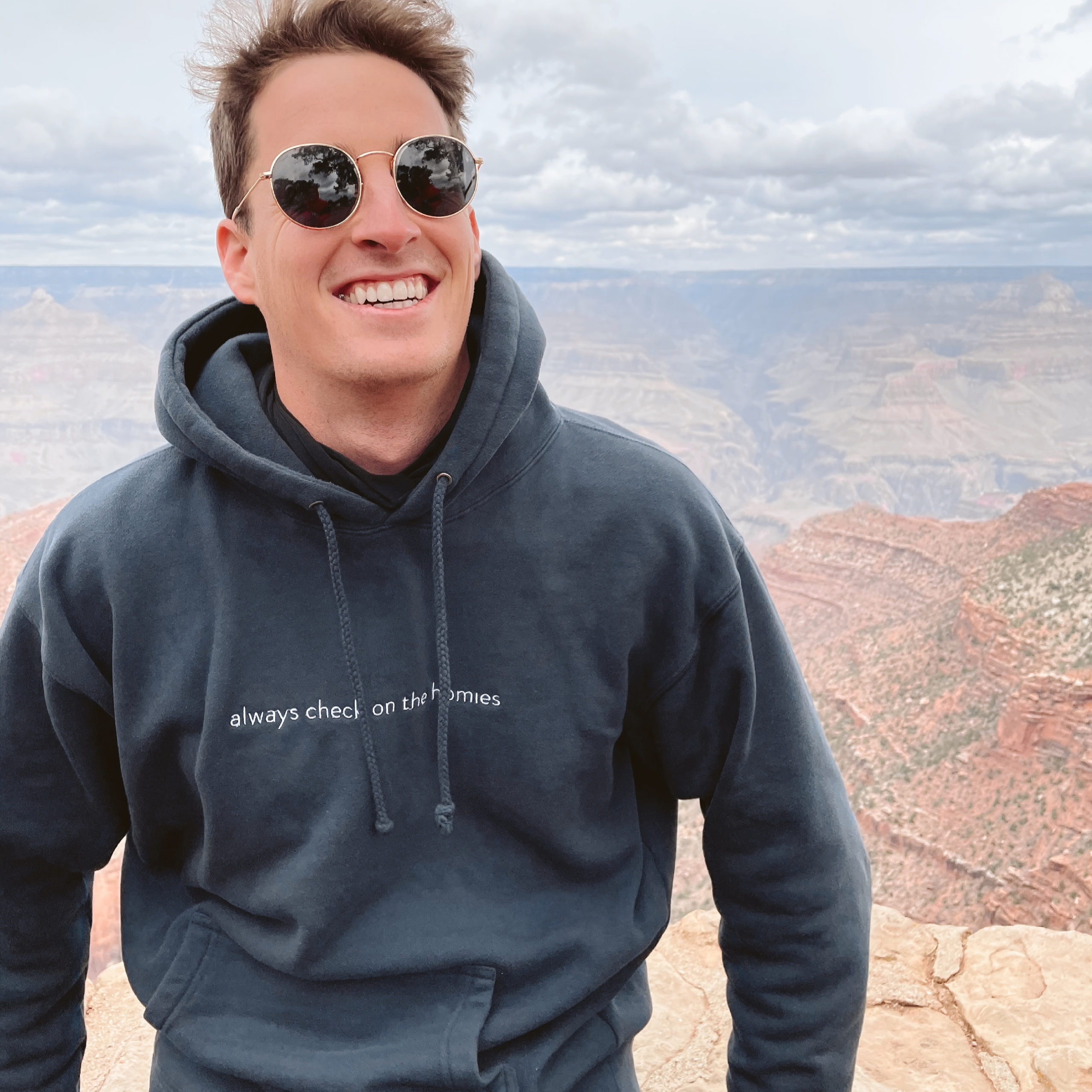 Always Check on the Homies (ACOTH) is a clothing brand and mental health service that was launched in March 2021 by Cal Poly alum Will Doerr. Doerr is looking to change the stigma surrounding mental health by promoting the topic as something that is not intimidating, but rather liberating.

According to The American Psychiatric Association, inaccurate or misleading media representations of mental illness can generate a negative stigma, which can lead to the discrimination of one’s self or others.

Doerr said that he believes that much of the information that circulates is hard to relate to and lacks a call to action, which makes the topic intimidating.

“When I was at Cal Poly, I noticed there were a lot of resources, but they didn’t get used as much as they should… Mental health is often promoted as a very serious topic that can feel overwhelming, but in reality everyone deals with it. In my opinion, you don’t necessarily need to be diagnosed before taking your mental health seriously,” said Doerr.

Doerr was inspired by his own personal experiences to start this conversation through ACOTH. He had just graduated, moved back home, was unemployed, and was working through some personal struggles. To try and get back to normal he tried something new.

“I got out of the rut by getting deep with my close friends, something I’ve never really done before. I didn’t know how much we had to talk about until we opened up to each other. Now I realize how important it is to check on your homies and I want other people to realize this too,” said Doerr.

Despite research maintaining the fact that mental health is an important aspect of a healthy lifestyle, the stigma that surrounds the topic often discourages many from bringing it up in conversation.

ACOTH’s vision statement explains this casual approach: “ACOTH is about starting the hard conversations and supporting each others’ mental health.”

They are taking this challenge head on by providing information about maintaining good mental health in a trendy way, while also supporting mental health non-profit organizations by selling hoodies and t-shirts.

Mental health non-profits, like NAMI, exist to educate communities about support groups and programs, advocate for change in public policy and lead events that fight stigma and encourage understanding.

Doerr believes that these organizations are quintessential to fighting the stigma, but wants ACOTH to take a different route.

“If [ACOTH] can continue to grow, it would be amazing to fund people’s initial therapy sessions. Therapy can be a great resource for someone suffering from mental health, but it is often expensive and difficult to access,” said Doerr.

Although the company is in its early stages of development, Doerr is optimistic about its future.

“It has been a cool thing to start a company based on a topic I’m passionate about. A lot of guys have been reaching out to tell me that this is important to them, and I love that. People might joke about our name [Always Check on the Homies], but the message is circulating in people’s conversations and becoming a reality,” said Doerr.

Doerr and his team at ACOTH are working to normalize a difficult topic and aid in the process of dealing with personal struggles. So remember, Always Check on YOUR Homies.