Imagine falling through an “Alice in Wonderland”-like rabbit whole except, instead of entering a world of mad hatters and red queens, being transported into a world of coding and bugs that need fixing.

“I’ve always wanted to write a children’s book or a book in general,” Patel said. “I thought if I did it as part of a senior project that would hold me accountable to get it done, and then also I always wanted to teach kids about coding.” 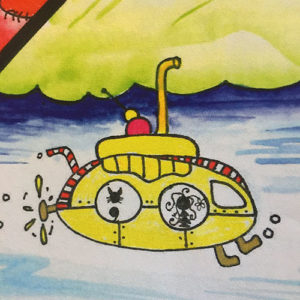 The book follows the main character “Char” as she travels through the land of Runtime. Each character, letter and number in the story have to do with computer science topics and are characters themselves, rather than mere objects.

Patel also included hidden bugs that readers could search for, just as coders search for bugs in computer systems.

Computer science freshman Divya Satrawada said this would have been a nice resource to have when she was younger.

“I would have enjoyed reading something like that as a kid,” Satrawada said. “I don’t think there was a lot [like this] around … when I was growing up, but I definitely think that it’s a step in the right direction.”

While the topic of her project had to be around computer science, Patel decided that she wanted her book to be different from most other books of its kind. 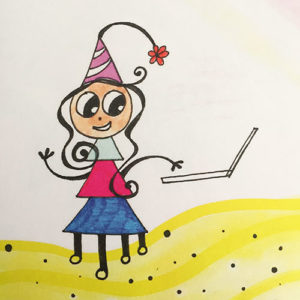 “I also wanted it to be more whimsical, not so literal,” Patel said. “Right now, there’s a lot of computer science kids books and pretty much all of them are very … ‘this is what code looks like’ whereas mine’s mostly pictures and puns.”

Patel created the book for her Senior Project with the guidance of advisor and assistant professor Theresa Migler.

The title “Runtime,” which is the period of time a computer program is being run, was chosen for several reasons.

“It’s like she’s in the running program,” Patel said. “And it was kind of a simple enough word to say and write.”

The last few pages also include explanations of the terms and names used throughout the book, such as “The Heap,” which is used to describe a computer’s memory storage and the mountain Char and her pet climb up.

When Patel set out to write the book, she had a clear idea of who she wanted Char to be. 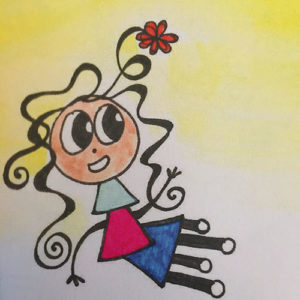 Representation like the type shown in “Runtime” can be important for children to see when they’re growing up.

“A lot of the STEM oriented toys or activities tend to be focused or geared towards boys, so I think books like this … [are] a really good way to encourage girls from a very young age to start learning about computer science and engineering in general,” Satrawada said.

After going from stick figure drawings and handwritten text to colored figures and the final copy, Patel obtained a business license and decided to self-publish — thus Puzzle Piece Publishing was born.

Patel described what it was like being able to hold the tangible version of her passion project.

“Holding the copy was how I would imagine giving birth would be,” Patel said. “You’ll work on something for a long time and be like ‘It’s here.’”

She said she calls her book “my baby” and her mom calls it her “grand baby.”

Patel wishes to inspire children, especially girls, to become interested in computer science and technology, and hopes the computer science puns will be entertaining for both kids and their parents.

“Runtime” is currently available on Amazon and can be directly ordered to the bookstore Barnes and Noble.