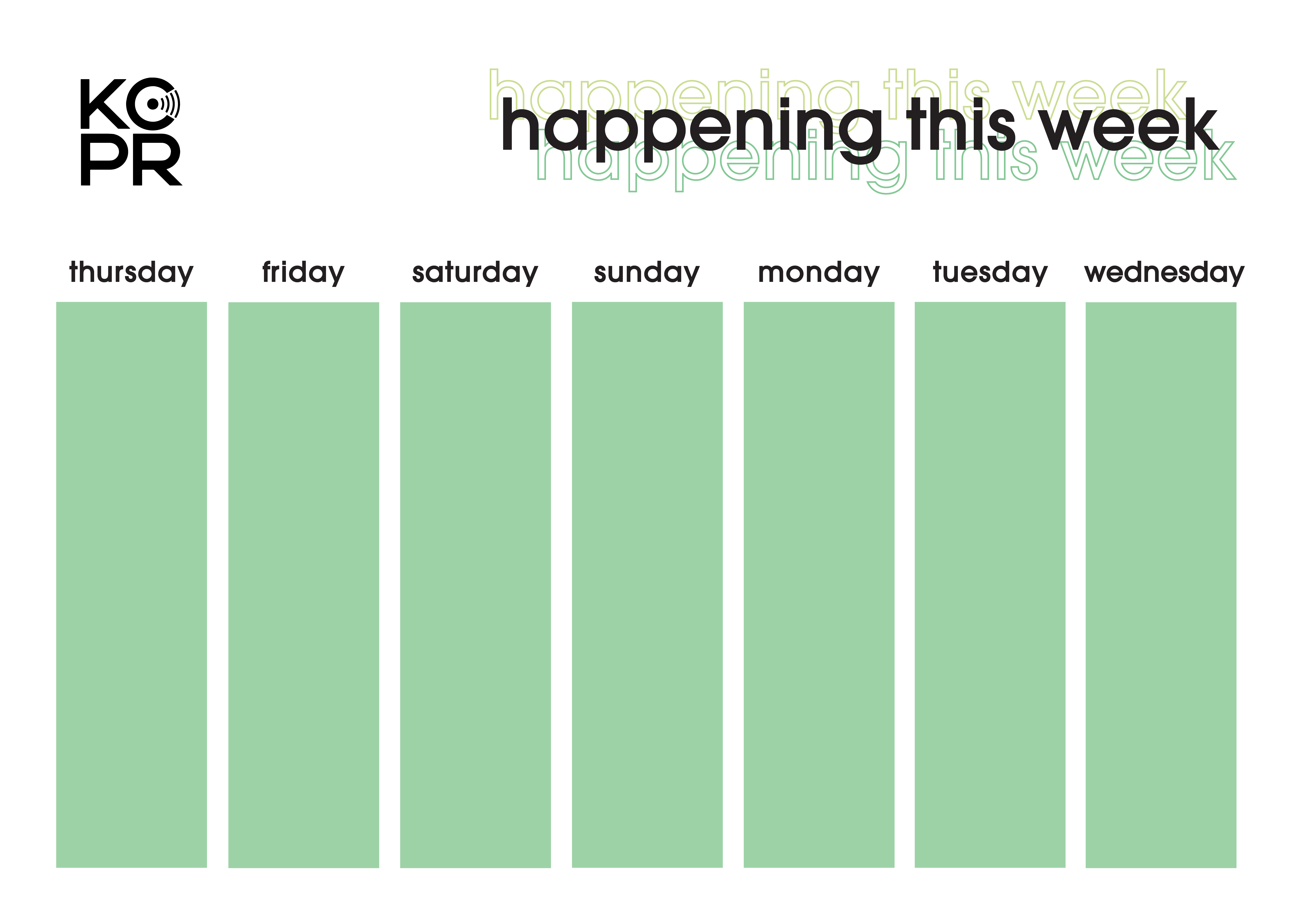 The alternative pop band is going live this weekend for two nights following the release of their new album “Dreamland,” which came out in August.

See if you can nab any of the prizes from this virtual game show that takes place every Thursday.

Given the current circumstances of the pandemic, this yearly event celebrating the year’s wine harvest is taking place at the individual wineries versus a marquee event. The participating wineries are listed on their website. It is happening Friday, Saturday and Sunday.

This show is the sixth installment in the comedy series and will be a stream of an actual live performance. This week includes sets from comedians KevOnStage, Zainab, Jonnae, Chaunte, Kennelia, Tyree, and Angel.

Featuring sets from San Francisco and the Bay Area’s best Asian comedians, this virtual event happens every Friday. It is free and is hosted by K. Cheng (NBC’s Stand Up for Diversity and Khmers of Comedy

Learn how to draw some fun items for a mere $5 and all you need is a pen and piece of paper. This is another weekly event.

“The Nightmare Before Christmas”/”The War with Grandpa” Double Feature

Every week the Sunset Drive-In projects a double feature, and from Oct. 16 to Oct. 22 the holiday classic and children’s feature film are it.

Saturday is the second night this alternative pop band is going live following the release of their new album “Dreamland,” which came out in August.

Outdoor viewing of Night of the Living Dead at Dana Adobe Cultural Center in Nipomo. Parking spots are $5.

Recurring farmers market that happens from 2:30pm-5:30pm at the Cambria Veteran’s Hall.

This alternative rock band is performing live from Del Mar, Ca Friday night and the whole show will be live streamed for the world to see.

This Saturday is a stand-up comedy event through the popular video game Animal Crossing. It is free for everyone via zoom (you don’t even have to play the game!) and is hosted by Jenny Yang, one of Variety’s 10 Comics to watch for 2020.

The film “Purple Mountains” is debuting Friday with a Q+A with the POW founder Jeremy Jones afterwards. “Purple Mountains” follows Jones as he is looking for a “united path forward on climate policy.” This is a hybrid event so it’ll be taking place both virtually and in person.

The Unseen Series – Them Crooked Vultures

“Haunted Hills” will be a hauntingly memorable drive-thru experience at the Elks Event Center for three weekends in October. Don’t miss your chance to feel the real scare of 2020, with fear-inducing scenes, creepy sounds and scary interactions.

Given the current circumstances of the pandemic, this yearly event celebrating the year’s wine harvest is taking place at the individual wineries versus a marquee event. The participating wineries are listed on their website. It is happening Friday, Saturday and Sunday.

Take a break from a stressful week with this free virtual event. No experience is necessary and it includes simple breathing exercises, stretches and guided meditations.

A free virtual comedy show is taking place this weekend featuring the Bay Area’s top African-American comedians, such as Chris Riggins (who opened for Dave Chappelle)

New York-based drag personality Linda Simpson has brought her favorite game from in-person to online for all to enjoy for the small price of $10 each week.

Bob Eubanks Backstage with the Beatles!

Craving a live music experience? Take a trek down to Ventura, Ca to see the Dj and television personality in person … from your car … so you’re safe and socially distant from others. This show features a performance from the band Ticket to Ride.

Racism in the Food System

This zoom event is hosted by Cal Poly’s Real Food Collaborative with guest speakers from Yisrael Family Farms. The owners will be speaking on their experience starting an urban farm in their backyard with the goal of growing food.

Run the Jewels are performing their newest album, “RTJ4” for the first time in its entirety via livestream. It is hosted  by Adult Swim on their Youtube channel. The virtual concert aims to raise awareness for the importance of voting and to encourage young voter turnout.

The Super Sunday Swap Meet is a weekly event hosted at the Sunset Drive-In in San Luis Obispo. Buyers and sellers are welcome, masks are required, and food vendors are open on site.

Given the current circumstances of the pandemic, this yearly event celebrating the year’s wine harvest is taking place at the individual wineries versus a marquee event. The participating wineries are listed on their website. It is happening Friday, Saturday, and Sunday.

Yoga on the TMC Patio

Take part in a 60 minute restorative Flow Yoga Class on The Monday Club patio. Must bring your own yoga mat and face masks are required.

Join the jungle pop duo every Tuesday for a fun livestream experience.

Join Zach Brown Band for the sixth week six of their ten week free virtual concert series. Each concert will stream live Tuesdays at 8PM CST on Facebook, Twitter, YouTube or at campingworld.com/concert.

This singer/songwriter/ producer is going live Wednesday from the lobby of the Roosevelt. Tune in to hear some genre blending sounds.

His third live stream is for the West Coast starting at 8pm. Tickets start at $19.50 for the livestream of Bay performing at Shakespeare’s Globe in London.