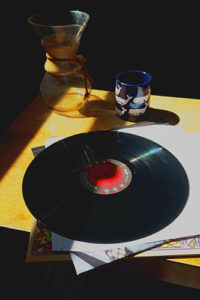 The Recording Industry Association of America (RIAA) released its 2020 Mid-Year Revenue Statistics on September 10th, which stated the revenue growth of the recorded music industry this year, and, highlighted the effects that COVID-19 has had on it.

You may have read on other publications such as NME or Pitchfork that Americans have bought more vinyl records than CDs for the first time since the mid-1980s, however that is not entirely true. Revenue from vinyl sales in the first half of 2020 has exceeded CD sales, but the number of CDs sold is still higher than that of vinyl records.

The RIAA report states that revenue from vinyl sales was $232 million and that revenue from CDs dropped 47% from 2019 to $130 million. New vinyl costs more than CDs, which is why we see higher income for vinyl sales, but there was still a lower number of vinyl units sold (8.8 million) than CDs (10.2 million). Americans are not buying more vinyl records than CDs, but they are definitely spending more money on them.

The COVID-19 pandemic has disrupted the music industry in several ways, such as retail stores closing and artists canceling their tours and by thoroughly analyzing the RIAA statistics, we can see that consumers have had difficulty purchasing CDs, thus opting to consume their music more digitally and conveniently.

While vinyl and CDs fight over physical format sales, streaming revenue for all services (Spotify, Apple Music, Pandora, etc.) nearly reached a whopping $4.8 Billion in the first half of 2020. The RIAA report has brought much attention to the scrap for scraps between CDs and Vinyl. In contrast, streaming services have run away with all the money while not fairly compensating the artists who make their services worth spending money on.

In researching how local stores had coped during the pandemic, it was found that the national trend of vinyls versus CDs trend was similar locally too. 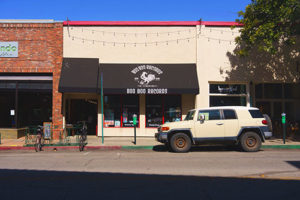 While this information wasn’t new, what was surprising was the fact that consumers are purchasing new vinyl more than they are used and collectible vinyl.

“There’s about a 60-40 or 70-30 split for new versus used vinyl being sold units wise … Monetarily that is a larger number [for new vinyl sales],” said White.

While it is certainly pleasant to see a renaissance of vinyl appreciation in the last decade, it would be overzealous to say CDs are dead.

“I will always want to buy CDs at least once in a while. I don’t think they will ever go away,” said James Bremner, a senior Agricultural and Environmental Plant Sciences Major.

Vinyl is not always a feasible music listening format. For many students, especially first-years living on campus, they don’t have the space to store their record collections or beefy equipment setups. For other students like Bremner, CDs are often just the most suitable option for extensive drives between SLO and wherever home is.

“CDs are most convenient for me in college since I cannot listen to records here at school … I buy CDs primarily for my car,” said Bremner.

Furthermore, a college student’s life usually consists of budgeting for instant-ramen and cheap beer, not vinyl. Personally, while I would love to listen to Aphex Twin’s Selected Ambient Works Volume II or My Bloody Valentine’s Loveless on Vinyl that’s not a bootleg, but I’d rather not sell my arm and leg to do so.

Those albums and many others from the late 80s, 90s, and even 2000s have never been widely reissued, so the only way to own one on vinyl is to buy from a collector selling them for hundreds of dollars. Streaming is ultimately the most convenient way to listen to music while doing our due diligence with social distancing.

However, the essential role of local music shops such as Boo Boo Records, Cheap Thrills Records, and Square Deal Recordings & Supplies, all of which have been a part of the community since the 70s, must be remembered.

“We play the role of the iconic touchstone if you will — a gathering place for many … we have been in the community for 45 years,” said White.

Boo Boo Records currently offers curbside pickup and online-only shopping for even the most resolute social distancers. However, for those who opt to go to the physical location during these uncertain times, it is normal to feel apprehensive about it. Luckily, Boo Boo Records sells packaged stress relief in the form of vinyl, CDs, DVDs, artwork, apparel, and other collectibles.

White, who certainly knows the essential role physical art plays in human culture, sums it all up pretty nicely.

“That tactile experience is so meaningful to so many people, having it in their collection, being able to have a physical product to hold and have the artwork … the whole experience is what makes it meaningful,” said White.

A local record or music store will provide a unique experience that Spotify, Apple Music, and Amazon certainly cannot. While the streaming moguls can give pretty much all music directly to the consumer at any time, they will never be able to beat the local businesses involved in it for the love of the music.

Netflix and Chill: Why We Binge Watch