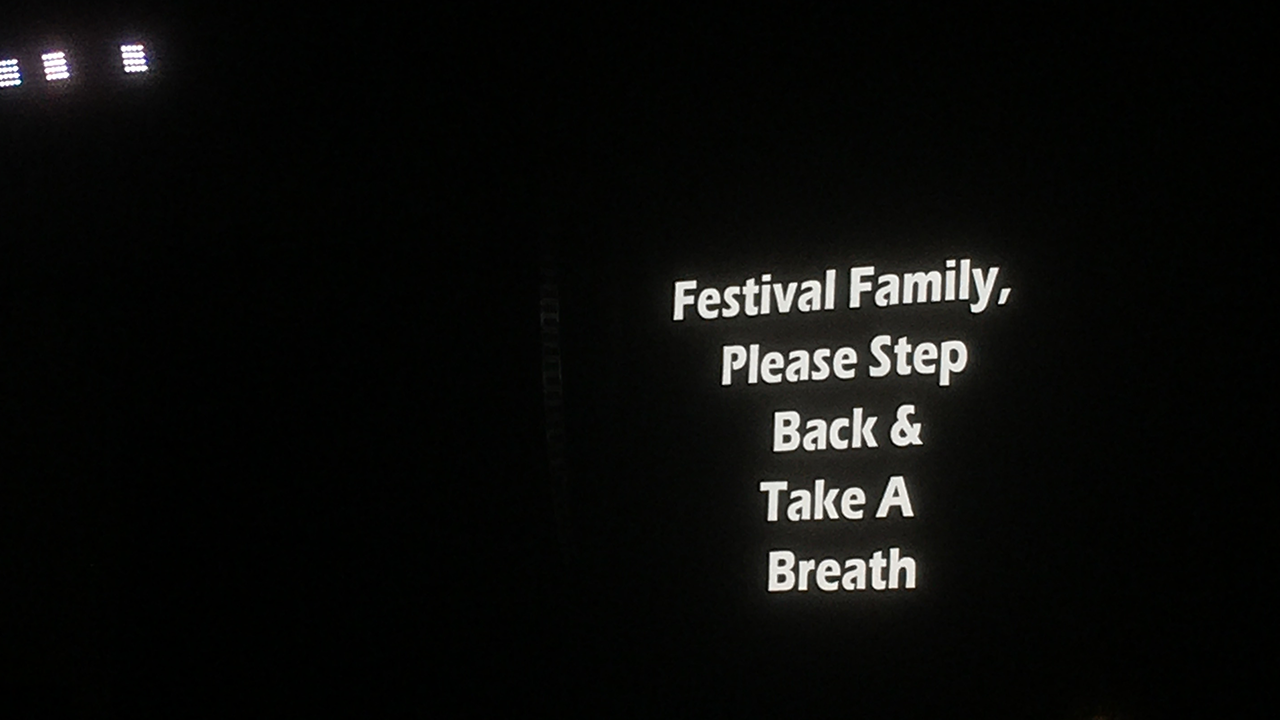 Drake, the third and final artist in the mystery set which ended the show at Camp Flog Gnaw this past weekend, was “booed” off the stage.

If you do not know what Camp Flog Gnaw is, it is an eight-year-old music festival at Dodgers Stadium in L.A. started by Tyler, The Creator.

This year had amazing performances from artists like Tyler, FKA twigs, and Solange, which were also some of the best sets I had ever seen.

I feel there is a lot of misrepresentation with what happened at the festival regarding the “booing,” and I would like to clear that up, from a festival go-ers perspective. To make more sense of a lot of the backlash, context is needed to set the stage and what lead to the negative crowd reaction.

The festival lineup released early August but, instead of featuring a complete list, had a “???” billed as one of the headliners, leaving a ton of mystery around the festival. This uncertainty fueled tons of rumors of who it could be, some vastly more realistic than others. The most popular speculations were that it could be Frank Ocean, TDE (Kendrick Lamar’s rap collective), or even Drake, courtesy of Reddit. Personally, I wanted it to be Frank Ocean badly, but it seemed pretty unrealistic that he’d be showing up at a Camp Flog Gnaw festival to perform, it’s not really his vibe and I feel like he would’ve already done it if he was going to.

Literally right until the final set happened, no one in the public crowd knew who was playing. The crowd chanted “Frank” over and over again, hopeful that it was going to be him, waiting for any news of what was about to happen.

At the start of the set, Tyler came to the stage, looking all cheeky. He asked the crowd if they minded him bringing a few friends out, which of course, they did not. I had no idea what who was going to come out on stage, but I was excited nonetheless.

The show started off super strong with A$AP Rocky playing one of his best songs, “Lord Pretty Flacko Jodye 2.” He said was only going to play two or three songs and left the stage shortly after his next song, “Praise The Lord.” Awesome first set and a really strong start to the performance.

Then, Tyler got back on stage, again being cheeky as ever, and asked if he could bring out some more friends. Then, who would’ve thought, Lil Uzi Vert came out with “Money Longer.” He played two more songs and even went out into the crowd, which was a ton of fun and I loved seeing Uzi perform.

Following the set, Tyler got back on stage, asking if the crowd wanted some more people, which was met with a ton of cheers and “We want Frank” screams. Then, Drake, came out, opening with “Started From The Bottom,” which was crazy. I never thought Drake would actually come and I loved the song, so I was feeling it, and so was the crowd.

He even played songs like “Feel No Ways,” which was awesome to finally see live, a semi-hidden gem of his discography. Drake, just like the other artists, said he was going to perform two to three songs. But, by the end of the sixth or seventh song, Drake asked if the crowd wanted to keep going and was met with opposition from lots of people from the crowd, leaving the stage shortly after and putting a sour end to the festival. There was nothing wrong with Drake’s performance, and the songs he played were all good and classics of his, so it was sad to have such a weird ending to the weekend.

However, I do not think Drake was “booed” off of the stage, which is based off of three major reasons, as from the perspective of a festival-goer.

Fans held unrealistic expectations of Frank Ocean performing and were upset when he didn’t perform. However, this was not a cause of the bad outcome but 100% helped fuel the negative responses with the prior to reasons as the previous artists were met with great responses.

I don’t think anyone knew the festival would end, and if it was made more clear by Drake or Tyler, I doubt that this situation would have happened. The situation ended with a super sour feeling, and a lot of people in the crowd even threw water bottles and other objects at the take-down crew on stage, which is super disrespectful and unsafe. I thought Tyler would at least say a few words, but that was that, and everyone went home.

Overall, I think that the media has misrepresented the “booing” of Drake to make it seem like the crowd was overly rude just from the plain fact that it was Drake, using popular twitter videos without context to further the sentiment. Drake was initially met with a positive, energetic response, especially from my area in the crowd and only got bad due to the lack of understanding that Drake was the final artist with no one after. I still think the backlash was rude from the audience, especially so when people threw objects at the event staff, which gave a very bad image of the Flog Gnaw crowd. I think that Tyler and Drake should have been more up front about what was actually going to happen, instead of leading the crowd on to believe that there would be additional acts, which was the number one cause of Drake being pushed off the stage.

Nick Bishop is a Cal Poly Computer Science senior and a KCPR staff member. He wrote the article and captured the featured image.