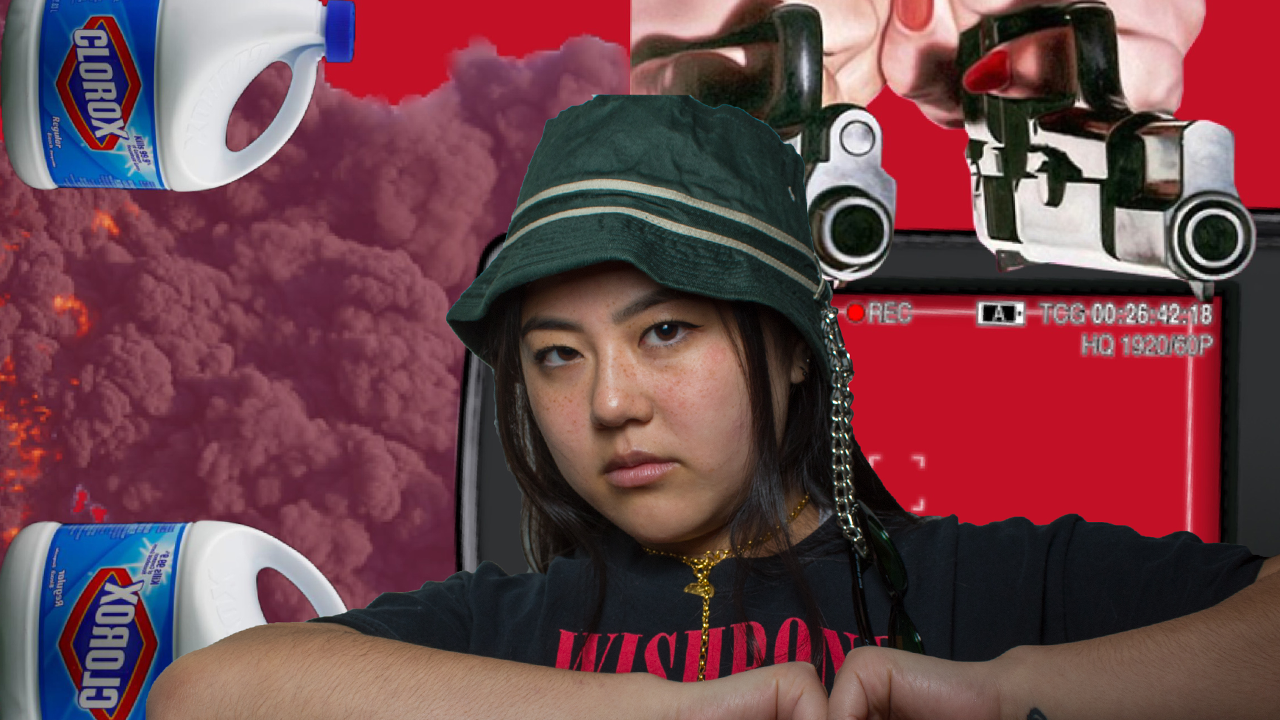 Twenty years later, the ’90s are suddenly cool again with the revival of high-waisted jeans and corduroy in present-day fashion trends.

No one loves Windows ‘96 aesthetics today more than fifteen-year-olds who have probably never even touched a real Windows desktop monitor.

Being a cool kid in today’s America requires shunning innovations of the 21st century because everything was much better before you were actually born.

The interesting thing about these particular fashion and aesthetic trends is how they go hand-in-hand with music styles that have popped up like mushrooms since the early 2000s. Cyberculture and an inexplicable yearning for the past helped birth a number of genres with their own set of sounds and identifying visuals.

While there’s a lot of blurred lines between internet microgenres, here’s a handful of the biggest names with their particular features. The next time someone asks what kind of music you listen to, you’re sure to impress by casually throwing out one of these microgenres.

If by the end of this article you still can’t tell chillwave from vaporwave, don’t fret — they’re all basically the same anyways.

Named by Lil Internet, a Brooklyn DJ, seapunk came into the world via Tumblr in 2011. Lil Internet apparently came up with the term from a dream.  The biggest controversy in the seapunk community arose when fans harshly criticized Rihanna and Azealia Banks  in 2012 for music videos utilizing the internet and aquatic elements. Apparently, 90’s cyberpunk visuals and dolphins belong exclusively to true seapunks.

Music: Whether or not the genre actually has a valid ‘punk’ element is debatable. It’s very much electronic and dance in nature with mostly consistent influences  from witch house and southern rap. Other stylistic influences include chiptune, drum and bass, and 90s pop.

Names: For purists and true fans: the original, 100% seapunk artists are Zombelle and Ultrademon. Even though seapunk peaked seven years ago in 2012, Zombelle’s Twitter description proudly declares her as “Co-creator of #SEAPUNK.”

For those of us who can’t afford to keep our hair dyed turquoise — excuse me, aquamarine — for life, binging Azealia Banks’s Fantasea album will do.

If Wikipedia is to be trusted, chillwave’s ‘cultural origins’ are generally pinpointed somewhere between 2008 through 2011. Nostalgia plays a large role in this microgenre, as artists often evoke images of summer and sounds from 80s or 90s electropop. Some say chillwave never existed because the genre is too nebulous to be original — the boundaries of chillwave are just as hazy as the stoned, summer memories its music calls forth.

Music: Chillwave fits under the larger umbrella that is synthwave. Stylistically, chillwave is difficult to distinguish as a singular genre — bedroom pop, electropop, ambient, shoegaze, etc. all have been used to label chillwave music. Leave it to stoners to make a whole music meta-genre.

Names: Washed Out, Neon Indian, and Toro y Moi are often considered three big names from the “Summer of Chillwave” in 2009; the latter has been particularly branded as creator/godfather of chillwave.

Other artists include Tycho, Com Truise, and Ariel Pink.

The intricacies and recent developments of cloud rap would require a whole separate article, especially when discussing today’s Soundcloud/emo rap. While rampant on Soundcloud, general cloud rap is not exclusive to the platform. The ‘cloud’ in the name may actually come from the dreamy and laid-back rapping characterizing this microgenre of hip hop that came to be in the early 2010s.

Music: Cloud rappers sound either ethereal, chant-like, or just sluggish. While part of the haze in chillwave comes from the stereotype of stoned, college student-listeners reminiscing about summer, cloud rap’s drug-haze themes are often darker, explicit, and generally apathetic. Songs can sound dreamy and heavy at the same time with “trancelike synth patterns” alongside a generous serving of 808s.

Names: BONES and Yung Lean are figureheads of their own music collectives — TeamSESH and Sad Boys, respectively. Of course, you can’t bring up Sad Boys without a shout out to their brother group, Drain Gang (originally Gravity Boys Shield Gang at their inception in 2013).

Vaporwave evolved from chillwave, sometime in the early 2010s. Out of these four genres, it is arguably the most ridiculed because of its high meme value and relative relevancy/longevity. So, where better to find ways to describe the mind-boggling mess that is vaporwave than the internet?

“Vaporwave is the last hour of a warehouse rave in Animal Crossing.”

“Vaporwave is the muzak that plays in an elevator in a mall in a futuristic Japanese cyberpunk dystopia.”

And my personal favorite:

“When you’re crossfaded at 6 a.m., fall off the couch and butt-dial god, vaporwave is the hold music.”

Music: There are lots of samples from a variety of genres (smooth jazz, R&B, lounge music, pop, etc.) that are chopped and screwed. It’s definitely a genre that illustrates the 21st century’s love affair with the ’80s and ’90s nostalgia in a most complex way. Pick any random vaporwave song, and I can guarantee you that your experience will be soothing, lethargic, upbeat, and just plain weird.

Names: Blank Banshee, 2814, George Clanton as ESPRIT 空想. The Floral Shoppe album by Macintosh Plus (aka Vektroid) is often chosen as the epitome and start of vaporwave — the pink album cover is also iconic, with the marble head a parodied but nonetheless highly revered motif in vaporwave visual art.