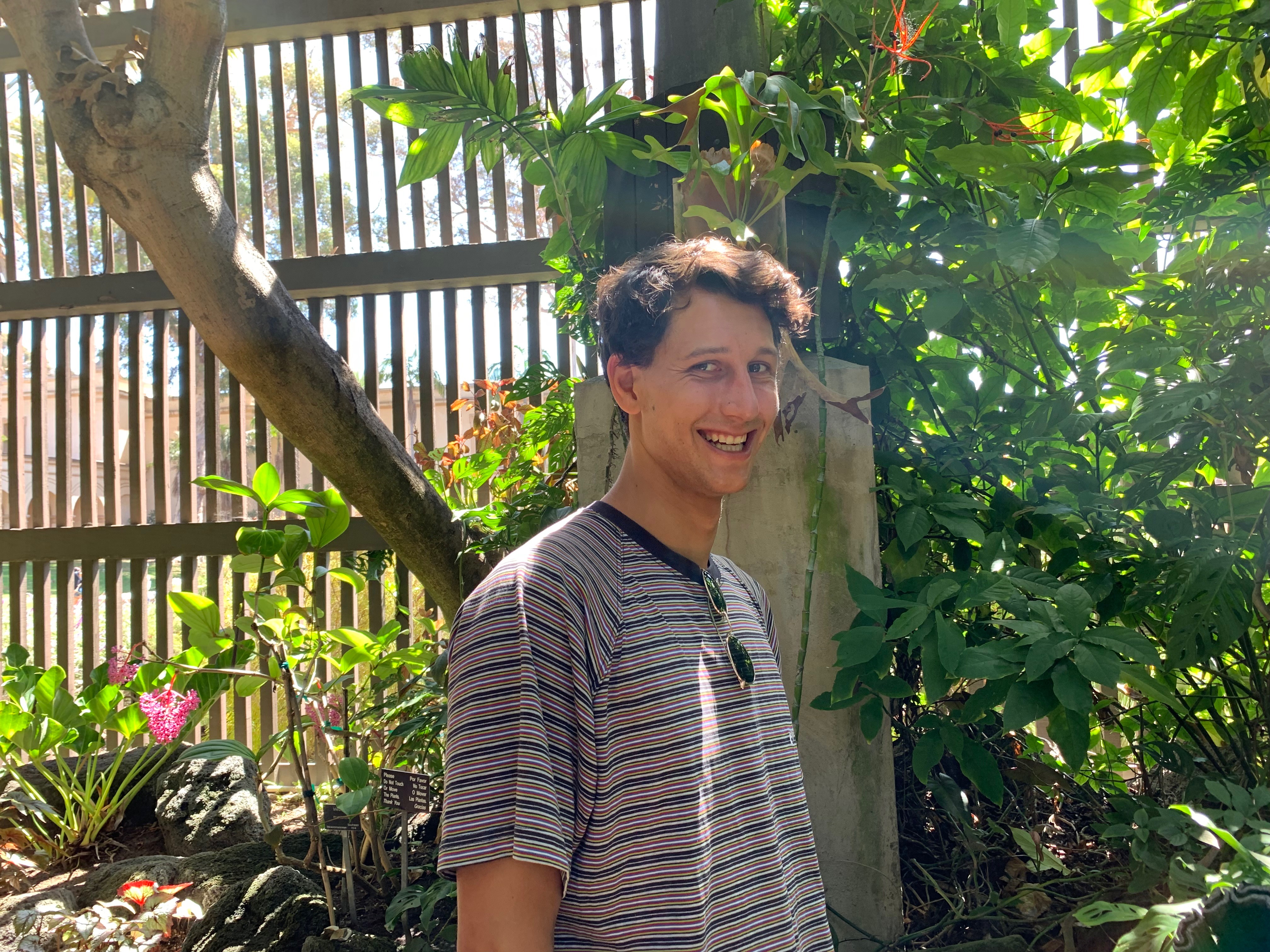 A lifelong lover of all genres of music and creating radio shows and playlists, Max began mixing roughly a year and a half ago eager to explore a new facet of music curation.

Inspired largely by the genre-defying and psychedelia-tinged sound of his favorite producer DJ Koze, whose 2013 album Amygdala was his entry point into the world of dance music, Max’s style consists of a wide blend of Afro House, Minimal, Deep Tech, Techno, Tech House and Disco House. In addition to DJ Koze, some of his favorite artists in the world of dance and electronic music include Four Tet, Rampa, &ME, Robag Wruhme, and Nicolas Jaar. You can catch DJ Smush Parker on air every Wednesday 6-8 p.m. mixing back to back with Jovella, or playing his debut show downtown at Novo on November 1.

If you could take a USB from any DJ, who would it be?

Probably Ben UFO…I had the chance to see him play in Berlin over summer and was blown away by how seamlessly he mixed a really wide variety of genres. He’s such an insane selector and I think the sheer amount of music on that USB and his knowledge of so many sounds would make it a gold mine.

Who would you have DJ your wedding and why?

Definitely Folamour, I was tempted to go with DJ Koze, but Folmour’s sets are just so damn groovy and joyous that I think that’s exactly the kind of atmosphere that I would want at my wedding. His Boiler Room set from FLY Open Air this summer pretty much is my favorite Boiler Room to date and I know my friends and family would also love that he’s got the chops to turn an ABBA track into a Boiler Room highlight. Weddings thrive off throwbacks.

Tell us a little bit about your mix.

My mix is definitely representative of my favorite styles and sounds to listen to in the world of dance music. It’s not necessarily what I’m planning on spinning at the Novo set since it’s a little more minimal and low-key, but all my favorite DJs specialize in being able to create a danceable and emotional experience with their mixes and that’s what I’ve always tried to aspire to. It includes long-time favorites of mine from Axel Boman, &ME, and Fort Romeau and I just hope listeners find something new that they can vibe to.

Seth Ewing is a Cal Poly student, a KCPR staff member, and a Club 91 DJ. He wrote the article.