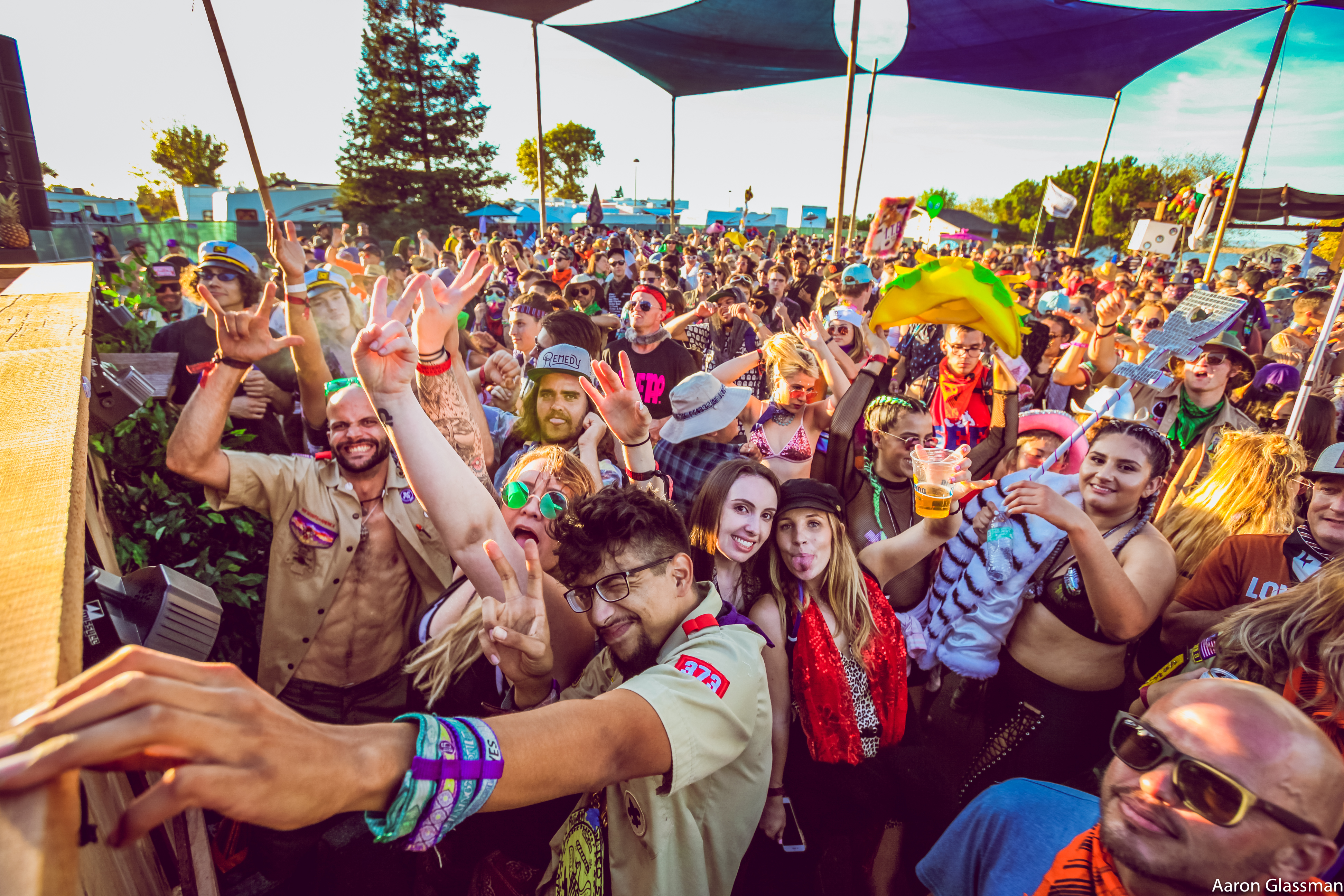 Barclay Crenshaw, known to most as Claude VonStroke, is seemingly everywhere at once at the adult summer-camp-meets-rave hybrid that is the beloved Dirtybird Campout West Coast.

Whether he was bouncing excitedly behind some of the most popular DJs in house music, leading his own 80s-themed game show, or putting off to his next event in the back of a golf cart, the Dirtybird founder and boss was omnipresent at this years iteration of the event, usually grinning ear-to-ear in a Davy Crockett coonskin cap.

The campout, which was held last weekend, takes place a little over three hours east of the label’s home base of San Francisco at the Modesto Reservoir and this year’s sold-out festival proved the event is still rapidly increasing in popularity.

However, the novel idea of hosting summer camp games at a music festival was one that was initially met with some skepticism about how successful it would be. In Saturday afternoon’s Q&A session with the press, Claude described how his childhood experiences at a summer camp in the Adirondack Mountains combined with booking a lineup of all the artists he personally wants to see (hence why he seems to show up at every set) was essentially the secret formula for the campout, but everyone who was planning the debut version of the event had no idea if people would end up playing the camp games. Safe to say, the games have become just as much of a staple for the festival as the music, with Dirtybird DJs leading campers eager to participate in everything from archery, to a .5K floatie race, to some sort of competitive wine bag toss on the water’s edge.

Festival attendees clearly tapped into the youthful energy of a kid going off to summer camp, and managed to make the festival a nonstop party that kicked off Thursday and really never ended until the sun came up on the reservoir Monday morning. An impromptu candlelight vigil made of all the cans and bottles confiscated at the festival gate on Saturday night was definitely the art installation that best represented the humorous and carefree party atmosphere that permeated every aspect of the festival. Throughout the weekend, fans had the option to play a wide variety of games and competitions, rent kayaks and paddleboards, dance with hoards of bassline loving fans to their favorite DJs at the Birdhouse and Bass Lodge, groove among a sea of headphones at the silent disco, and, if they had energy left in the tank, head out to one of the various renegade stages in the campgrounds and dance until dawn.

Some standout sets from the weekend included a euphoric Friday night set from UK house legend Paul Woolford, Claude’s deep and funky closing set during the early hours of Sunday morning, a searing Saturday afternoon set courtesy of Dirtybird and Desert Hearts affiliate Sacha Robotti, and the festival’s celebratory Dirtybird family set at the end of Sunday night. Changing the location of the Bass Lodge to considerably closer to the Birdhouse seemed to work slightly to the detriment of the performances on that stage, however. The stage suffered from being surrounded by a perpetual dust cloud, and its proximity to the Birdhouse led to the speakers being considerably quieter to avoid the sound overlapping. The festival booked some incredible artists for that stage like Eric B. & Rakim and Robag Wruhme, so here’s hoping they can work to find a future layout that best accommodates those artists and their fans.

Overall though, Dirtybird Campout West Coast 2019 was a joyous dance party that let every adult tap into their inner kid. It’s easy to see why Claude wanted to see all his and his team’s hard work play out in real time, and couldn’t contain his grin: the weekend was filled with nonstop grooves, games and good times.