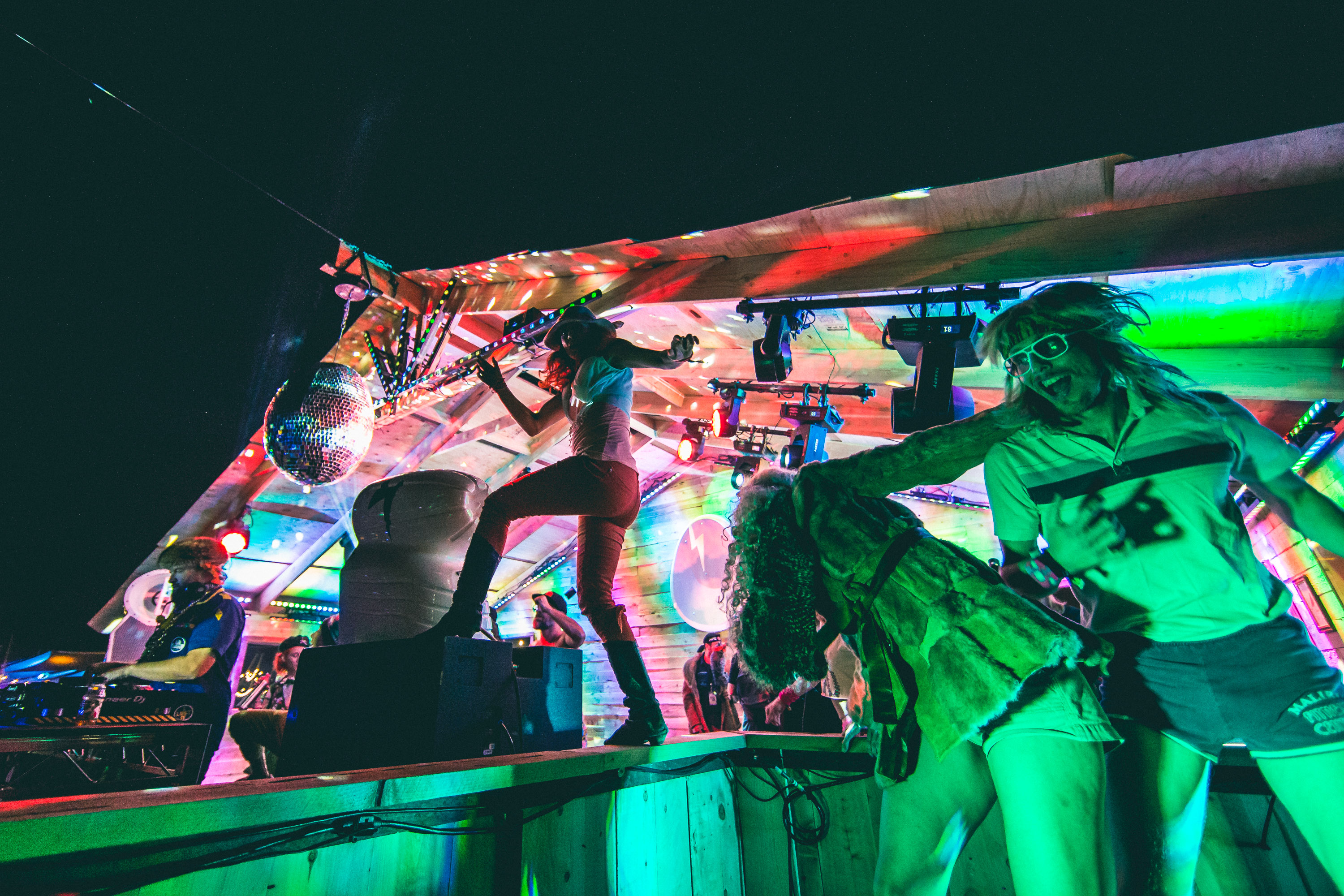 Founded in 2005, the San Francisco-based label has catapulted to the forefront of party-starting house, techno and bass music with a unassuming, yet fun loving, roster of mainstays like Justin Martin, Christian Martin, Walker & Royce, Justin Jay, Will Clarke and many more.

All these usual suspects will be doing what they do best next weekend at this year’s upcoming Dirtybird Campout West Coast 2019 in Modesto, CA. However, in addition to the stellar selection of Dirtybird artists lighting up the dance floor at this years festival, they have managed to curate a diverse lineup of globally-acclaimed artists who are definitely worth your time. From iconic hip-hop duo Eric B. & Rakim to the experimental UK electronic musician Matthew Herbert, here’s four can’t-miss artists who fall outside the usual Dirtybird suspects:

Prolific German producer and DJ Gabor Schablizki will be bringing his ethereal brand of minimal house and techno to the Bass Lodge at this year’s campout. His set is likely to provide a more subtle and emotive experience that is a departure from the general nonstop party atmosphere that Dirtybird Campout is known for. Wruhme released his most recent album, Venq Tolep, earlier this year on Pampa records, and much like label boss DJ Koze, Wruhme’s sound is driven by a singular atmosphere that combines melancholy, humor, and euphoria. Last year’s inclusion of the legendary Roman Flügel on the lineup delighted minimal fans at the festival and created new converts, and it’s safe to expect Wruhme’s set to do the same. There’s a reason Wruhme has been a fixture of the German techno scene for over 20 years now, so kudos to the curators of the festival for giving American fans a chance to find out firsthand why.

TLDR: A can’t-miss experience for fans of emotive and adventurous minimal house and techno.

World-renowned English DJ Paul Woolford will not only be bringing his signature brand of dance music to the Birdhouse at this year’s festival, but he is also performing as his alias Special Request at the Bass Lodge too. Inspired by the sounds he heard during his youth on UK pirate radio, his work under the Special Request moniker blends together jungle, breakbeat, and drum’n’bass into a vintage underground rave experience. In what is surely to be a cranking, high-BPM set, Woolford gives Dirtybird fans a chance to hear the sounds and styles that influenced and inspired their favorite DJs. The chance to have an old-school UK warehouse rave right in the middle of Modesto makes this set an absolute can’t-miss.

Much like the 2018 Campout’s inclusion of Slick Rick on the festival lineup, the Dirtybird curators have gone ahead and included another benchmark for golden age hip hop on this year’s lineup with the massively influential Eric B. & Rakim. DJ Eric B. and MC Rakim’s 1987 debut Paid in Full is regarded as one of the most influential albums in hip-hop history for good reason. Eric B. helped pioneer the heavy use of sampling to create gritty canvases for Rakim to create a more casual, jazz-influenced style of rapping with crafty wordplay and denser, more intricate rhyme schemes. Their work forever changed hip-hop and set the table to the work of Wu-Tang, Jay-Z, Nas and so many more to follow. Golden age hip-hop definitely isn’t what one typically associates with Dirtybird, but massive props to Claude and the Dirtybird team for giving campers the opportunity to see these legends do their thing.

Sample Tracks: “Don’t Sweat the Technique” “I Ain’t No Joke” “Follow the Leader

The ever-shifting and experimental work of British electronic musician Matthew Herbert never ceases to captivate, whether he’s creating dance tracks out of household items, scoring film soundtracks, or producing remixes for Björk and The Avalanches. His Dirtybird set should be no exception. While no one likely knows what Herbert will have up his sleeve for this performance except the man himself, it will surely be a spectacle. His most recent album, The State Between Us, was released earlier this year and was a sorry of jazz-electronic concept album about the Brexit. Whether Herbert brings his more politically-pointed work or his more straightforward, dance-oriented sound to the festival remains to be seen, but it will definitely provide a provocative counterpoint to much of the carefree party atmosphere around it.

TLDR: An experimental wildcard who will surely captivate and confuse.