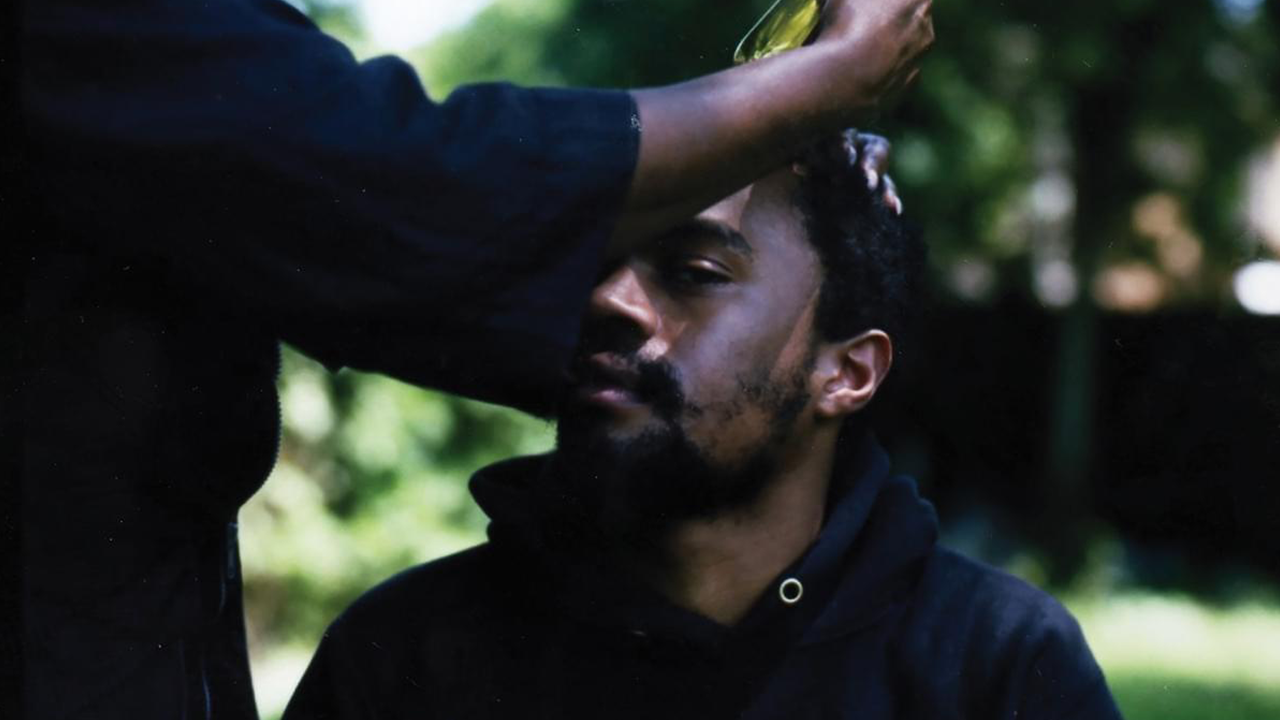 Dirtybird Diversity: A Look Outside the Usual Suspects

After over a year of being M.I.A., Ameer Vann, rapper, is back online with his EP Emmanuel following his removal from the hip-hop boyband BROCKHAMPTON that he co-founded.

Ameer responded to the claims saying that he apologized for his actions being disrespectful and manipulative, but denying that he ever did anything illegal. On May 27th of last year, BROCKHAMPTON kicked Ameer out.

After the band broke up, there was a large divide in the fan base about the decision to remove Ameer since many felt he was a very crucial element to the groups appeal.

On December, 2018, Dom McLennon, a BROCKHAMPTON rapper, responded to a fan on Twitter who said that the group betrayed Ameer by kicking him out. In that tweet, Dom dismissed the Ameer-supporter, and claimed that Ameer had even set up a robbery against one of Dom’s friends and was only told by Ameer after he had been kicked from the group. These sentiments are echoed harshly and loudly on Dom’s verse in “DEARLY DEPARTED” off of their album GINGER with no regret.

How many sides to a story can there be when you saw it with your own eyes? I got all my thoughts out on records y’all won’t ever hear…

I kicked down the door inside a home I didn’t own just to save a friend’s life Little did I know, the one who pulled the strings was once on my side

If I knew what you would do to someone you owe money to, you wouldn’t get a dime…

You could talk to God

After Ameer was kicked out, the new information about the robbery and the shots that BROCKHAMPTON was sending at him, I really was not sure if he would ever pop up again. However, this September, Ameer reactivated his Instagram and posted a picture of his upcoming EP on a giant billboard, which was a big surprise and even caused Reddit to go into a frenzy. The EP released on September 18th, two days after his return to social media, and featured six songs and totaling 16 minutes.

I really did not know what to expect going into this album. For me, there needed to be some sort of real apology or reconciliation with the past. I would like to believe that people can change and that no one should be doomed to a life of outcast if they can. I think that if Ameer wants to grow to the heights he really wants to achieve and potentially outshine the group that removed him, this has to happen.

And, personally, I found that this EP did not really bring that. Perhaps an apology like this does not fit in a song, but I believe it should have been addressed by now so he can try to move on with his career and do his own thing.

The EP did not especially help mend the strains between Ameer and BROCKHAMPTON, as members like Kevin Abstract, a long time close friend of Ameer, have already unfollowed him on platforms like Instagram since its release. The EP features numerous disses and references towards the group, showing that not only does he not want to rejoin, he does not want to remain friends with any of them, as he feels they threw him under the bus for money.

However, despite the album not being exactly what I wanted to hear, there are promises with Ameer’s music where I could see him releasing successful music in the future. He still has a really similar appeal to what made him successful on BROCKHAMPTON, good flows, hard-hitting lyrics, and catchy hooks.

The content in the first track, “Emmanuel,” was more or less to be expected of Vann: a reflection on what has happened in the past years and his current state. The track features very minimal beats, with mainly just bass distortions, and dark undertones.

Make the world a better place, I’ll put a bullet in my head

I’m still runnin’ outta friends, steady runnin’ from the past…

It’s so hard to end it all, I wanna try to make it right

It’s so hard to live at all, all these obstacles in life

Make it hard for us all, made a fuck-up of my life

Ameer regrets the past, but offers more justifications for why he did the things that got him into trouble than sincere apologies. Moving from that, this song is a large showcasing of Ameer’s current state of mind and his plans for the future. Obviously, the removal from the group was a big blow to his life, costing him his close friends, fame, and general respect in the music/social industry. Although Ameer is experiencing a lot of discomfort and is not taking proper care of himself with all the drugs he discussing taking and relying on, he is still optimistic about his future.

Ameer wants to make things right, but has not done so publicly. It is a little interesting that he mentions this, especially in such a hard-hitting, minimal intro track resembling his restart. The second verse of his illustrates his drive that BROCKHAMPTON will not be his end and that he has a godly mission to continue to do what he wants to do.

As an intro, it definitely set the stage for the following songs, and the attitude he was going to bring to them.

In the next track, “Pop Trunk,” Ameer reflects how he has changed, mainly mentally, since his removal from BROCKHAMPTON, but is much less minimal than the prior track. The beat is pretty generic and gets boring as the song continues. This song has a whole is not a highlight on the EP but features savage, opinionated bars, mainly towards his non-supporters and the BH rap collective, with bars like “I ain’t no boy in a band, I am more than a man.” Which is kind of funny, because a real man wouldn’t abuse others and set people up to get robbed but ya know for music. However, the outro is pretty awesome and features this distant, repeating bars which is super entrancing.

“Glock 19,” the following song on the EP, is an absolute banger and highlights that Ameer can still make successful music and evolve the style he developed within BROCKHAMPTON. The song hits — hard — and features dark, catchy flows. The production on the song is pretty good and creates a psychedelic flow throughout the song, but does get a bit repetitive.

Hearing songs like this make me wonder how albums from BH could have been with Ameer’s influence. This remix of BH’s song “BIG BOY” off of their latest album, “GINGER,” uses Ameer’s verse from “Glock 19″ and its great and makes me sad we will likely never see a collab between them again.

However, the actual content in the song does make me concerned for Ameer’s mental health, as it seems he is abusing drugs to fill the void that was once filled by BH, which never ends well. But, if Ameer continues this style of rap, with the super catchy flows, great hooks, and complimenting beats, I am sure he could really make an album full of bangers.

The following song, “Los Angeles,” features the most direct insights into how Ameer feels towards BROCHAMPTON, throwing lots of shade towards them over their decision to remove him from the group.

Ameer feels that the group betrayed him and had their values corrupted by fame and life in Los Angeles, putting money before brotherhood.

I remember back when it was simple

I ain’t have to fight with all my niggas

Man, it’s crazy how they deal with you

Use my name as a meal ticket

I do not share the sentiments of Ameer that the group necessarily betrayed him nor do I think they are really using his name as a “meal ticket,” which likely refers to his references on Kevin Abstract’s “Corpus Christi” and BH’s “Dearly Departed.” The group could definitely survive without him, as they are doing, but it makes sense that they mention him in some of their songs due to the pain he caused them. I wonder if they will make future mentions in response to his lyrics but it’s likely they will ignore it all together.

The song has decent but mainly lacks due to production. The beats and rhythms are very generic and could probably be ripped from YouTube. This trend continues remains true for the next track, “Sunday Night,” which features a form of an entrancing production but grows tiresome very quickly. If Ameer wants to shine on his songs and create great albums, the production must also be on a high level of execution.

He continues to throw shade at the group in “Sunday Night.”

Niggas supposed to stick up for their family, but we see they don’t

Ameer has this feeling that he was wronged by BROCKHAMPTON by being removed. I think this is kind of hilarious, especially after the allegations that Ameer set up Dom’s friend to get robbed. I really hope Dom writes like three albums back just rebutting this whole thing — it would be fire.

The EP finishes off with the track titled “Plastic,” which has clever bars and a simple yet catchy beat, leaving the EP with a conclusive finish alluding that he is just getting started with his solo rap career.

Overall, the EP is decent and features hard hitting, dark, and catchy verses but lacks in production depth. His solo concerts are selling out and I don’t see him leaving the rap-scene anytime soon. I am interested in seeing how his future songs play out, because he needs to branch himself from BROCKHAMPTON, instead of relying on them for content, but I understand its place here, although I do not agree with much of the content. If Ameer ups his production game and continues with songs similar to “Glock 19,” I would be really excited to hear what he could make, but only time will tell the fate of Ameer Vann.