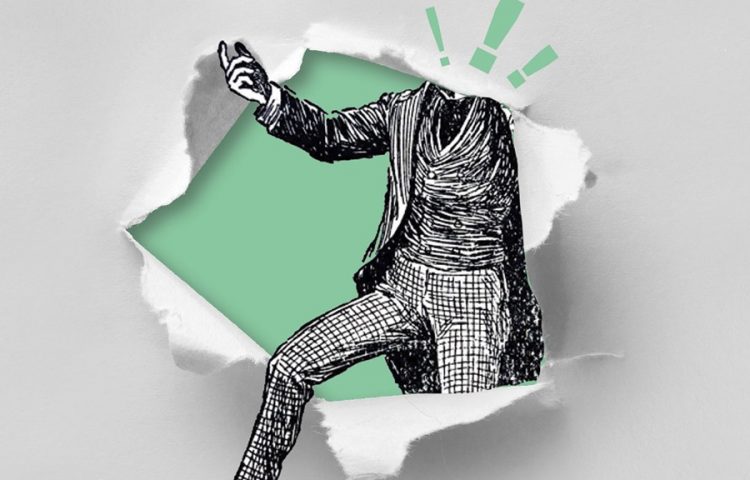 When the Spice Girls announced their six-date 2019 summer tour in the United Kingdom last fall, my sister and I actually squealed.

The very idea of our favorite girl band rocking out on stage once again instantly transported us into a childish state of giddiness.

Just like that, we were brought right back to the days of dancing and jumping on our beds with “Wannabe” blasting through our CD player.

What is it about band reunions, career revivals, album releases after decade long hiatuses that transform us into these ecstatic (borderline-obnoxious) cheerleaders? Is their return the Cinderella story we all dreamed of? The underdog we all rooted for in high school? Is it really true that you never know what you have until it’s gone?

Comebacks are all about a big and bold return, and they usually arm themselves with something important to say. They are the same bands we all love, back to bring us more tunes, but something about them has changed. They’ve adapted to a natural change that has occurred over the years, and sometimes they’re ready to even do some damage control from the past.

I’ll call it now – 2019 is the year of the comeback. Just take a look at the revivals that have been announced in the past few months.

In recent news, FKA Twigs has made a legendary and inspiring comeback after over three years away. About a year ago, she revealed to her followers on Instagram that she had to have six tumors removed. It’s been a year since her operation, and now she is back with her latest release, a delicate and vulnerable ballad called “Cellophane.” It is different than the FKA Twigs we all know and love, but this single is refreshing, and her new pole dancing skills she showcases in the song’s video are a force to be reckoned with.

The Jonas Brothers just put out a new single, “Sucker,” six years after the boy band confirmed they were going their separate ways. Following news of the release, social media blew up. Fangirls suffered instant relapses, bumping the tune in their cars,  and houses, reminiscing about their pre-teen years of crushing on the trio. The song quickly made it to number one on the Billboard Top 100 and US Hot Digital Songs charts. Evidently, the comeback proved to be successful, as it earned the group their first ever number-one song.

Earlier this year, Woodstock 50 was scheduled for this summer in Watkins Glen, New York in honor of it being 50 years since the first Woodstock music festival. Despite poor planning and scheduling for the festival, music fans from all generations were on the edge of their seats, eager to for the festival to fulfill its promise of bringing back the wonder of Woodstock from 50 years ago. Though it ended up as a flop, the overwhelming majority of fans were hoping a festival that could capture the glory of the original Woodstock would not be too good to be true.

On March 28, 2019, Miley Cyrus wreaked havoc on Twitter by posting a photo of herself back in her Hannah Montana hairdo, causing an uproar and tweet-storm among fans as to whether the singer was bringing back the Disney character that kick-started her fame. The jury’s still out on that one.  What we know for sure is that as of May 31, 2019, Cyrus released an EP, SHE IS COMING.

Nearly a decade after the beloved HBO special, Flight of the Conchords was cancelled, the musical comedy duo released an album, Live in London – a compilation of recordings from their live shows in the UK.

“We’ve been trying to preserve ourselves like those sexy man-boys that you saw 10 years ago on the TV,” one half of the comedic duo, Jermaine Clement, said early on in their set.

They then released an hour-long HBO special called Flight of the Conchords: Live at the London Apollo in March 2019.  Fans everywhere rejoiced over the return of their favorite quirky New Zealand pair.

From Backstreet’s Back, to Outkast’s 2014 Coachella reunion, to Justin Timberlake bringing sexy back, it’s clear that music-lovers live to witness comebacks. It is in our instincts to root for one. Comebacks feel like we’re watching a success story all over again. We share in the artists’ sense of triumph. But this go-around, we feel like we know them, and we take pride in having been there since the very beginning.

Nostalgia is practically in our nature. When someone or something we love comes back, we cannot help but swoon – maybe because it reminds us of  the good old days. Our favorite childhood girl band coming back together again decades later for a summer tour is what dreams are made of: hope. That is what a comeback instills in us. They remind us to never lose faith, never give up, and never forget our favorite oldies (because who knows when they’ll come crawling back).

Phoebe Townsend is a Cal Poly Communications Studies sophomore and a KCPR staff member. She wrote the article. Ally Millard is an Art & Design senior. She made the graphic.

The New “Batman and Robin” of Hip-Hop