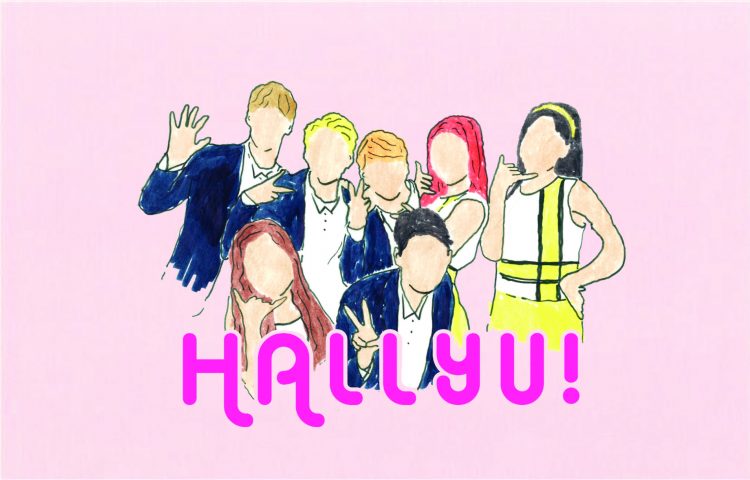 Real Estate and the Art of Restraint

Over the past decade, Korean popular music, or “K-pop” has skyrocketed on music charts and is enjoyed globally.

Carefully curated and produced by management typhoons, K-pop is now an almost five billion dollar industry. With the rapidly growing popularity, many have been quick to jump on the negative aspects that the K-pop industry entails such as long hours, low pay, and impossible expectations of the pop-stars. While the evidence is abundant in supporting some of these arguments, its important to take a step back and examine K-pop cross-culturally.

A few years ago, I had the wild experience of seeing EXO, a popular K-pop band, in concert in Seoul, South Korea. Picture two white people (my dad and I) surrounded by thousands of Korean fans. The energy in the room was electric — nothing like any concert I’d ever been to before. The term “concert” would be an understatement here; this was a perfectly executed three hour multimedia experience: a movie, three acts, music, dancing, fire, and audience participation. My dad and I stood in awe, fully enthralled, even though we had never listened to their music or spoke a lick of Korean.

After the show, Tony Testa, EXO’s choreographer and my family friend, took us backstage to meet the band. I expected a full spread, an “Almost Famous” style backstage with booze, fans, friends, and food. But, I was dead wrong. Backstage, the thirteen members lined up and greeted us politely. They told us how excited they were that we came, and asked us if we enjoyed the show. The small interaction said a lot about the industry. If you’ve ever had the experience of meeting a mega-famous American pop-star, I’m willing to bet they didn’t take the time to greet you, show you around, and get to know you. A lot can be said about the K-pop industry, but no one can deny the shear talent that these groups posses. After my peak into this world, I became more and more interested — even obsessed — with its background and how it became a worldwide phenomena.

K-pop first began in the early 90’s and gained rapid momentum internationally with Korean pop-star PSY’s release of “Gangnam Style” in 2012, which landed itself the title of most watched video of 2012, and now fourth on the list for most viewed YouTube video of all time. For many of us in the U.S., that was our first introduction to this world. I was in 8th grade when I first heard the song, and almost immediately it was transformed into a popular dance trend and a meme. Although we poked fun at the music video, it was undeniably catchy, fun, and intriguing.

Little did I know, this marked an important moment in the K-pop industry. This single release is even commemorated with a gigantic gold statue in Gangnam, to celebrate PSY’s contribution to South Korea’s Hallyu, as well as a beloved tourist attraction. Post-Gangnam Style, the South Korean entertainment industry pushed to capitalize on the growing market, and began to “produce” musical groups by the hundreds. Some of the most popular groups today include EXO, BTS, SHINee, Girls Generation, BLACKPINK, Wanna One, BTOB, and so many more. Like any rapid growing industry, the emphasis on production trumped the needs of the individuals.

Over years of expanding, the misconduct of the management has been brought to light through the coming forward of ex-pop stars as well as speculation from western media.

But, let’s back up — how and why does one enter the K-pop music industry in the first place if its thought of as a grueling, greedy mega-corporation?

The pop culture of Korea is idolized by adolescents, and millions of kids start to work towards their dream to become pop stars as young as five years old, and not just in Korea, around the world. Young artists attend boot camps and specialized schools that teach dancing, acting, singing as well as public conduct. From there, aspiring artists travel to international conventions and auditions in hopes to be noticed by management. If an aspiring artist is noticed, they then start an intense training process that can span up to ten years. This training ensures that the soon-to-be-pop-star is ready to represent the record label. Meanwhile, the label carefully picks other members in the training process and creates a group to fill a specific gap in the market. Once they are deemed ready to debut, the newest group is made public, and this is just the beginning of their careers. South Korean adolescents are well aware of this process, and commit wholeheartedly to achieving success, just as the record label does.

The journey of an artist to reach the stage of public debut is undoubtedly tough; long hours, over exercise, and separation from romantic and familial life. These aspects are where critics of K-pop jump in.  But, this level of commitment isn’t all that differs from American pop culture. Think of popular shows such as “Dance Moms” or “Toddlers in Tiaras”; both exemplify the American push to become successful in entertainment from a young age, through nothing less than slavish commitment to their craft. I had the privilege of talking with Testa, a choreographer who has worked closely with many K-pop groups including EXO and SHINee. When I asked Testa what he thought about the criticism the industry has received he commented had this to say.

“On one hand, there is misconduct,” Testa said, “but on another, they are willing, hungry creatives looking to prove themselves.”

Moreover, critic’s quickness to jump on an issue may not be a simple fix. As I conversed with Testa, he fondly remembered his time working with the bands, saying they were some of the most kind, talented, and “one-for-all, all-for-one” minded artists he’s worked with. Having choreographed groups for over six years, he feels that the work ethic and dedication is unlike anything he’s ever seen. The biggest difference he notices is that K-pop stars tend to do it all: they are exceptional dancers, vocalists, and performers. This contrasts starkly with your average American pop-star that often has a mediocre talent in one of these categories, supplemented with trained professionals dancing or singing around them. Without artist unions, such as SAG in the U.S., overworking and low pay is inevitable, but certainly not ethical. The misconduct shown in the Korean music industry should not be excused, however we shouldn’t be quick to jump on the bandwagon of bashing the K-pop industry. Living in a consumer-oriented society, we must look at how support and fandom can also lead to mistreatment of an artist. Fans have begun to push back, demanding higher pay and more creative freedom.

K-pop is foreign to many of us, and it’s easy to pick apart the aspects that don’t seem to fit the common pop-star narrative we’re used to. I understand that my judgement comes from an American lens, and is consequently skewed towards seeing different as “bad.” Through my exploration of K-pop I grappled with information that seemed clearly unethical and down right inexcusable. But, as I a took on a more contextual lens, I learned that some of these “wrong” aspects are not negative to South Korean fans or the stars. Respect is a major theme throughout the music industry, and long hours and overworking is seen as not only commendable but a sort of “paying your dues” system. It is up to the newest members to prove themselves, and to rise above the rest.

Consequently, is it fair to vilify the industry, when its operating at an international level? Shouldn’t we extend our criticism to the market as a whole? I feel the larger question in this case is the role capitalism plays in art.

Though in Western standards K-pop may seem overly demanding, Hallyu has put South Korea on the global market allowing for an international platform to grow economically and culturally; expanding knowledge and popularity of South Korean musicians worldwide.