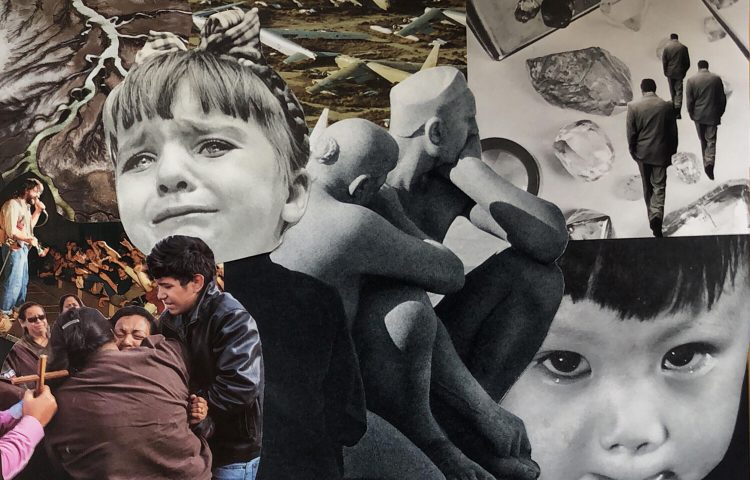 A Look Back: Lightning in a Bottle is the Place

Spring is in full swing and you’re ready to fill your ears with some happy, uppity sonic goodness.

Not so fast, buster — to leave sad music behind along with winter would be nothing short of upsetting.

Let’s take a step back and look at what makes us consider a song to be a real bummer in the first place. David Huron of Ohio State University determined six factors that qualify a song as objectively “sad”:

Huron goes on to explain that the emotion of sadness tends to accompany failures in achieving life goals, whether they be romantic, social, or otherwise. I would add that events of loss, such as the passing of a loved one or departure from a significant other, also catalyze these depressive feelings. But let’s get away from all this silly science talk and into the nitty-gritty.

Philosopher Stephen Davies points out that if sad music makes people feel sad, why would they bother to listen? This guy might be onto something, but I think it fails to see what different people hope to get out of their music. The powerful moments that constitute feelings of sadness necessitate powerful emotions, not power chords.

There’s a sense of comforting relatability in hearing someone else sing about their sorrows; it lets you know that you’re not alone in feeling alone.

Sad music often attracts its audience with its promise of strong catharsis. I think it’s unrealistic to think you are never going to be upset, and it’s nice that a plethora of wonderful ballads exist to help you through it.

Melancholy music is also believed to drive more accurate self-evaluations, leading to a realistic assessment of the situation one’s in. As difficult as it is to do so, the feelings associated with depression don’t get any better when neglected or buried. Sad music can bring these emotions to the forefront and lead to one making a more a realistic decision on what they should do moving forward.

That being said, there’s nothing wrong with wanting to just wanna lay around, do nothing, and embark on a three-hour Alex G listening marathon. Quite frankly, the reason this article didn’t come out four months earlier was because I was doing something along those lines. It’s not that I was being faced with any overwhelming decisions — I simply didn’t want to do anything and enjoy listening to sad music. Maybe this was due to one of the reasons I mentioned earlier, or maybe it’s a phenomenon that doesn’t have a crystal clear explanation.

I like to think of my tendency to gravitate towards bummer music as the difference between solitude and loneliness. Loneliness, implying one is alone but possesses a desire to be with someone, is exemplified by being upset over the ending of a relationship. Solitude is simply being alone, or focusing on improving your relationship with yourself.

Whatever you reasoning might be, listening to sad music is like choosing to stay in on a Friday night; sure you might not want to do it every weekend, but it can be quite nice to have some time to yourself.