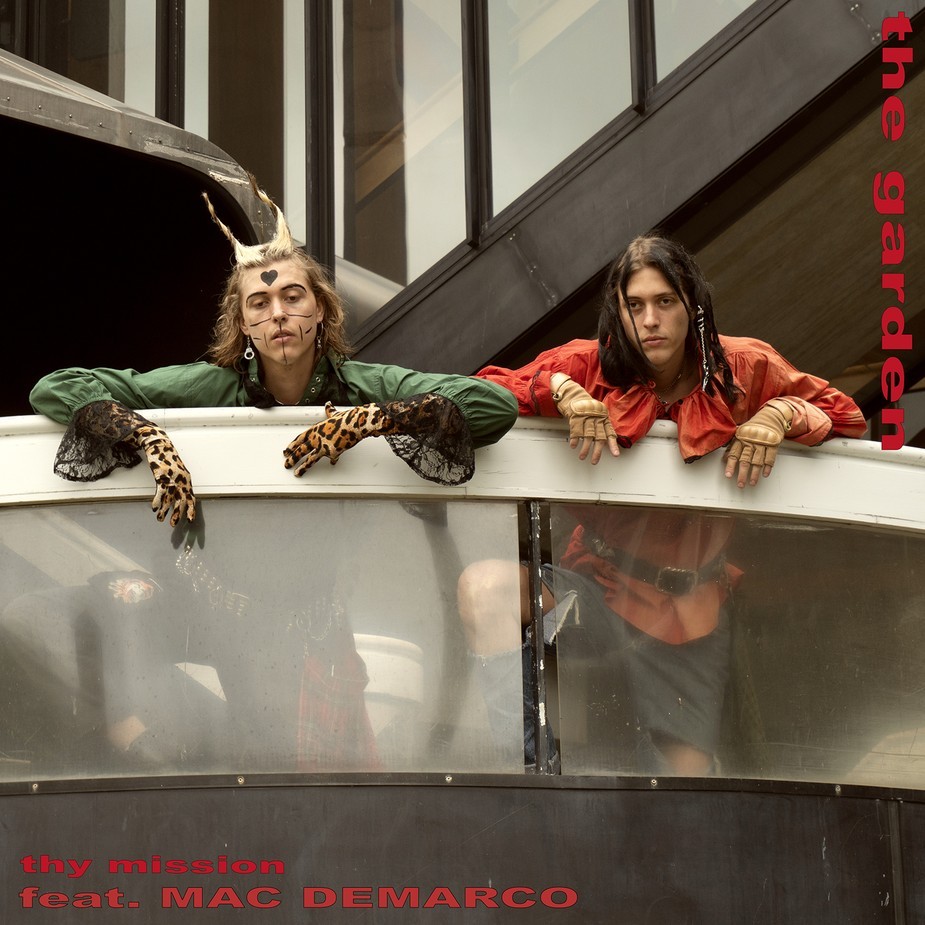 At this point, it’s pretty hard to guess what shenanigans Orange County’s darling duo The Garden is going to get into next.

With “Thy Mission,” the prolific Shears brothers — whose work across multiple projects (The Garden, Enjoy, and Puzzle) totals over 50 releases — might be honing in on a sound that they can run with.

Their newest single feels like a one-pot recipe of their recent releases, taking bits and pieces from past projects and combining them into one song. “Thy Mission” finds itself in a sort of middle ground between last year’s release, Mirror Might Steal Your Charm, and their 2015 album, haha.

The lyrics remain as fast-paced and cryptic as ever; if you can tell me what “scum shit, dumb shit, drumstick vanilla, expiration date, I can give you salmonella” means, you’re lying. Wyatt’s voice pairs with the instrumentation in a much less combative way than their more energetic releases, skipping along with the guitar in a similar way to ’80s art-punk bands such as DEVO or Oingo Boingo.

Swapping out the hard-hitting, distorted bass that The Garden has become well known for with a more reverb heavy guitar and drum machine, “Thy Mission” falls on the lighter side of their work. This continues their transition away from a heavily punk-influenced sound, a trend that has been reflected in Mirror Might Steal Your Charm as well as their individual work as Enjoy and Puzzle.

Although there’s a Mac Demarco feature, his presence isn’t really felt outside of a short chorus and some floating synthesizer usage. The collaboration likely came as a result of their proximity/mutual love of grimy Los Angeles venues, as The Garden opened for Mac daddy on his late 2017 U.S tour.

Staying true to their Observatory parking lot roots, the last 15 seconds of “Thy Mission” pick up and provide sweaty indie boys with the brief opportunity to run in circles and throw elbows at each other while Wyatt rabidly yells at them.

Despite the inclusion of referee whistles throughout the track, “Thy Mission” lets us know that Los Angeles’ staple opening band is playing fair with the big boys.

Jump into the chaotic collaboration and take a listen to the track down below:

Drew Morrison is a Cal Poly Environmental Management junior and a KCPR staff member. He wrote the article. Image credit to Epitaph Records.