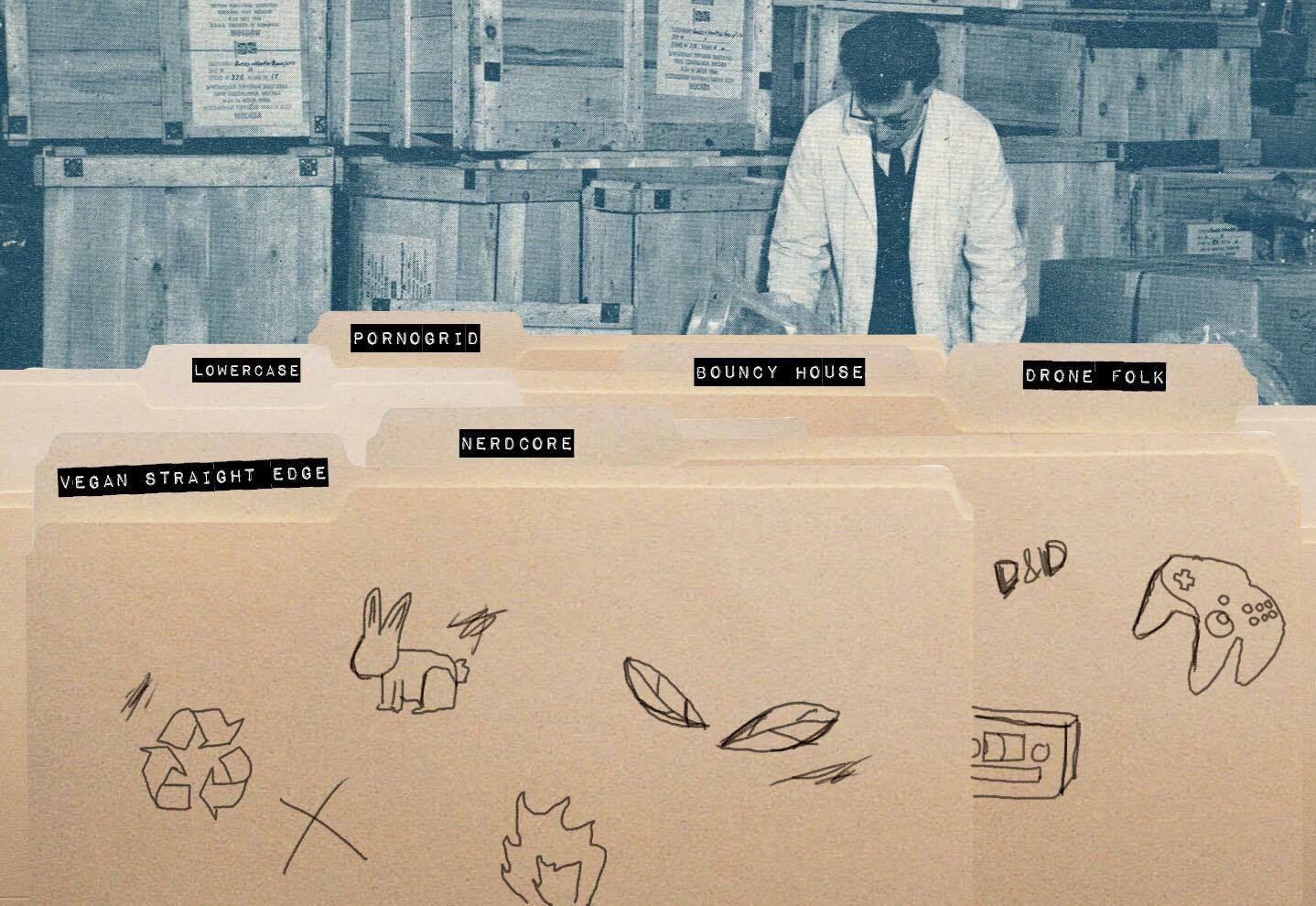 Making Peace with the ‘Unknown’ of Unknown Mortal Orchestra

Are you tired of the same boring music pilfering your Spotify playlists, sticking its nose in your Discover Weekly, submerging itself within your precious radio waves?

I recently searched through Spotify’s dark recesses and found — betwixt its cracks and crevices — the black sheep, desert roses, and niche soundscapes of the genre universe.

I then took some of the most obscure music genres with the most bizarre names, dusted them off, and gathered them here, in a carefully curated cache made just for you, dear reader.

The list is short but sweet, and full of lovely little gems.

(P.S. If you click on the names, you can listen to the tunes.)

A brand of hardcore punk whose subject matter lobbies against animal cruelty and drug use. An entire subculture formed around straight edge music in the 1980s. It has since gone through a tumultuous evolution, bouncing around between various philosophies that all worship some form of abstinence (whether it be of drugs, sex, caffeine, or meat).

Black and sludge metal (both subgenres of heavy metal) combined to form an even bigger, badder genre of metal.

Drone music, which features sustained notes and tones, that’s composed with traditional folk instruments (think banjos, bagpipes, and hurdy gurdies). If you listen closely, you might even hear the gentle voice of Bob Ross whispering sweet nothings in your ear.

A nightmarish version of dream pop. Shoves the abrasive, estranged sounds of black metal into a whimsical shoegaze soundscape. Think Alice in Wonderland, but darker.

If you think death metal is too boring, you’ll want to listen to this! It’s like death metal, just deadlier.

A type of ambient music pioneered by artist Steve Roden (who coined the name). Often is comprised of soft sounds, like the crumpling of paper, that are amplified to extreme degrees. In the words of Roden, “It bears a certain sense of quiet and humility; it doesn’t demand attention, it must be discovered… It’s the opposite of capital letters — loud things which draw attention to themselves.”

When the bees go extinct, how will you talk to your kids about sex? Have them listen to pornogrind, and you won’t have to! Sidenote: the folks who made this music were probably high on quaaludes.

A subgenre of crust punk, which is a subgenre of punk, which also borrows from black metal. It is commonly known for its fast tempos and shrieking vocal styles. If you’re looking for music to fall asleep to, this is definitely the genre to go for.

Hip hop music geared toward freaks and geeks. Lyrics commonly pertain to science fiction, video games, and anything else that gives nerds a hard-on. It’s often DIY produced and tends to include uncleared samples.

A colorful name for another slightly specific genre of metal which needed to be categorized.

A type of music originating in Sweden and Finland that merges synth leads and basslines with funk and soul-like rhythms. Predominantly instrumental, its name comes from the idea that one is “squeezing out” the grooviest sound possible. Also a big influencer of dubstep during 2008-2009.

A colorful name for another slightly specific genre of indie pop which also needed to be categorized.

Its name comes from a child mispronouncing the word “sweet”.  If you like Wes Anderson, fixed gear bicycles, the movie Juno, diet peach Snapple, Etsy,  Zooey Deschanel, and kittens, then Twee is for you. If not, then you’re probably a boring old grownup.

KCPR loves Twee. In fact, we’ve written a whole other article about it. Check it out here if you want to read more about how being uncool, wearing cardigans, and buying locally sourced vegetables became an aesthetic.

Death metal meets bluegrass. Can be characterized by the song, “Y’all Motherfuckers Need Jesus” by The Goddamn Gallows. Go listen to it. I dare you.

If you’d like to access more obscure genres, check out everynoise.com. There, you can peer through the long list Spotify has (heads up, there are 2079 and counting, so prepare yourself for a whole lot of scrolling).