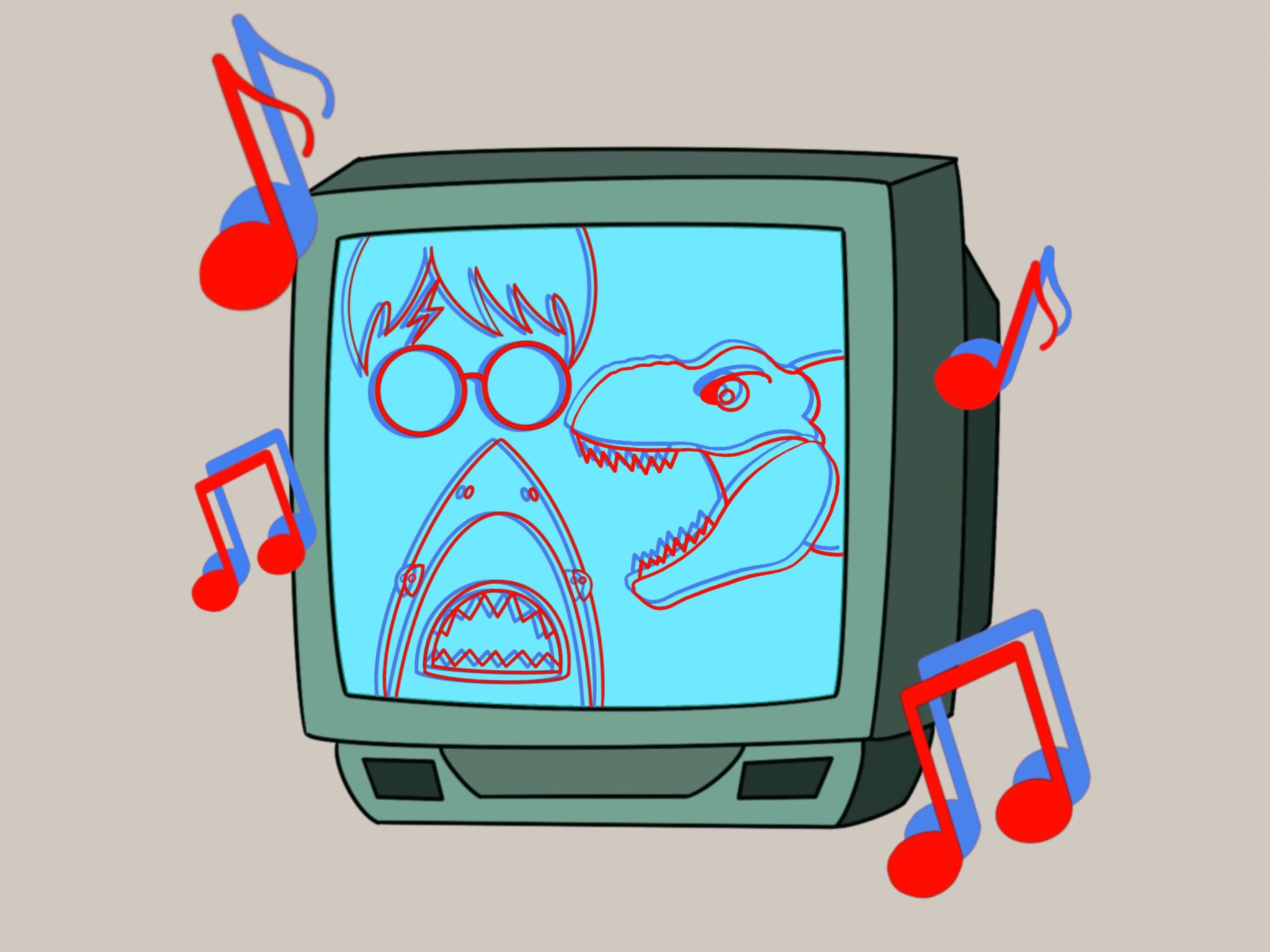 In 1975, Jaws was released to universal acclaim, becoming what is now considered the first “blockbuster.”

It was cited for its physical power and psychological fear — both of which can be credited to its powerful score.

What is now recognized by a two-note hum, the Jaws main theme composed by John Williams ushered in a whole new era of film scores that reached beyond the screen and made its own success: Star Wars, Back to the Future, Superman. “Gonna Fly Now” has cemented itself in sports history as the backing track for overcoming an obstacle. Or, say you’re walking on the boardwalk and “Chariots of Fire” starts playing. You immediately think of running on the beach. Titanic, E.T, Jurassic Park — the average person can see the scenes with the score running through their heads. But in the past 20 years, the defining traits of movie scores has changed.

Of the top ten highest grossing films of all time, nine of them have been released in the last ten years. Avatar, the most successful film of all time, has a score that is indistinguishable from any other action film around the time. The Marvel Cinematic Universe is now the highest grossing series of all time. It has surpassed Star Wars, James Bond, and Harry Potter. But, while all those series have theme songs that instantly bring you into their worlds, the MCU does not. The Fast and the Furious series is the sixth most grossed franchise of all time, while the Transformers franchise is 12th. Yet in the combined 14 days it would take you to watch all of these films, not a single recognizable theme song stands out — why is that? Where has the creativity gone in blockbusters?

Well, it hasn’t gone anywhere. Rather, the system itself has changed, and it is all because of one guy.

Up until about the late ’90s, composing was extremely difficult and costly. Orchestral members had to be fully paid for a couple months at a time, and timing and tempo had to be synced up perfectly with the film. Because of this live recording process, scoring was normally the very last step of producing a movie, meaning that if the studio wanted a certain release date, composers would be racing against the clock. If the director didn’t like what they were hearing, they would either have to bring in someone new and scrap months of recording, or accept what they were given. With the advancement of technology, all of this has changed.

Coming onto the film scene about 30 years ago, Zimmer is one of the most beloved and acclaimed film composers of all time. Being nominated for Grammys and Oscars numerous times and working with revered directors such as Christopher Nolan and Ridley Scott, Zimmer single-handedly changed the way that scores were composed.

“When you are writing on the computer, you can perform every note as I do,” Zimmer stated.

This is where the modern score differentiates. Now that recording can all be done by one person, the score can be edited along with the film rather than after. They can also now set the tempo by how a film is cut and edited, allowing more freedom for the composer.

What a computer takes away is the individuality of each score. No longer are there spacey violins and long-winded flutes. That is substituted by quick percussion, piercing brass section, and rhythmic strings. Fifty years ago, you would often hear something like this recognizable motif from The Good, the Bad, and the Ugly. However, today, you would hear something more ambient and environmental, like the backing track in this scene from Transformers: Dark of the Moon.

Enio Morricone’s score is soaked in suspense and set the standard for spaghetti western soundtracks. It was crafted specifically for that scene. Zimmer’s score, on the other hand, creates a three-dimensional landscape that lives and breathes with every scene. No longer do you have themes that are associated with one character or situation, such as Hedwig’s theme or the Imperial March — known as a leitmotif. Now, as was heard in Zimmer’s work in Pirates of the Carribean, scores are often an ever-changing sound that can take the audience through various musical changes in one song. What you are able to do on a computer is create an atmospheric sound that is played almost with no end. It can be built up through action and slowed down for romanticism. It can even die down to nothing and a visual cue could bring it all back within in a few seconds, like in this scene from Avengers: Age of Ultron.

Let’s go back to the Marvel franchise. The Avengers clip is the perfect example of what a modern film score sounds like. You hear the music through the whole scene, but it is primarily devoted to the background, blending into the action. The music is telling you how to feel. At 0:42 an Avengers’ ship flies on screen as the blast of trumpets rise into the forefront of the track. Danny Elfman, the composer of Age of Ultron, wants to elicit excitement for the ship helping the crew. At 2:43, when Hawkeye is being attacked, the tempo of the strings pick up, creating a tension that makes the audience feel nervous.

In this scene in Ant-Man you can hear almost the exact same musical cues. The same simple brass patterns, the same low beating percussion, and the same rhythmic violins. Zimmer created this, and Marvel’s copied it down to a science.

However, it is not all bad — far from it actually. This new technique has allowed small artists and companies to reach beyond how a film is normally scored and create something completely new. Take the score from the film Swiss Army Man, for example. Directed by Daniel Kwan and Daniel Scheinert, it shows all the special ways life is worth living for, and to hear that emotion on screen Andy Hull and Robert McDowell (lead singer and guitarist for band Manchester Orchestra, respectively) create an acapella. It is played alongside the film like most modern scores are, but what is a better way to display the absurdity and ridiculousness that is human life than a sound that is totally human.

Another example is the film The Social Network — my personal favorite score of all time. Created by Trent Reznor and Atticus Ross of Nine Inch Nails fame, the score is as ominous as it is poetic as if it symbolizing the rise of Zuckerberg himself. Built on industrial sounds and added with poppy synths, this score immerses you in its world and doesn’t pull you out until the end.

Even more experimental big budget films such as Mad Max: Fury Road — led by Hans Zimmer’s own prodigy Tom Holkenberg — follows the same beats as Zimmer’s scores, but with an intensity and inspiration that it makes you feel invincible. The madness that is the percussion used here electrocutes with every bang and the pulsating violins add up to an apocalyptic nightmare that you don’t want to leave from. Even Zimmer himself has seemed to grow tired of his own formula, opting to reach more introspectively on films like Interstellar, almost creating a hypnotizing and ethereal soundscape that really the connection between the two main characters.

No longer do films have distinct melodies or themes associated with them, but alternatively, composers are now able to evoke audiences’ emotions through textured scores. The music is created from the scene and adds another layer to it, instead of a hummable melody being placed onto a character or scene. In the past 20 years, scores have seemed to move on from this — onto something that creates a musical landscape.  With this new style, composers create richly layered sounds that play into the visuals, making each scene more textured. And who knows, maybe in thirty years we will be reminiscing about how great The Avengers theme was or how memorable that one song in Avatar was.