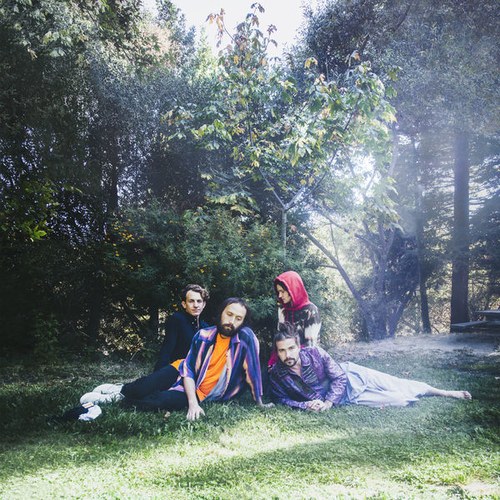 The Evolution of Blockbuster Soundtracks

Big Thief’s last album, Capacity, spoke to the band’s ingenuity and authenticity, exemplifying their ability to turn childhood trauma and growth into a dynamic narrative.

“UFOF,” the band’s most recent single, manages to maintain this lens, provoking the listener to inhabit a state of mind that reminisces of love and loss.

The song shares its namesake with their up-and-coming album, which is expected to debut May 3rd, and acts as a promising precursor for their third record.

Adrianne Lenker, frontwoman of Big Thief, draws from her complex past when writing her music. Born into a religious cult in Indianapolis, Lenker lends her creativity to the unorthodox environment she grew up in. Her dad raised her to be a pop star, but as she grew older, she veered away from this well-worn path and created Big Thief. In working with guitarist Buck Meek, bassist Max Oleartchik, and later, drummer James Krivchenia, she was able to establish a following that garnered her respect and recognition within the indie-folk genre. In 2016, the band released their debut record, Masterpiece, and, one year later, came out with their sophomore album, Capacity.

“UFOF” is just as raw as its predecessors, embodying the nostalgic appeal that the band has maintained throughout their career. The song itself is soaked in yearning — in the first two lines, Lenker gently whispers, “to my UFO friend.. goodbye, goodbye” — and through it, she explores the casualty of impermanence. In painting a realistic portrait of relationships, Lenker rejects the proverbial happily-ever-after and instead embraces the tender pain of loving and living.

With luck, U.F.O.F. will continue to uphold Big Thief’s lofty legacy, but, for now, we must patiently wait. In the meantime, I’ll immerse myself in Lenker’s melancholy genius by listening to UFOF on repeat. If you’d like to add to the noise (and tears too, likely), then check out the song below.

Ethan Hundertmark is a Cal Poly English sophomore and a KCPR staff member. Image credit to Cage the Elephant.