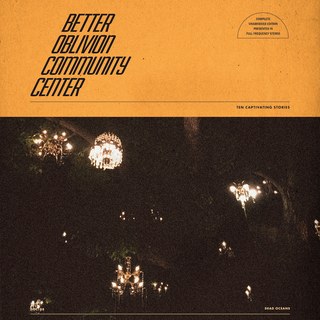 A Deep Dive Into Ween, the Band that Birthed Bikini Bottom

Collaborating is nothing new for Conor Oberst, who has worked with everyone from Neutral Milk Hotel, Of Montreal, Jim James, Emmylou Harris, and Ben Gibbard. Those was back in the 2000s when indie kids were getting tattoos of I’m Wide Awake, It’s Morning lyrics and crying to Oberst’s singing of validation and confessions of emptiness.

If you are reading this, there is a good chance you grew up on Bright Eyes, and there is a good chance they resonated with you. It resonated with all of us. The soulful, sensitive boy ruminating about the American heartland had the same sort of following that a boy band would have at the time. But that was more than a decade ago. Oberst is now 39, his hair hints of gray and teeth stained yellow by nicotine. He has put out 14 albums since his debut with Bright Eyes and won all types of accolades.

In 2015, Oberst saw Phoebe Bridgers in concert and it was almost as if he was looking into a mirror of his younger self.

Bridgers, who has been pegged as “emo and death-obsessed,” first listened to Oberst in eighth grade circa 2007 when Bright Eyes released Cassadaga. Although not sharing the same small town sentiment as Oberst, she sings of the same honest woes.

“Jesus Christ, I’m so blue all the time, and that’s just how I feel. Always have and always will.”

The two singer-songwriter powerhouses finally came colliding together for the first time on the track “Would You Rather” on Bridgers’ 2017 breakout album, Stranger in the Alps. I have compared the two — and with intention — but I want to make sure to give Bridgers credit as she has become a star on her own terms. Whether that is giving a big ‘fuck you’ to Ryan Adams in her hit single “Motion Sickness” or collaborating with friends Lucy Dacus and Julien Baker to form the indie-rock supergroup boygenius. Three years into her first major release, Phoebe Bridgers has made a name for herself. So, when Conor Oberst approached her to make an album, it seemed like a no-brainer.

Wanting to stray away from the cliched, gender divided duet albums, the two sat down together for a couple of months to write and record the album on their own terms. This plays along with their apt band name, Better Oblivion Community Center. Oberst described their name in an interview with NME.

“To me, it reminds of like, impending doom mixed with a community center, like we are all in this together.”

Laid back in its nature and eclectic in its sound, the record finds humor in its own dread while creating time for personal and sincere moments. It is a sonically comprehensive album, from the folk-pop and ripping guitar solos of “Dylan Thomas,” to the emotional wreckage of the singer-songwriter highlight, “Chesapeake,” to electro-pop on “Exception to the Rule.” There is even an attempt at an emo noise-rock sound on “Big Black Heart.”

The release finds humor in its lyricism as well. Bridgers and Oberst sing about conspiracy theories and the “four-dimensional chess” that President Trump playing us on “Dylan Thomas” and the fake performative empathy and materialism on “Didn’t Know What I Was In For.” Bridgers sings,

“Says she cries at the news but doesn’t really.”

Later in the song, Bridgers groans about the obligation of existence, singing how “living is just a promise [she] made.”  They also share moments of sparks that have died on “Sleepwalkin” asking,

“Is this having fun? It’s not like the way it was.”

Tom Waits said he likes beautiful melodies describing terrible things. Both Oberst and Bridgers stick to their habits of doing just that on this release. While this record does show the sadness and despair they experienced in their lives, it is filled with quips and jokes. They experiment and make fun with their guitars and voices. It’s warm and fuzzy, and because of its diverse track list, each song is unforgettable in its own way. You can remember the chorus after hearing the first few seconds of a track, and it’ll have you wanting to shout it at the top of your lungs.

And you can. Better Oblivion Community Center is coming to the Fremont Theater on March 11th. You can snag tickets on the Fremont’s website or at Boo Boo Records.

If you can’t make it, take a listen to their live performance of “Dylan Thomas” down below: