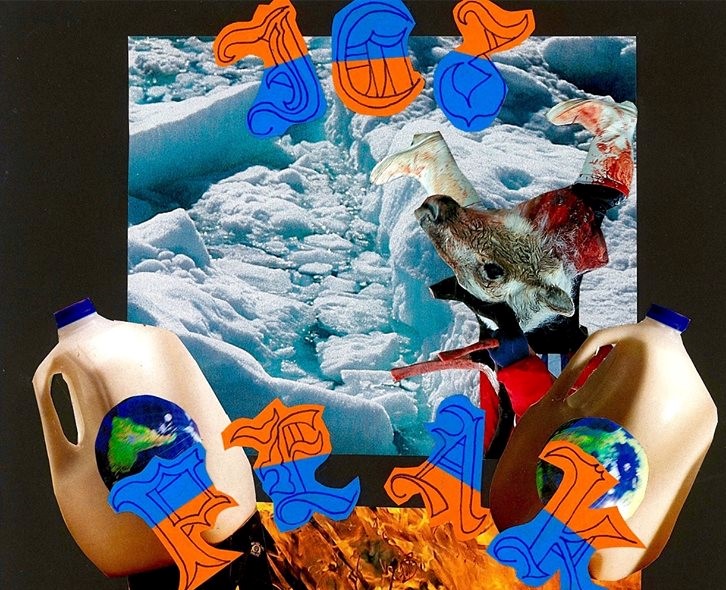 Girlpool – What Chaos is Imaginary

Music & scream are IC3PEAK’s universal languages — they called out the Russian government and the world listened.

Feeling like your anxiety and angst transcends this earth? Feel like listening to something shriek to the beat of your mutilated soul?

This is the kind of music that harpies would listen to — if harpies existed in the 21st century and wanted ethereal, yet edgy, electronic music.

That’s how I described the Russian duo IC3PEAK to a friend three years ago while I was at the peak of my witch house phase. Nastya (Anastasia Kreslina) and Nick (Nikolay Kostylev) formed the group six years ago in Moscow, but they made waves worldwide in the witch house community with their glittery, experimental take on the genre. There was a shift in 2017 when IC3PEAK began releasing music in Russian instead of English and their music style began to utilize more trap and glitch elements.

Regardless of genre, Nastya and Nick have described themselves on multiple social media platforms as ‘audiovisual terrorists,’ emphasizing the duality of IC3PEAK’s distinct style through both their music and visuals — album art, music videos, overall aesthetic.

Although IC3PEAK has been largely absent from my playlists for a couple years, recent activity on their social media has caught my attention. Following the transition from English to Russian, IC3PEAK’s latest releases also comment on the ‘reality of life’ in Russia. However, this change elicited attention from the Russian government, as evidenced by a litany of troubles that IC3PEAK endured during their Russian tour this past year.

Venue owners alluding to political and police pressure caused last-minute concert cancellations, turning the duo away at the door. As the tour progressed, it became apparent that local government authorities threatened some club owners with fines should they host IC3PEAK. Even if the group managed to find backup venues, police attempted to sabotage those concerts. Hours-long drug searches were conducted on the IC3PEAK members or inside the venue itself; the latter occurred in Saratov, a city in southwestern Russia.

Meanwhile, concertgoers waited outside in the freezing cold in the hope that most attendees would give up and leave. At another venue, police beat up IC3PEAK’s manager, Oleg Mitrofanov, when he tried to let shivering fans into the venue.

All this information came initially through IC3PEAK themselves. Both Nastya and Nick kept fans in the light through the whole ordeal, posting honest status updates most actively via social media. The two were vocal about being followed around cities, abrupt police investigations and arrests, and their frustration at the nebulous reasons behind these tribulations. In several cities, people pointed IC3PEAK to a particular music video they had released for their song, “Смерти больше нет” (“Death No More”), in October before the tour.

For a better understanding of the situation, I talked with my friend’s roommate, Vladlen (Vlad) Zolnikov, who grew up and lived in Russia up until starting college at Cal Poly. Although I saw the “Смерти больше нет” music video prior to interviewing Vlad, he provided valuable context behind the images and music.

For parts of the video, Nastya sings while sitting atop the shoulders of an enforcement officer. The building in the backdrop of these scenes is actually the headquarters of the FSB (ex-KGB, equivalent to U.S.’s FBI). Two lines Vlad noted of importance were “You will be detained with the others at the square,” and “I walk out to the street to stroke the cat but he gets overrun by the police car,” which reference instances of Russian protests and police brutality from the past two years, respectively.

In regard to the government’s response to IC3PEAK’s message, Vlad opined, “…it’s not that much of censorship… but an attempt to eliminate (not physically) those who go against the government’s agenda. These music videos are available on Russian YouTube. The censorship comes when the government-controlled media either distorts or cover[s] the information.”

For example, while Russian citizens were well-aware of fans’ protests over IC3PEAK’s tour troubles, the news was not covered by Russian media. It was not until media outside of Russia — namely the UK — started talking about IC3PEAK did the government-controlled media acknowledge the issue, “but purposefully interpreted it in the way that the protesters were criminals and their claims are baseless and pointless.”

Scrolling through IC3PEAK’s tagged Instagram photos to get a grasp on fans’ reactions, I observed that some people speaking out about the issue are from the U.S. It may be hard for some of us here to understand exactly how freedom of expression in Russia differs from ours — though I make this claim not intending to dismiss the fact that there are stifled groups and viewpoints in our country. These aforementioned American fans express outrage, but more importantly, incredulous disbelief at the censorship and suppression of certain expressions in Russia.

On the other hand, the situation in Russia may not be at all different from what some musicians experience in the U.S. The first related thing that came to mind was G-Eazy and Logic’s Endless Summer tour — in particular, images of the tour in which G-Eazy is standing on stage with a backdrop that reads in blatant, bold lettering: “F*** DONALD TRUMP.” Off the top of my head, I don’t recall the Oakland rapper suffering any troubles on his tour with his relatively much more explicit, politically charged message.

But upon closer examination, “FDT,” (acronym for the message and the name of the song that started it all) did evoke unenthusiastic responses from the government. The original “FDT” song by YG (feat. Nipsey Hussle) threw him onto the Secret Service’s radar, their first music video shoot was broken up by LAPD, and the song was almost not released in fear of negative reception. The 2016 Endless Summer tour occurred after “FDT” had already been released and popularly received. YG made “FDT – Pt. 2,” featuring G-Eazy and Macklemore, four months after the predecessor; the sequel was the version played on tour. This second time around, notable negative responses came primarily from the artists’ fanbases — but the amount of support lost due to Anti-Trump sentiment was insignificant and the rappers were happy to rid themselves of fans offended by such political stances.

Returning to IC3PEAK, I believe that many fans share my appreciation of the duo’s transparency and their diligent commitment to their supporters. Not only were fans able to keep updated with happenings, but IC3PEAK also fought to find backup venues and hosted concerts in the streets when unable to find clubs willing to host their performances. The Russian tour ended on a strong note of perseverance from IC3PEAK’s latest status update on social media and their subsequent Chinese tour was devoid of obstacles that characterized the Russian one. I do not foresee trouble for ICE3PEAK’s upcoming European tour either.

The group made a deliberate change in order to speak with fellow Russians about Russian problems, sans language barriers, knowingly alienating some non-Russian speakers in the process.

Even so, support for IC3PEAK continues to flourish worldwide, especially as Nastya and Nick have now gravitated to the forefront of this cultural resistance against the Russian government. Their transparency in handling censorship issues garnered international attention — and admiration — because anyone can understand freedom of expression, regardless of the language it’s in. 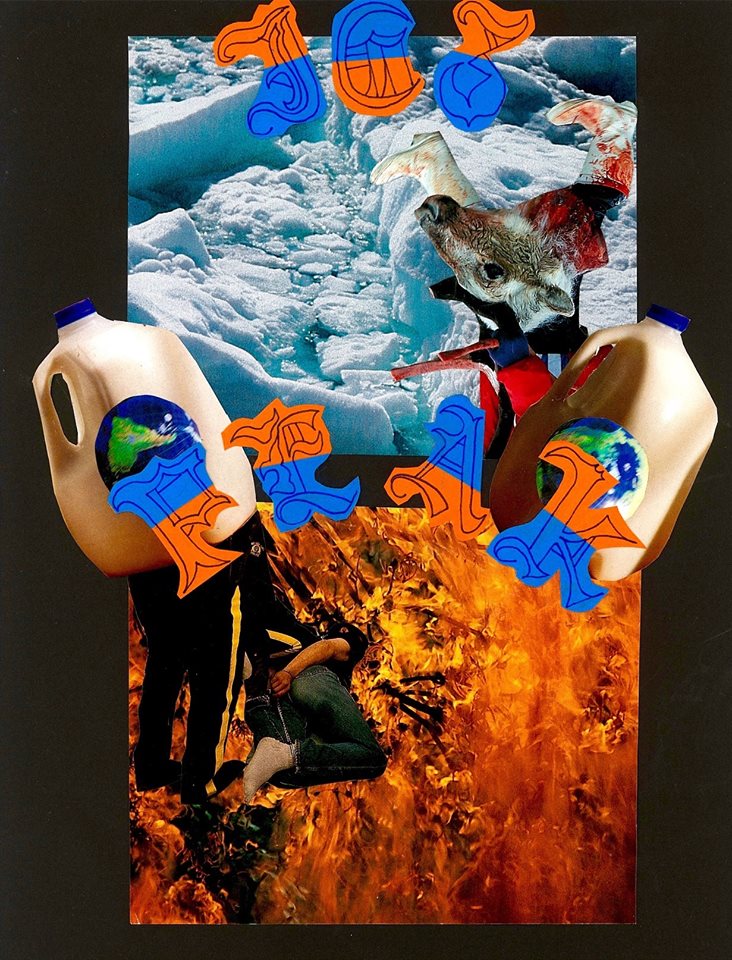