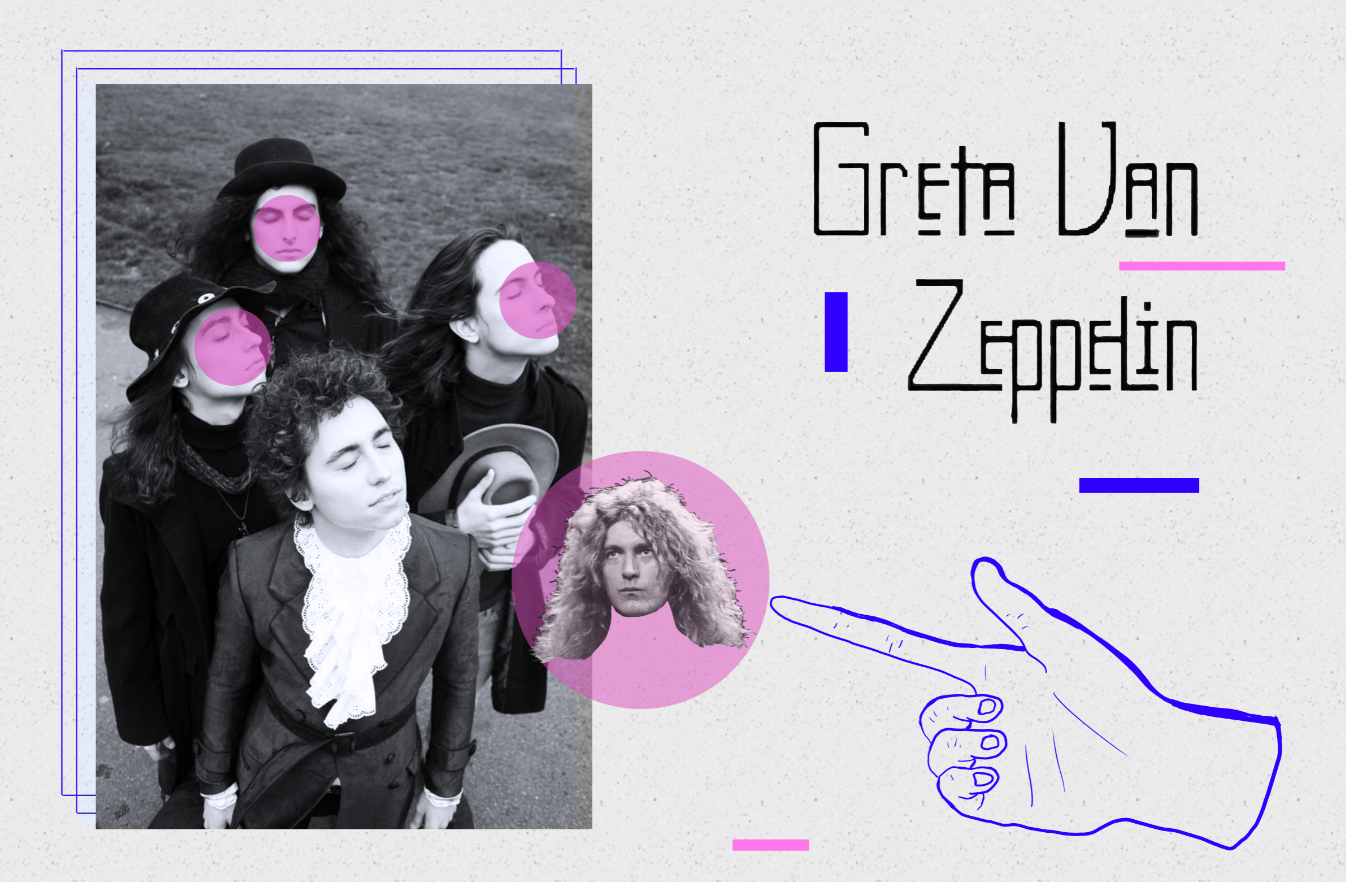 This article is the second part in a series on copying in music. To read the first article, “Foxygen: Why Copying isn’t Always a Bad Thing,” click here.

Greta Van Fleet has been lurking in the back of my mind — and YouTube recommendations — as “that one band that sounds a lot like Led Zeppelin.”

While everyone else was off listening to the latest BROCKHAMPTON album, Greta Van Fleet was developing a cult following with undying faith that they have the ability to bring classic rock n’ roll back to the mainstream.

For those who insist that modern music is terrible and that they were “born in the wrong generation,” Greta Van Fleet is the single saving grace in an era full of lifeless electronic music.

For music critics, though, Greta Van Fleet’s latest release, Anthem of the Peaceful Army, has stirred up a considerable amount of controversy.

With appearances at Coachella and on national television programs like The Tonight Show, the Kiszka boys had cemented their place in music this 2018. Anthem of the Peaceful Army was the first release from the band following this steep rise in popularity. The album represented an important step for the future of Greta Van Fleet:

Would they continue to exploit classic rock nostalgia, or would they forge a new sound to revolutionize modern rock music?

For those with high hopes, the album was disappointing to say the least. Of course, loyal fans received the album with open arms, but the critic reviews were mixed. The most scathing of the reviews was the brutal 1.6 out of 10 coming from Pitchfork’s Jeremy Larson.

“Greta Van Fleet sound like they did weed exactly once, called the cops, and tried to record a Led Zeppelin album before they arrested themselves.”

So, what did Greta Van Fleet do to get called a “vampiric band who’s there to catch the runoff of original classic rock” bringing an album of “stiff, hackneyed, overly precious retro-fetishism”?

The biggest criticism of the band is their inability to escape the box they have been placed in. Greta Van Fleet will have a hard time standing out as anything more than “that Led Zeppelin sound-alike” if they continue to stick to the guidelines that their predecessors established for them.

There’s a reason that Larson compares Greta Van Fleet to middle-aged classic rock cover bands: they sound like one.

Despite the bands composition of talented musicians, they are problematic because of their inability to create an original sound for themselves. Sure, in a musical landscape completely bereft of “classic rock” bands, Greta Van Fleet stands out, but place them next to even the most average bands of the era and they lose their gimmicky charm.

You might be asking, “how can you make the case that Greta Van Fleet is exploiting an era in music, but Foxygen isn’t?”

While the ‘pastiche’ label gets tossed around between skeptics of either band, there is a key difference between the work of Foxygen and that of GvF. I want to preface that this argument is highly contingent on personal taste, but there must be a more analytical reason that Metacritic has Foxygen ranked at an 8.6 while Greta Van Fleet remains at a less-than-satisfactory 5.2 out of 10.

For Foxygen, pastiche is part of their sound. Their albums feel less like an attempt to imitate the sound of an era and more like a collage that plucks moments from a period in music and distorts them through a modern lens. It is easiest to hear this on Foxygen’s track “On Blue Mountain,” which clearly riffs on songs from 1960s legends such as Elvis Presley and The Rolling Stones — while maintaining an original sound.

Foxygen does not just do this with one particular era, either. Though they are most commonly known for the “almost ‘The Velvet Underground’” style they captured on We Are the 21st Century Ambassadors of Peace and Magic, their 2017 release, Hang, shows off the more whimsical side of Foxygen. On the album, the band gracefully prances through the historical sounds of Hollywood, best captured in the crescendos of the opening track, “Follow the Leader.”

Greta Van Fleet, on the other hand, opt to emulate a sound of an era with excruciating strictness. Their own creative expression is lost in an album that sounds like tossing Led Zeppelin, Cream, and Rush into a blender. The problem that people have with the band is made explicitly clear when listening side-by-side: take a listen to Led Zeppelin’s “The Rover” off of their 1975 release, Physical Graffiti, and compare it to Greta Van Fleet’s “Highway Tune,” released 42 years later.

In all fairness, Led Zeppelin is far from innocent when it comes to ripping off other musicians. That does not change the fact that they are often regarded as one of the greatest rock bands of all time. To quote a comment responding to “The Rover” from YouTube user Frank Burns, “I don’t give a rat’s ass if LZ never wrote an original song, even if everything they did was ‘plagiarism,’ they brought a power and feeling to the shit that was one of a kind.”

Can Greta Van Fleet bring that “power” and “feeling” that Burns mentions? I think that “bitter music snobs” like Larson might never concede.

Either way, it is ironic that Led Zeppelin, a band who reached the status of legend through stealing and copying, is the band to get ripped off all of these years later.

Jakob McQuade is KCPR’s Editor-in-Chief and a Cal Poly journalism junior. He wrote the article. Renee Kao is a KCPR staff member. She created the illustration.