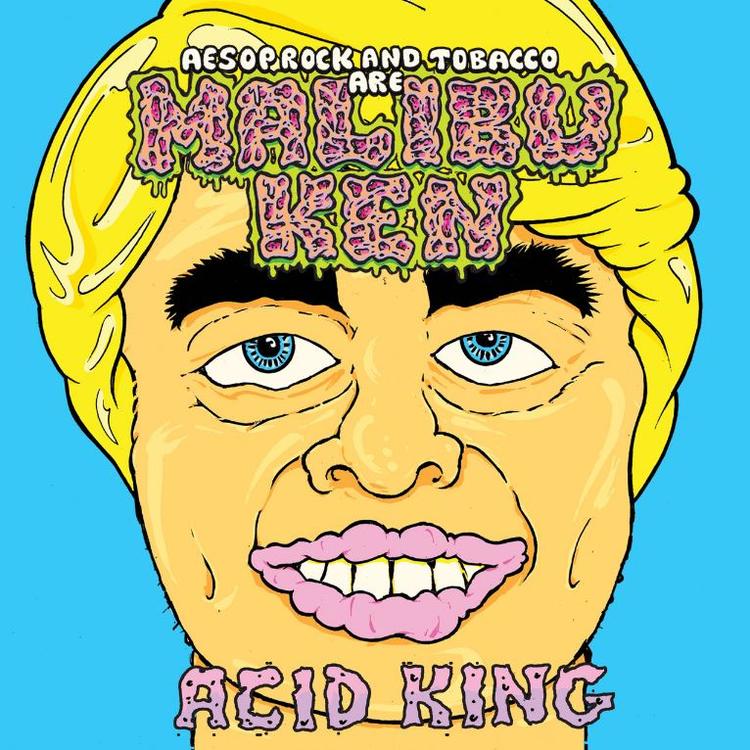 The track is a preview for their upcoming self-titled album, scheduled to release January 18th.

The song features rich lyrics from Aesop Rock that tell a true story about “Kasso the Acid King,” who killed his 17-year-old friend Gary Lauwers in 1984 in the name of Satan. The dark, bare, and focused lyricism on the track are reminiscent of Captain Murphy’s “The Killing Joke,” in both aesthetics and feeling.

The music video for the song is artfully done and creates a pretty unpleasant visual that complements the story’s descent into madness. It begins by showing a seemingly normal cartoon guy rap the song lyrics. However, as it continues, the boy begins to become more and more disgusting and diseased until eventually, his face literally falls off due to decay. This could be an artistic portrayal of evil, but it could also be a literal representation of the young man who was killed rotting in the cemetery where he was murdered until he was moved weeks later.

The duo’s upcoming album is off to a strong start and could be a fantastic addition to our music libraries when the new year comes around. The full track listing is currently on their Bandcamp, and from the titles, it seems like the album will be pretty twisted, intense, and well-crafted.

Watch the twisted music video for the single here:

Nick Bishop is a KCPR content contributor, DJ, and a Cal Poly junior. He wrote the article. Image credit to Malibu Ken.